The opening hour of Spider-Man: Miles Morales had me feelin’ weak. Hearing Miles say, “I’m New York’s only Spider-Man!” followed by the beat of Jaden Smith’s “On My Own” as I took my first swing in a snow-covered New York City might be one of the Blackest gaming moments I’ve experienced in recent years. Don’t even get me started about his Timbs. And while nothing could have taken away my ear-to-ear smile in those early moments, I can’t help but linger on the last line Miles says after Peter Parker swings off-screen: “Please don’t screw this up!” If I didn’t know any better, I might have thought Insomniac had pulled the very thought from my subconscious.

In 2011, Brian Michael Bendis’ Death of Spider-Man arc would ultimately lead to fan-favorite Peter Parker biting the dust only to be replaced by a young Afro-Latino boy named Miles Morales. The revelation that Miles would be taking over the Ultimate Spider-Man mantle had loyal neckbeards shitting themselves and Black people like me rejoicing. I’ve always been a casual Spider-Man fan, mainly a lover of the films and games, but when I came across concept art for Miles it felt like a door long-held shut had finally opened. This isn’t to say that I wasn’t exposed to Black superheroes prior to this point (shoutout to Static Shock, you’re still the realest!), but Spider-Man felt like something on another level.

I was there on day one for the release of Ultimate Comics: Spider-Man issue 1. At Argos, my local used bookstore, I glided across the dusty floorboards over to the comic book section. Sandwiched between books of muscly men was a milky white plastic slipcover encasing Issue 1. I bought a copy, rushed home, and ripped open the plastic. Hiding within that white facade was a Black boy. Seeing Miles for the first time, his crispy fade, his caramel skin, his lanky body swinging across the cover, felt like a reflection. A portal to seeing myself in that suit. I felt that I, too, could be Spider-Man.

Let’s get a few things out of the way, Spider-Man: Miles Morales is a great game. I had a blast playing Insomniac’s first foray into the Spider-Verse with Spider-Man but playing as Miles just feels better. Watching the way Miles haphazardly swings through NYC as he becomes Harlem’s protector is just as electrifying as his powers can be. There are high-highs in the game, whether you’re free-falling from buildings or placing a Miles Davis record on the turntable at the crib. These moments feel alive with color and care. But everything feels a little bit short. After a year that has made me feel as if I’m losing my ability to breathe, the brisk pace of Miles Morales feels a bit asphyxiating. 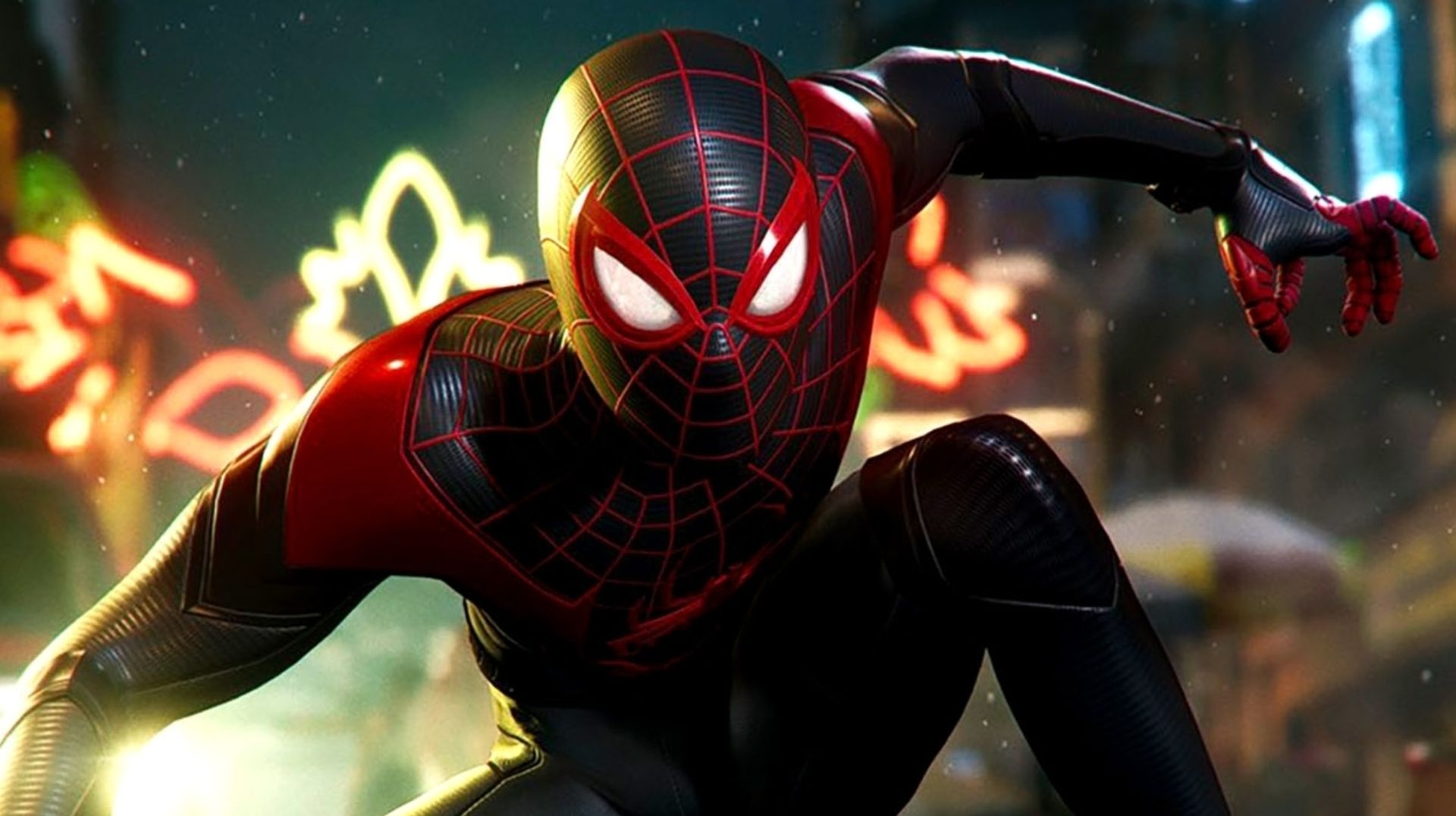 The more I played the game, the more I found frustration in how the main storyline zips through well-trodden superhero tropes: an old friend returns and complicates Miles’ already complicated life, and, oh wait, they are also the bad guy…But we should still sympathize with them! Whenever a statement is made, the game often finds ways to backpedal. It finds a way to cover all of its bases. Miles Morales succeeds at painting the outline of a story that wants to complicate the ways in which marginalized folks resist capitalism, authoritarianism, policing and more. But I often felt as if the game stumbled to fill in the details.

This isn’t to say that you can’t teach an old dog new tricks. While the basic conceit is rote, I was surprised to see the story even dip its fingers into ideas around resistance, Black Lives Matter and the ways in which everyday people can effect change within communities. But I soon realized that many of these ideas – as tangible as the tear gas many inhaled trying to make this country recognize the basic humanity of black bodies – were going to be left out to dry or be reduced to essentialisms.

As Miles Morales’ popularity has grown over the years we’ve been graced with exceptional entries into his canon with works like Into the Spider-Verse. I love that film, I’m not sure how one couldn’t. But with it comes a key problem in the entire conceit of Miles Morales as a character, one who has largely been written by white writers for the entirety of his existence. At the end of the film, Miles now having come into his own as the Spider-Man of his universe tells the audience that, “anybody can wear the mask. You could wear the mask. If you didn’t know that before, I hope you do now.” 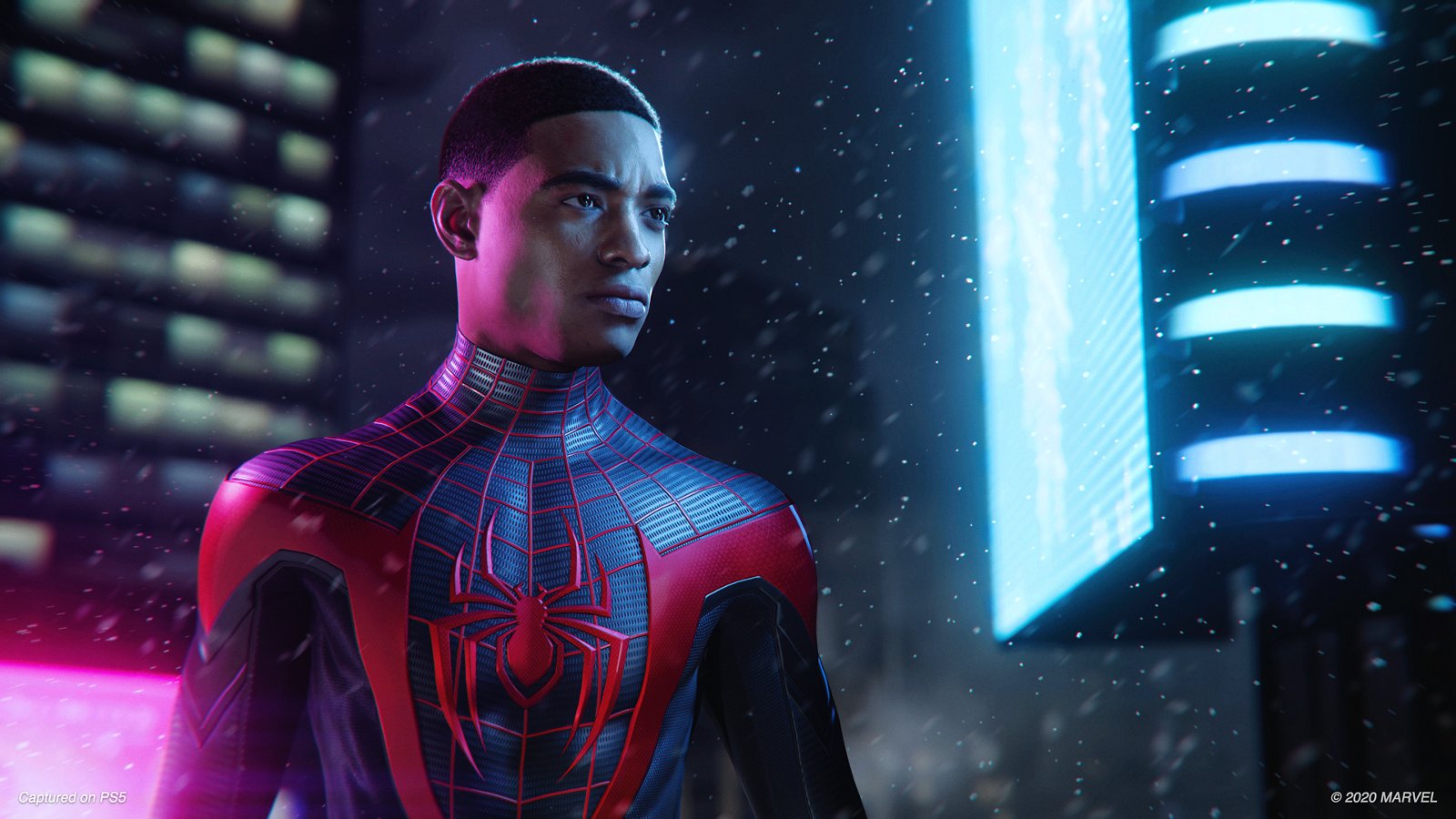 I appreciate how earnest this statement is, it not only is suggestive of where Miles is at in his own life, but also uplifts many people who will watch that film, see him, and for the first time in their lives feel seen. It has been incredibly easy for me to forget how seeing your reflection from time to time can actually be life-giving.

I cried watching the end of Miles Morales. Not at the climactic final confrontation, but at the moment where we see Miles dancing down the block dapping up and dancing with his neighbors as he heads home. I’m not exaggerating when I say this small moment takes my breath away every time I watch it. These moments feel so alive and I wish they were forefronted more. They make me imagine an otherwise where there are moments like that one – where we see Miles living in a way only a Black boy could – everywhere.

But on days when I’m feeling my most cynical, I hear statements like “representation is important,” and I cringe. Not because I disagree – I wholeheartedly agree – but because it feels so easy to say. 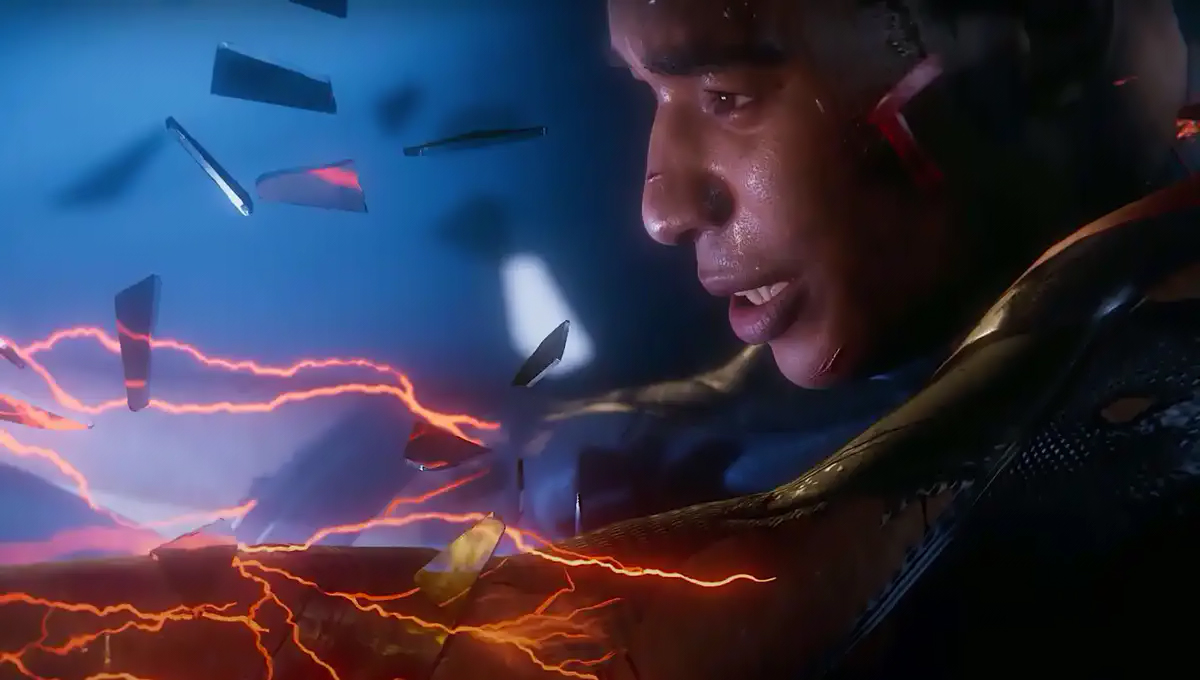 I’m tired of the shorthand.

Gita Jackson wrote a phenomenal piece about this for Vice called “Black People are Always the Side Story,” so I’ll save y’all the retread and cut to the chase. I’m tired of our stories being pushed to the margins of the narrative to make white men feel comfortable. So many of the best moments in Spider-Man: Miles Morales are optional or missable: the Black Lives Matter mural, most of Hailey’s scenes, learning more about Uncle Aaron and Miles’ father Jefferson’s relationship. 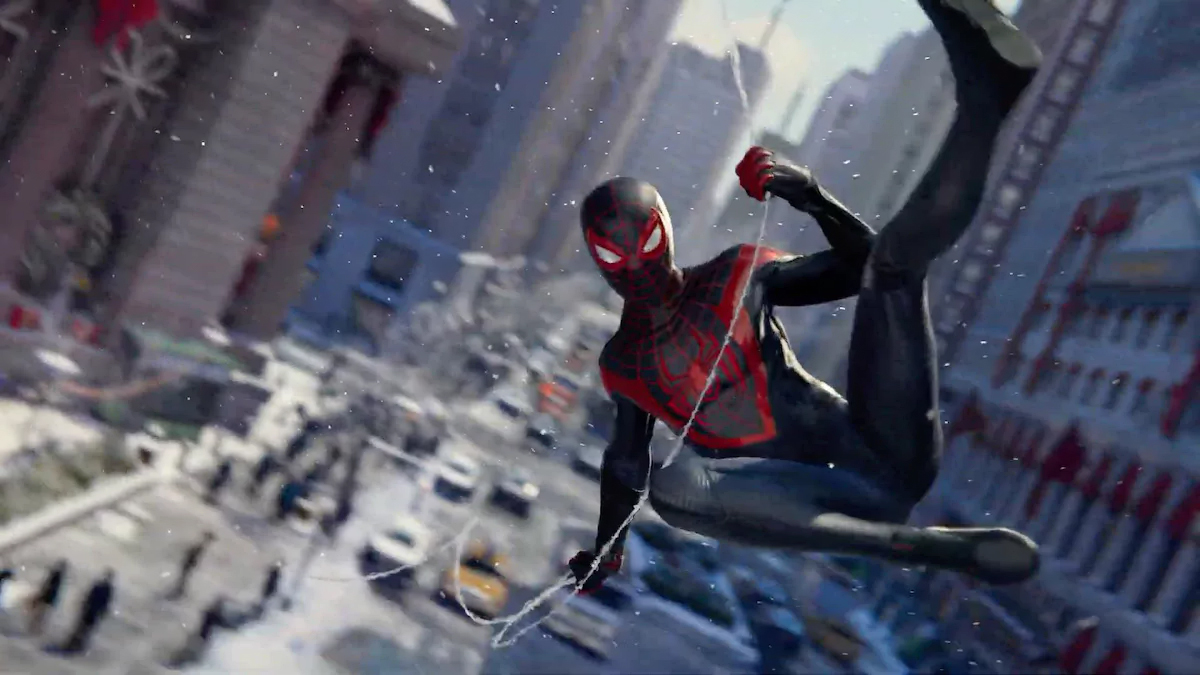 I want Miles to be able to say nigga.

I want Black stories to feel whole, to feel uncompromising and to take risks. I want Miles Morales to finally own the mask.

Phillip Russell is a Black writer based in Seattle, Washington, who is interested in race, masculinity and representation in popular media. He holds an MFA in Prose writing from the University of Washington and an MA in Nonfiction writing from Ohio University. His work has appeared in Fanbyte, Into the Spine, Entropy Magazine and more. You can find him tweeting @3dsisqo.

Heaven from the Other Side