In an essay discussing Call of Duty: Black Ops Cold War’s empty, if elaborate visual direction for Bullet Points Monthly (which I co-edit), Edwin Evans-Thirlwell described one of the game’s first missions as “. . . rammed with period touches such as taped-up customer Polaroids, walls of car license plates and year upon year of toilet graffiti. This is an intensity of research and location design most developers can only dream of, and yet, the first thing the game asks you to do is leave the premises.”

Games like these, meant to be experienced with the sprint button held down, serve as examples of the thoughtless level of expenditure which has come to be expected from big-budget, triple-A videogames. As players, we’ve become used to carelessly dashing through spaces full of beautiful and painstakingly crafted detail, which are meant only to serve as ephemeral flavor, not to be examined or truly seen. 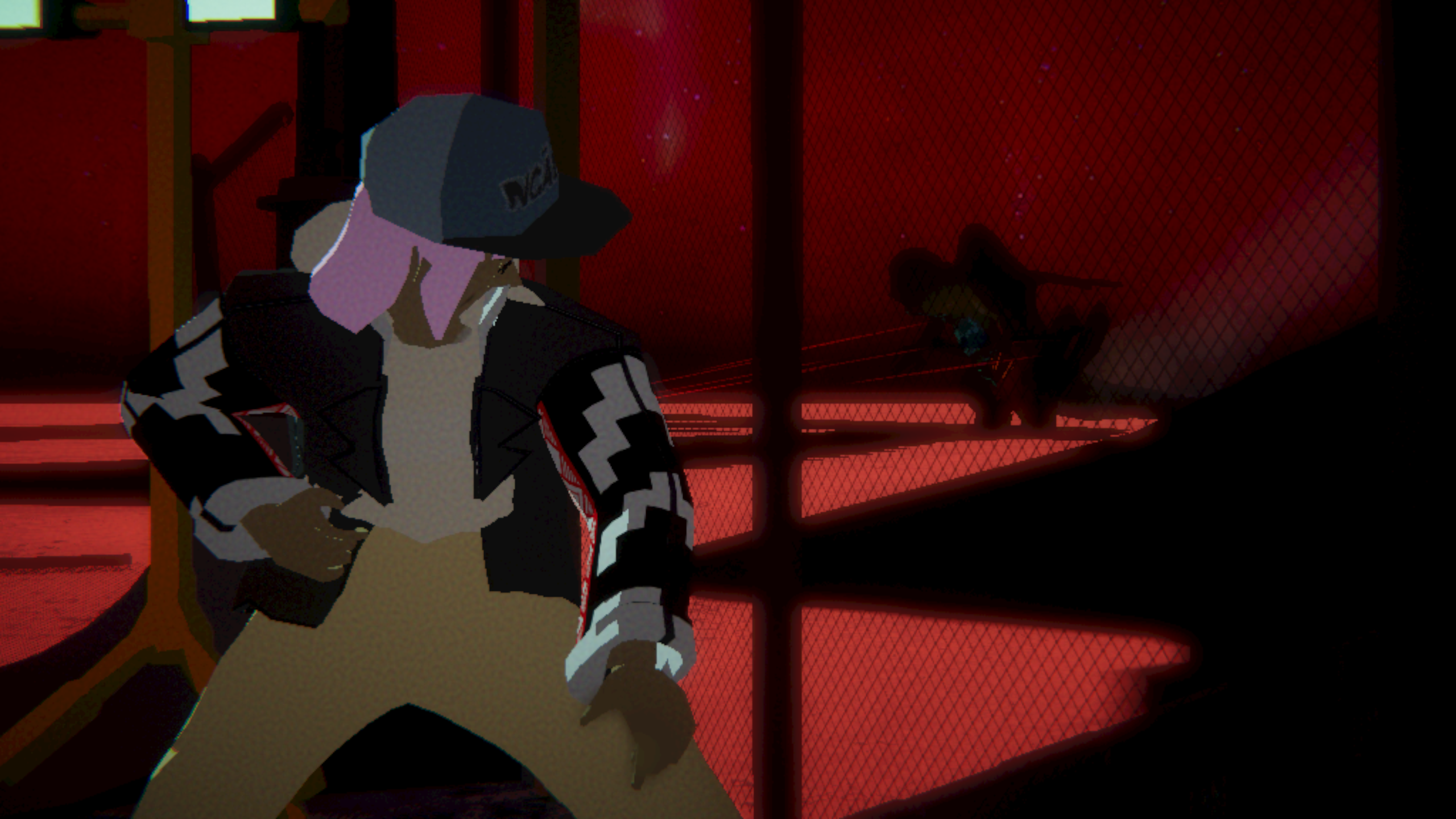 It’s the bizarre dissonance inherent to games like Cold War: these are the fun games, there to be entertaining, to be enjoyed casually, not studied so much as quick-loaded on the console after finishing dinner and before going to bed. These games are escapist playgrounds to hang out in with our friends, vibrant amusement parks full of content rather than specific objects to be examined. Yet occurring in tandem with this forced frivolity is a pressure which continues to build in alarming ways. We’re one (perpetually sold-out) foot in the new generation now, our fun must be had in 8k at 80fps, with DSLL, Ray-Tracing and instantaneous load times. As an inevitable result we’ve seen videogame price tags skyrocket and endless stories of grueling developer crunch, as the people making these games are asked to produce more and more with the same, sometimes even less.

And for what? Beautiful worlds we can remark on to our friends for maybe the first few days before it all gets taken, once again, entirely for granted? Before the passive expectation sets in and the dazzle wears off? We’re not primarily here for the worlds of these games; they’re a useful setting for the bombastic action that tends to happen within them, but they aren’t the real star, not the precise subject of our excited interest.

Ironically, it’s smaller games like Umarangi Generation that show us what it looks like when the world is allowed to shine. In it, you play as a photographer tasked with recording various ephemera and vistas in a grim, neon, futuristic setting, where hipsters skate and throw up tags as giant squids and robots trade laser fire over the horizon. It’s a game which fills its world, like its AAA contemporaries, with tons of stuff to see. But unlike these games, Umaranagi doesn’t want you to miss a thing. Your mode of interaction is not a gun or a sword but a camera. Your purpose is to observe, both from afar and right up close, this vibrant and intricate space. Your goal is to uncover all of its curious, exciting, clever and funny little details. 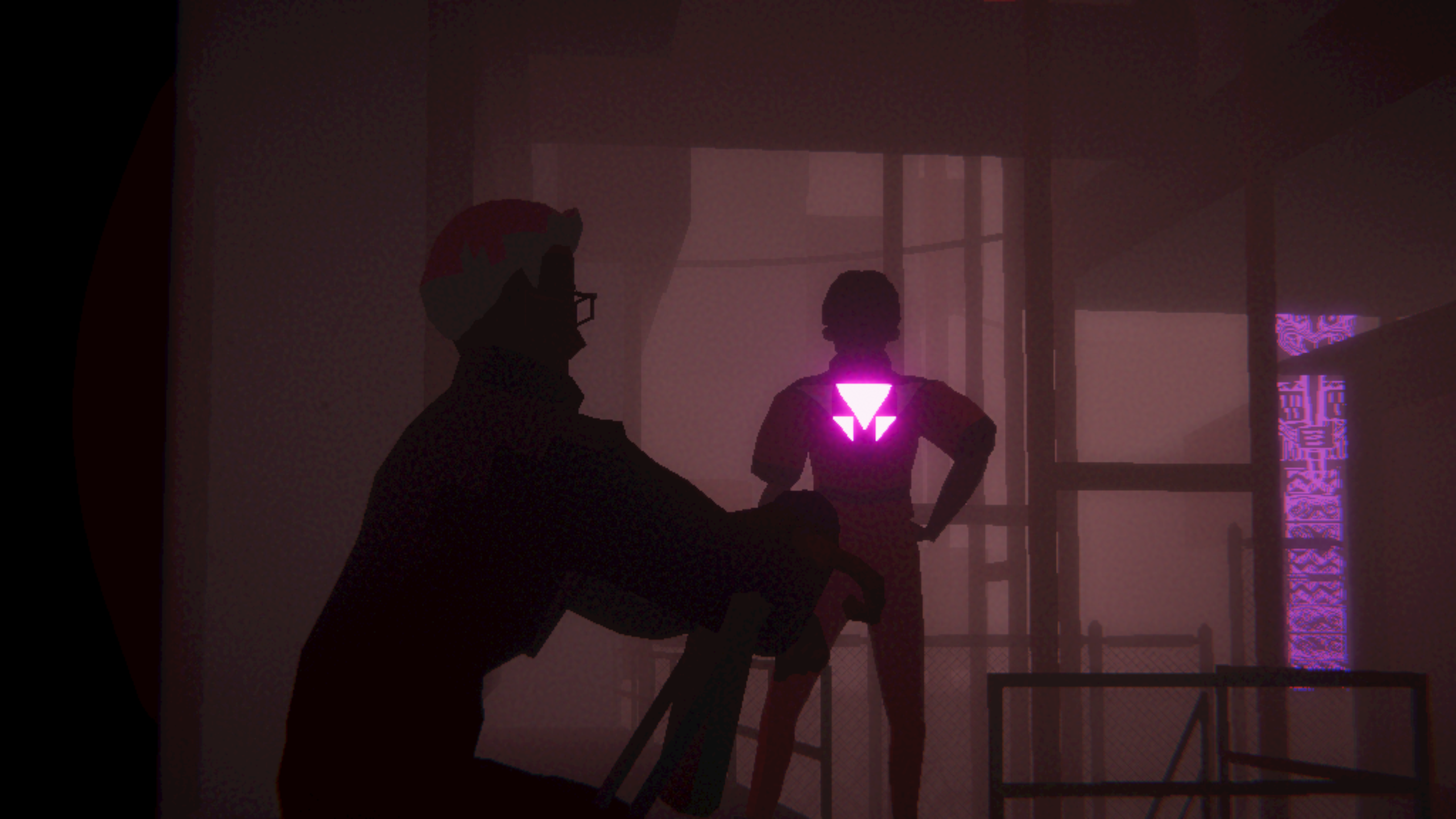 Though Umarangi has a bonus timer and a check-list of items to photograph (holdovers from games like Jet Set Radio which it knowingly pays homage to), it also encourages players to explore and experiment. It gives us an ever-expanding assortment of lenses to play with, color-correction dials to tweak, and it saves all of our photos to the desktop, ready to upload and share online. A lesson I quickly absorbed while playing was that I should take my time with Umarangi’s world. There’s nothing preventing me from sitting in these spaces, from learning about what each one is for and what kind of people live in and spend their time in them. It’s hard to resist reading every last sign or billboard as you run around searching for perfect shots, impossible not to begin to recognize the characters who show up in subsequent levels, like the hot smoking guy, or the breakdancing roller-blade punk.

This is part of the pleasure of playing something which asks you to look, not just to act. Together with the game, the player also helps construct its space. Its presentation is thus a joint effort. The colors, the shapes and the layers are all laid out, patiently waiting to catch the player’s eye; it’s how each of us frames, captures and shares our impression of Umurangi’s cyberpunk cities that fully completes the game’s picture.

As technology continues to race ever-forward in the search of ever more impressive levels of fidelity, more detail and bigger production values, it remains important to continue, as the audience, to ask why. Games are not broad buckets of content but highly specific experiences. They guide us to engage with their worlds in specific ways towards necessarily specific ends. There will always be a place for the frivolous toy box or the adrenaline tapping shooter. And there is plenty to admire about seeing technology and art direction pushed to greater, more impressive heights. 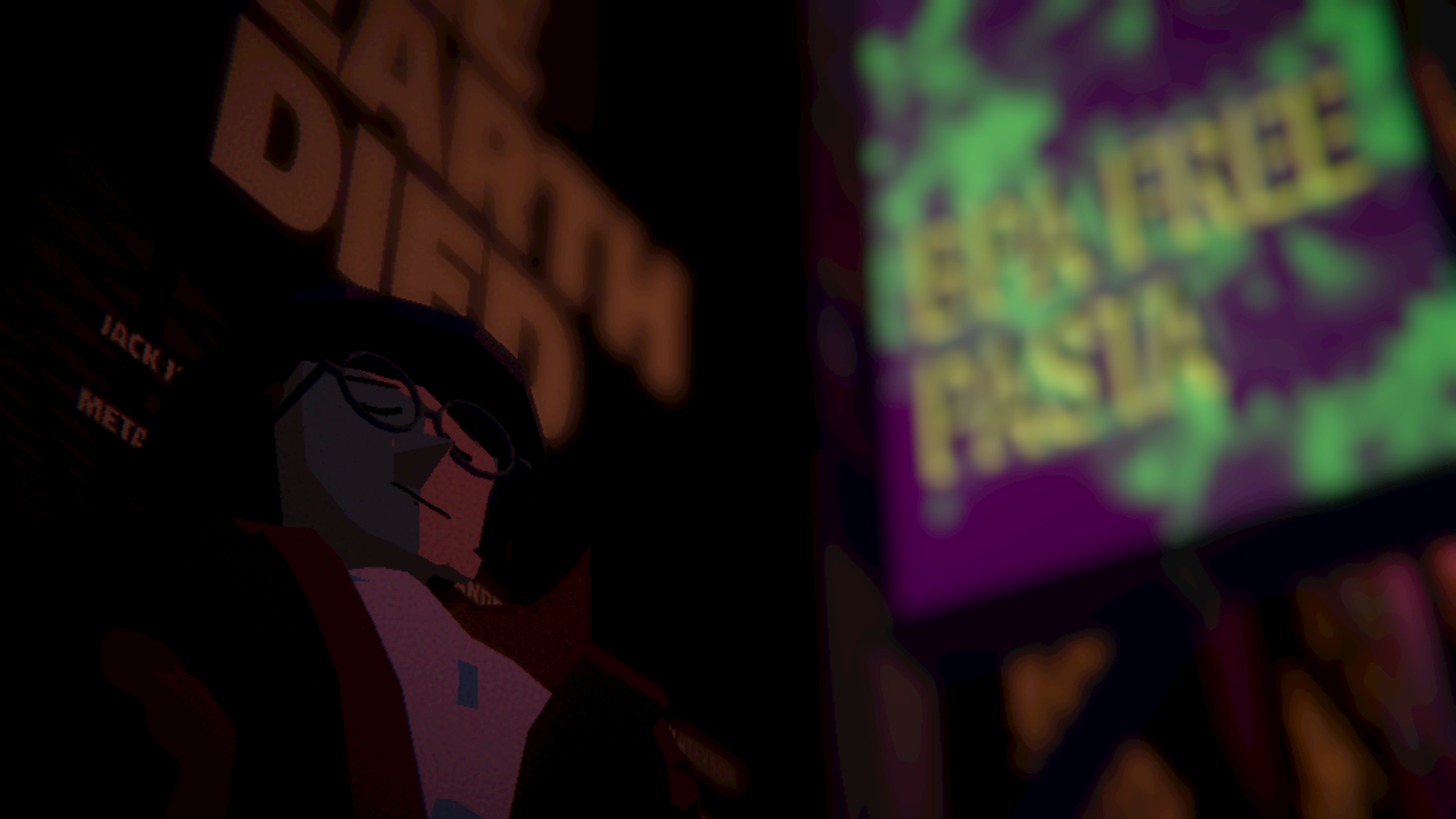 But the act of looking in one direction means having to ignore another. Umarangi recognizes and works within this limitation. When we lift up the camera to our eye, we swap out the wide view for the confined and tightly focused one. Umarangi’s loop bounces back and forth between the shifting and selective viewpoints of the photographer. It builds its worlds with bold shapes and high-contrast, fills it with parallax and depth; its design decisions are meant to draw our attention, with no pixel wasted, no object or detail that might, given the proper framing and context, allow the player to create something visually stunning and unique.

It’s a piece of art which knows its purpose, and wastes no energy pushing beyond its limits. As the triple-A industry grows ever larger and more top-heavy, its organizations need to internalize these lessons (and its workers desperately need to unionize). Any art with confidence trusts its audience to look where we are guided, and doesn’t fill the peripheries of our vision with sparkling emptiness churned out by exploited artists whose work we glide by, rarely ever stopping to look or to understand.