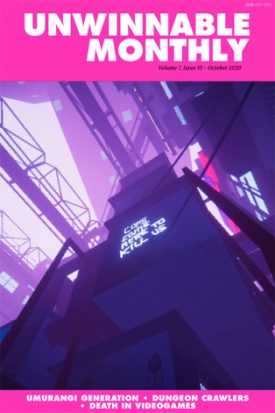 After five years, my original Series 0 Apple Watch broke. I could decry the state of disposal technology — how nothing is built to last these days, how they rip you off by making their own products obsolete as quickly as possible — but the truth is, my relatively ancient watch was working just fine until I left it charging in direct sunlight and melted the goddamn screen right off of it.

So now, after a few months of patiently waiting — not using my stationary bike, of course, because it doesn’t “count” anymore — I have purchased and received in the mail a shiny new Apple Watch Series 6.

I’ve only had it a couple of days, so I don’t have a ton to say about it yet. In short, I got the exact same color, material and band as my old one so it’s basically like being reunited with an old friend.

The big difference so far? The screen is slightly bigger, and there are new watch faces that take advantage not only of the added real estate, but also the vastly faster processor — which, compared to my old Series 0, actually makes it possible to, you know, run the blasted apps on it.

Naturally, I went right to work creating a watch face with as many complications as I could squeeze in. After a few hits and misses, I put together a configuration — described by my son Jacob as “WAAAAYYYY better” than my old watch — that at a glance tells me: the current temperature with the day’s highs and lows, the percent chance of rain, the date, my progress toward closing my three activity rings, my current battery charge, a button that instantly opens my podcast app, another that brings up my text messages and, oh yes, the actual time, in my preferred digital 24-hour-clock readout, all beautifully arranged within a classic but stunning white analog watch face.

I also made a backup face, solely for working out, which features my three activity rings, my current “move”, “exercise” and “stand” totals in large colorful digits, my heart rate, a quick link to start a workout, that same quick link to my podcast player and, yes, the time.