Autumn is, in one of its many associations, the beginning of the school year. The US tradition of long summer breaks, traced back to an agricultural economy, necessitates this rhythm, I suppose, but even in higher ed, where semesters[1] and quarters are self-contained, traditions centered around the preeminent autumn sport football dictate we begin with the fall term. This is to say, in the US, fall is understood as a time of departure: to the field, the school, the stadium. It’s a time of finding our way.

“To be orientated is,” as Sara Ahmed describes in Queer Phenomenology, “to be turned towards those objects ‘that help us to find our way.’” She continues: “these are the objects we recognize, so that when we face them we know which way we are facing.” If departing from the home necessitates a disorientation, then we can reorient ourselves with homing devices. Homes are, as she describes, “effects of the histories of arrival.” The arrival of others, who we consider others and how we arrive at our own home are all consequences of orientation. Which is to say: how we arrive matters. So, what does it mean to have arrived at the ending?

At the end of everything, hold onto anything.

In Night in the Woods, the autumn as departure is used to convey just how out of place Mae Borowski is upon returning to live with her parents. She arrives in Possum Springs, a once idyllic Appalachian mining town, in the night. The otherness, maybe even reluctance, of the cat girl is immediately felt as leftward movement, backwards in time, towards the town. As she travels back, the reasons for Mae’s arrival remain at once unclear and deceptively honest. What she knows at the time she seems to admit to. She just doesn’t understand what happened to her. 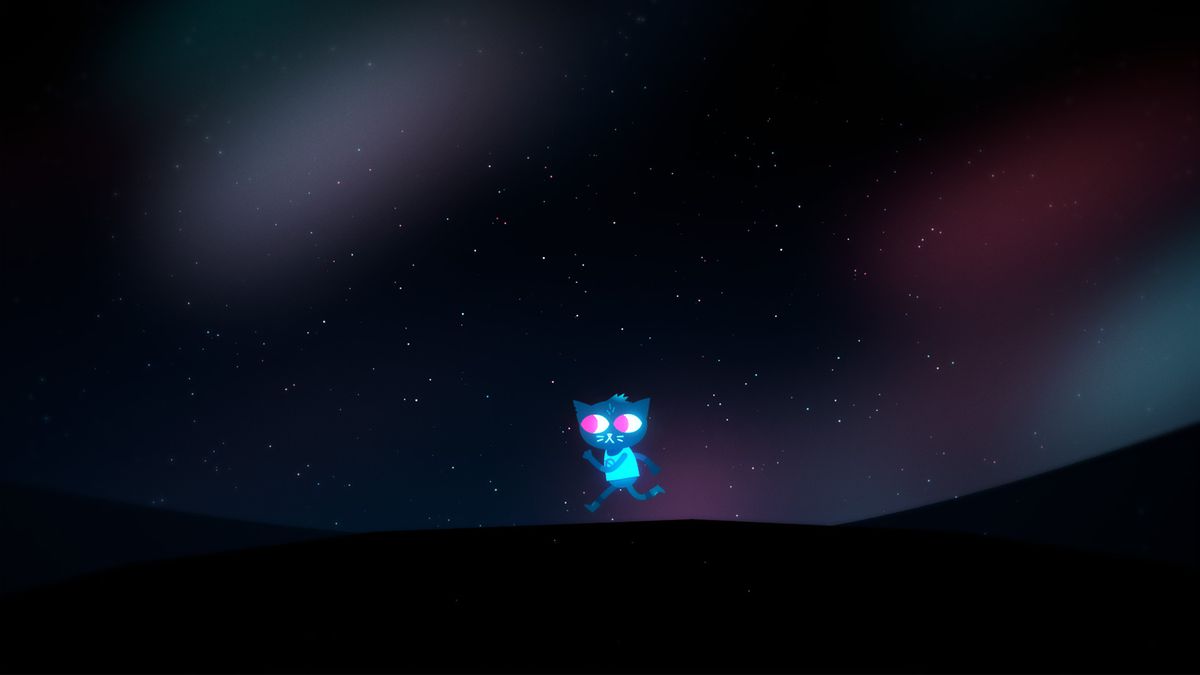 Mae seeks a return to some semblance of normalcy that happens to look like her senior year of high school. However, she’s regarded as affluent and out of touch for having gone to college and, while she’s still a bit of a punk, she’s not empathetic enough to relate to her financially independent friends. Errant Signal summarizes the tension succinctly: “Mae’s struggle to understand why she can’t go back to the way things were is both the struggle to grow as a person and a struggle to come to the grips [sic] with the socioeconomics of Possum Springs.”

The dying town functions as a parallel to Mae while commenting on conservative responses to late capitalism. The closure of the mine, which had once sustained local prosperity, followed by years of factory closures and the inevitable supermarket have left the town, or rather the people of the town, at a bleak, meaningless ending. The social systemic causation of the town’s misfortunes is misunderstood (like Mae’s depression) by the literal cult that attempts revive an elder god in the name of economic revival. It’s a stunning portrait of capitalist realism.

Mae’s disorientation is what reminds me of this autumn. If orientation is “how it is that we come to find our way in a world that acquires ‘new shapes,’” then the alienation of late capitalism is experienced as a dissociative episode where the familiar landmarks and faces around Mae become “just shapes.” Her dissociation prevents her from finding meaning in her surroundings and in the present until she resolves by the end of the game to hold onto anything. 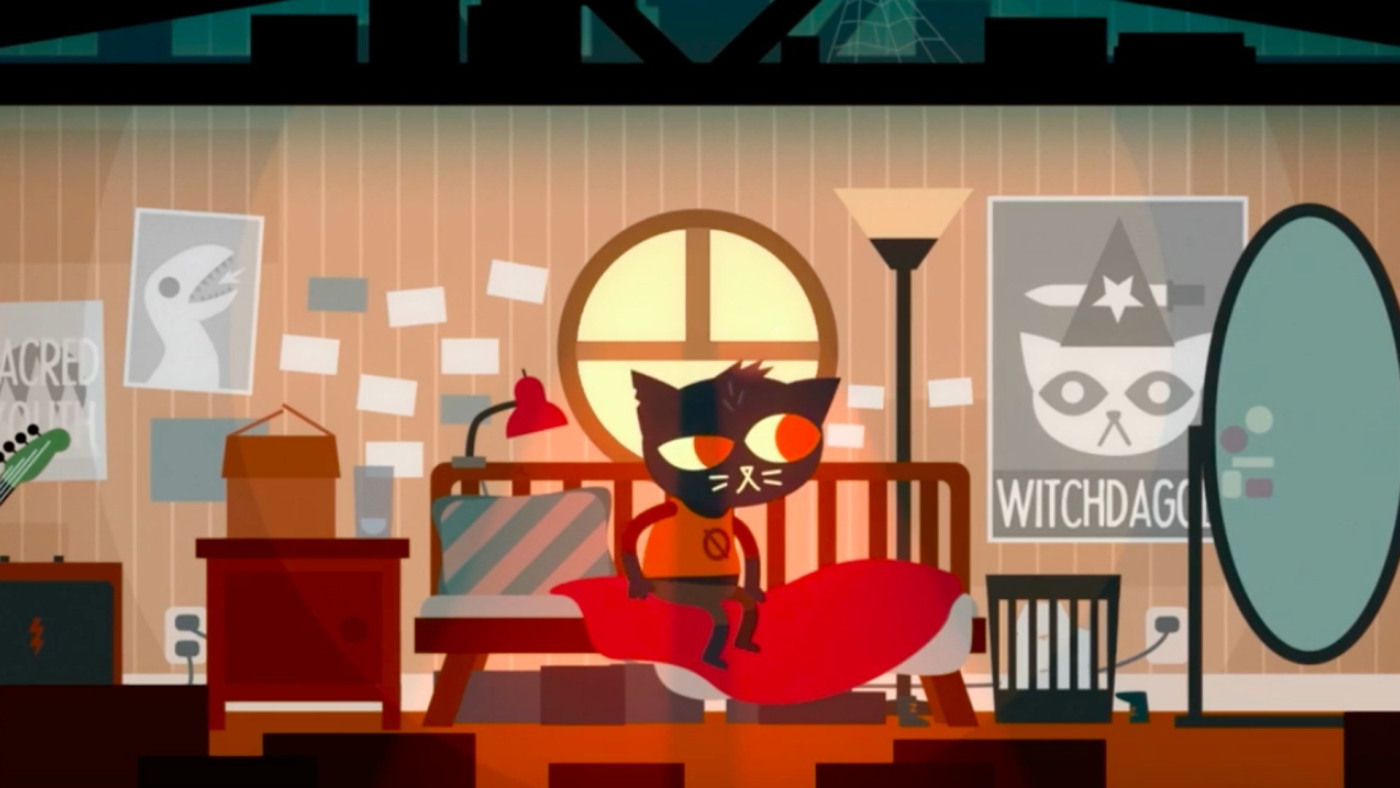 But Mae’s resolution is delimited by her place and perspective. To borrow again from Ahmed: “orientations involve different ways of registering the proximity of objects and others. Orientations shape not only how we inhabit space, but how we apprehend this world of shared inhabitance.” NitW could then be about the process of reorienting ourselves when lost without a homing device. As she reaches out for anything, she finds in her proximity friends, family, relationships.

This isn’t the only answer; we might just want to die anywhere else. We could embrace the loss of autumn, grow familiar with and within the lost and feel our way forward. This will take us somewhere else, or to the same place from another perspective.

I’ve dreaded returning to my own homeplace. In the disorientation of college, coming out and radicalizing, I’ve lost sight of the homing beacons that once shaped me in this direction[2]. Unlike Possum Springs, this town I now write in isn’t facing economic ruin (neither from a cosmic god of late capitalism nor even from the coronavirus), there aren’t enough zealots to form a cult of any belief and the season, as I’ve written before, is too hot and green. Also, it’s a suburb.

My discomfort in the suburbs and all it represents isn’t anything new. Defiance Ohio’s vociferous “Oh Susquehanna!” surmises my discontentment: “All I wanted [was] to be able to walk to the store, now I don’t live there but there’s too many stores, some apartments and a Sunoco.” Their prophetically titled 2006 LP The Great Depression illuminates the many other contradictions of both the suburbs and post 9/11 America that shaped the adolescence of my generation. As the “kids who populate these cul-de-sacs,” Mae and I were too young to have a political awareness of the systemic forces shaping our lives. 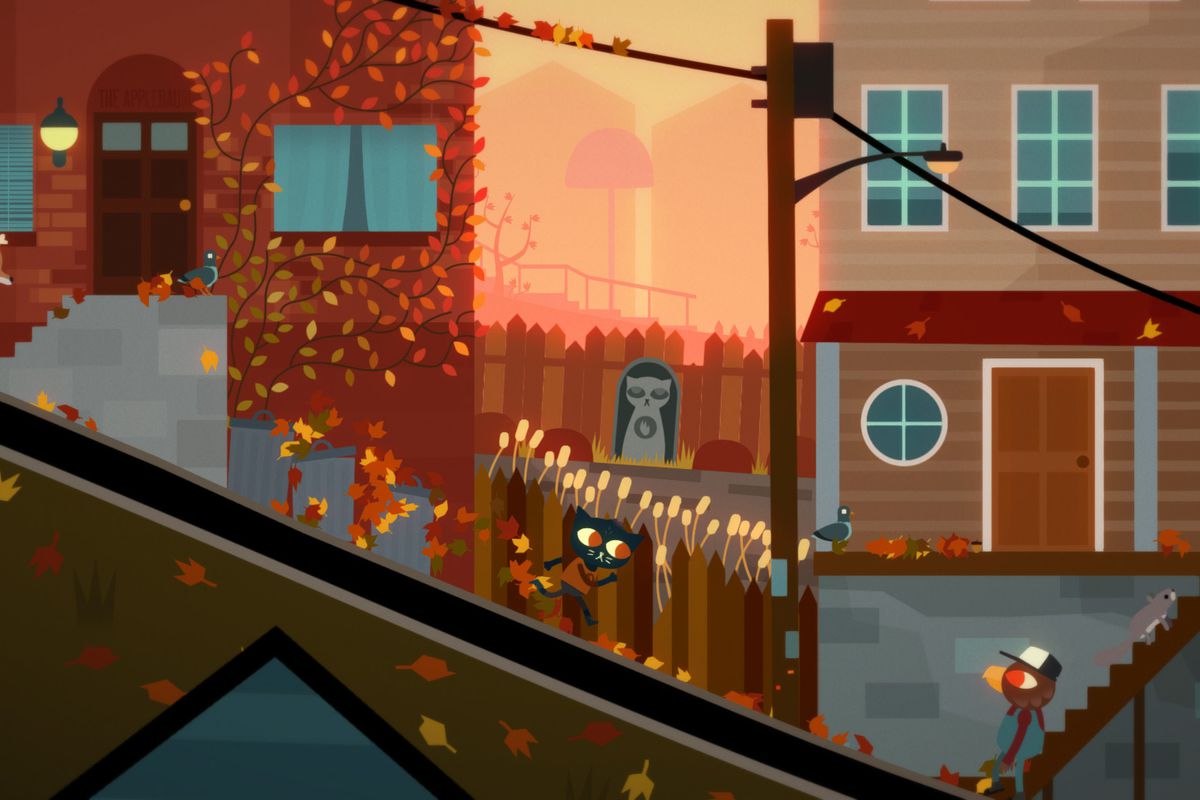 Still, their effects were known. The disorientation of Mae’s dissociation is echoed in the observation that “every trace of life it seems confined within a frame, the faces move from day to day, but the strips all look the same.” The conventionality of suburbs, their oblique (dis)placement upon the environments beneath them, purposefully lack a homing device. Whiteness, heterosexuality and aspirations of wealth are all that can find their place.

While I think NitW has an optimistic, if not practical, conclusion, I can’t find it in my own home. I can’t stay in this physical manifestation of neoliberalism, nor do I want to admit that all I can do during the dying spasms of late capitalism is hold on. And maybe that’s what happened to Weird Autumn, the figure that departs before Mae’s return. In her eponymous song, Bea sings “I only knew her a week before she went away.” Autumn’s house, we’re told, stays empty. She was gone one day, and weird it remains.

Autumn, Night in the Woods