Until recently, I had never been a fan of open-world games. I’d dismiss them as loosely connected fetch quests stitched together across mostly empty spaces, trading substance for length and thoughtful design for the gimmick of being able to go wherever you want (even if there’s nothing to do when you get there). While I was told I should love games like The Legend of Zelda: Breath of the Wild and Red Dead Redemption, they would usually leave me wandering aimlessly for an hour before quitting out of boredom, never to return. I could appreciate their ambition, if not their execution.

The longer life under lockdown continues though, the more I’ve been drawn toward games with lush open spaces. After powering through Dishonored 2 and catching up on The Last of Us Remastered in recent weeks, I’ve since been searching for experiences that are a bit less anxiety-inducing, seeking refuge in games awash in greens and blues rather than varying shades of grey and decay. After months of living under circumstances that are more confined than normal, staring out the window of my home office for 40 hours a week, the exploration that open-world games make possible has felt more appealing than linear narratives tightly packed with visceral violence. 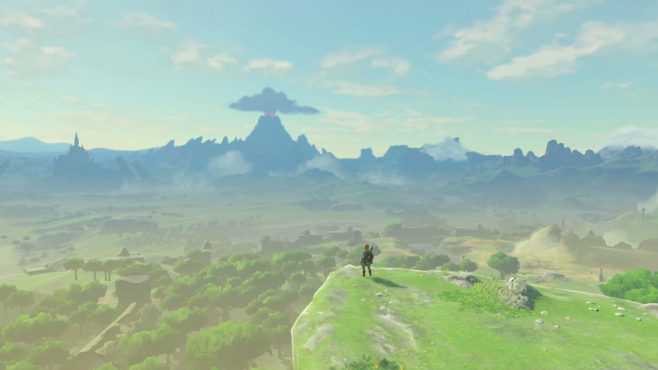 Even before the pandemic started, most of my life took place within a few square miles of my home. I have a short commute to work, the grocery store is nearby and most places I ever need to go are less than a ten-minute drive away. While I’ve been working the same number of hours each week as always, life felt busier back then too, running from home to work (and back over lunch), then doing whatever errands my wife and I need to take care of in the evenings. Very normal and boring grown-up stuff.

If I was going to play a videogame at the end of an ordinary day though, I always wanted to feel like I was making some sort of progress within the hour or so of free time I had available before falling asleep for the night. I’d need to finish a week of a season in Madden, for example, or make it the next section of a shooter before I could power down. If I couldn’t get the satisfaction of moving forward along a clearly defined progression structure, games would often leave me feeling unaccomplished, and mildly more stressed out than before, ironically when I was trying to unwind.

That isn’t the case these days. Leaving home less often means more free time and what feels like a slower pace of life, leaving more mental space to stop and consider how much the capitalist mantra of always being productive at all costs has impacted my routine, without conscious awareness of my own thinking and habits. Keeping busy isn’t a bad thing, but time off has always felt like a struggle to maximize every minute of relaxation instead of learning to let go. When days start to blur together and every news headline is worse than the one before it, not knowing how to take it easy has gone from an unconsidered personal weakness to a pressing mental health imperative.

When I looked through my backlog and decided to start up my copy of Horizon: Zero Dawn that had sat unopened for the last two years, I figured it’d follow the same fate as nearly every other open-world game I’ve rolled the dice on. I’d get a couple hours in, venture around for a while and then get frustrated when I couldn’t figure out where to go.

Instead, I found an experience that was willing to meet me halfway. While the main quest line is easy enough to follow without getting lost in the weeds of side-quests (which are eminently available if you want to pursue them), its world invites free-form exploration too. There’s a clear enough path in place to keep me from feeling too lost, but there’s also enough room to roam to scratch that itch for exploration, encouraging me to wander without getting so far off track I can never find your way back. Plus, its mechanics feel so satisfyingly fine-tuned that it rarely feels like a waste of time. 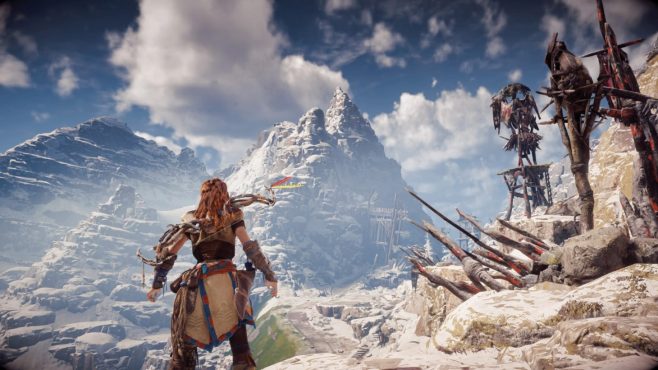 Feeling like I was beginning to get what I had been missing, I decided to give Breath of the Wild another shot, a game that had always felt too empty to be interesting and thus sat neglected in my Switch. Instead of allowing myself to feel frustrated with its lack of direction between points A and B, I decided to accept its invitation to freely explore without feeling pressure to jump from plot beat to plot beat. Approached with a fresh mindset, it slowly started to show its appeal; even in spaces where there appears to be nothing to do, there is in fact everything to do, from taking in the sights of its mountains and valleys, to crafting resources and uncovering new cooking recipes. And if I really want to figure out where to find the next dungeon, I can always look online.

Eventually, I came to realize that my long-standing frustration with open-world games had less to do with having too much space and not enough going on, and more to do with always wanting to get closer and closer to the end just to get the dopamine rush of crossing something off my backlog. Rather than trying to force the game to play my way, serving as little more than a measure of recreational productivity, I needed to slow down and settle into the more laid-back pace the game was built to encourage.

What I’m now looking forward to most with the next generation of consoles is the potential to make open worlds that feel more vibrant, offering both more meaningful density between waypoints and more immersive spaces to get lost in. With everything else about our future looking less certain than ever, the timing could hardly be better.

BoJack, Grief and Remixes in the TikTok Age