I’d like to do things a little differently this week and talk about something that’s been bothering me for a long time. You’re playing a game and things are going well. But then you have to do something Difficult. Pick which of your friends lives or dies. Shoot a doctor. Save your dog or save the world. But have you ever thought about…not choosing?

Imagine arriving at that pivotal moment. The moment the game has been waiting to pull back the curtain on. Now, imagine doing your best Bartleby and saying, “I would prefer not to.” Imagine leaving the game. Forever.

The act of playing a videogame is an invitation for interactivity. Play itself is an intrinsically active act. Nothing groundbreaking so far. But consider all the ways that games ask us to betray our standards and morals. Speeding down highways, putting innocent bystanders in danger, enacting colonialism and capitalism, even just bringing on violence to another person.

Some of these moral suspensions are easy. You have to get to where you’re going and you want to do it fast. Digital people aren’t real so they don’t have any feelings. Honestly, most of the time, the hook of the game always lies on the other side of that moral suspension. In order to progress, we must transgress.

The suspended drop is what happens when you cannot be reasonably convinced to give up yourself and play as a character. In effect, it’s what occurs when the veneer of roleplaying inherent in many narrative videogames fails to immerse us any longer. 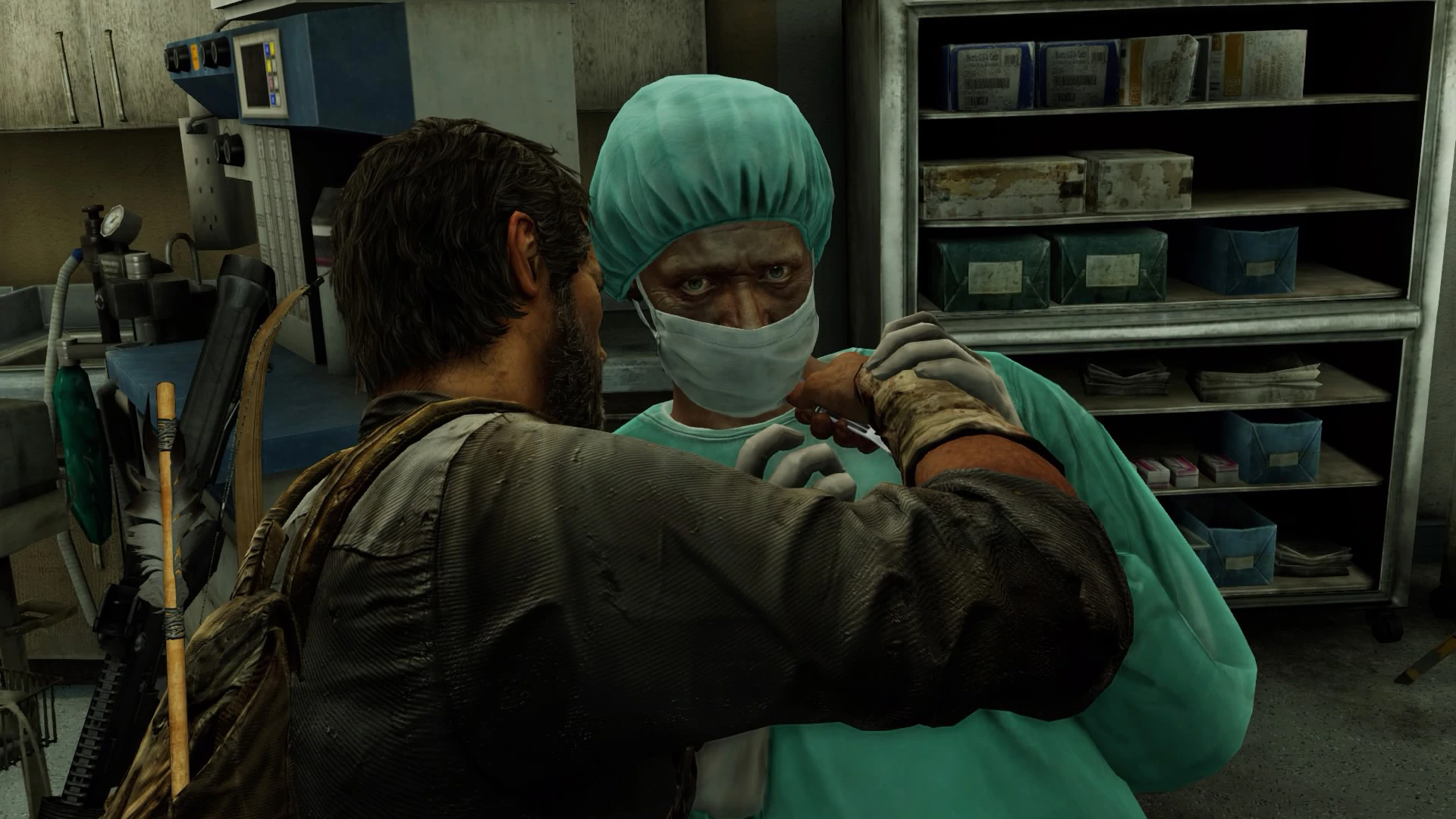 The Last of Us features perhaps the most egregious example of this. If you choose not to shoot the doctor, nothing happens. The game comes to a screeching halt, trapped in liminal space. The tension builds but it cannot climax until you take action. By this point the character on the screen and I have grown so far apart that I don’t see why I should be an accessory to murder, both of the doctor and humanity. So I don’t. I turn the game off and go make lunch, sticking Joel in a room with those doctors for eternity. A page left unturned. A beat that never drops. Joel’s gun, unlike Chekov’s, never fires.

This may sound radical but its not. Games need to give you a reason to act and, failing that, must take in account what will happen if you refuse to. It’s a bad ending. Not because Joel is an asshole but because the game gives us no reason to continue than “play by our rules or you don’t get to play anymore.”

It’s stunningly easy for highly scripted, narrative focused games to find themselves inches from this trap. Many take it on faith that the player will follow them down the rabbit hole. This is literally the entire conceit of BioShock. “We asked you to, and you did it, all without a thought because that’s how games work.” Except it isn’t.

Consider, in opposition, the beginning of Wolfenstein: The New Order. Early on, you must make a decision between saving Fergus or Wyatt. If you don’t, the Nazis shoot you and the game is over. I waited. I wasn’t going to pick who lived and who died. In effect, I chose my own death. And that’s a perfectly valid ending for the game. The Nazis won not because they had super weapons or Captain Blazkowicz fell into a coma. They won because he wouldn’t choose between his friends. 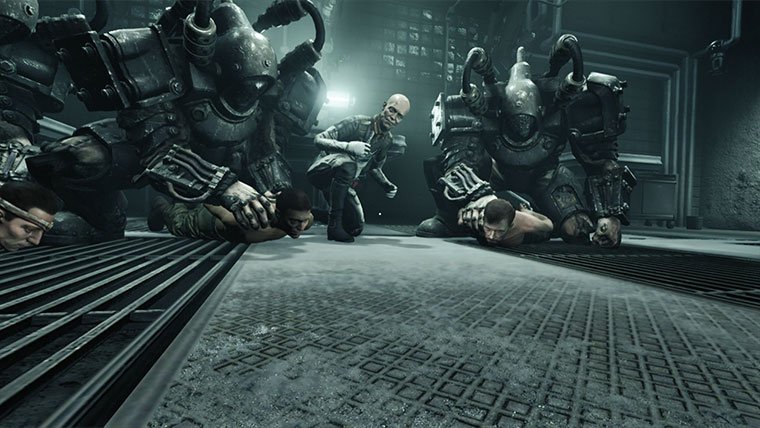 Even more boldly, Far Cry 4 offers us perfect example of the what can be done in the space between what a game is asking of us and what a game is telling us. Pagan Min tells us to stay and try the crab Rangoon as his men drag away one of the first people we meet in the game. Pagan has already been shown to be a sadistic man. Why would we trust him? The “cues” in the game are telling us to leave but Pagan is asking us to stay. Of course, you leave which begins your uprising against the tyrant and your quest to replace him with…another?

But what if you stay? What if you wait several minutes for Min to return? Min escorts you to the shrine dedicated to your dead sister. The shrine your mother asked you to bring her ashes to. Min explains how your father wasn’t a great guy, murdered your sister and drove your mother out of the country. He isn’t lying. He’s an asshole, but he isn’t lying.

Here, Far Cry 4 not only allows players to make a choice, it gives them conflicting information about it. Most people don’t even realize they’re even making a choice. The obvious solution is to flee Min’s palace, it’s what you do in videogames. You flee because you’ve seen the trailer, you know the game is about liberating outposts and blowing stuff up, not eating crab Rangoon. But if you overcome that “gamey” emotion to play into their hand, something beautiful happens.

Games that don’t account for player subjectivity miss out on their true potential. Players have feelings and emotions and developers shouldn’t discount that bludgeoning them with what they believe are the themes might not make them complicit in the narrative. It might actually infuriate them when they have to murder someone in cold blood to progress. Players aren’t the characters they play as, especially in narrative focused games. It’s good to remember that, or else more in game characters would be exposed as they are, lifeless husks begging for our attention.

Choice, Far Cry 4, The Last of Us, Wolfenstein