N.B.: In keeping with the creators’ request, all images are taken from before the end of chapter 3, “Yomi.”

Raging Loop is a horror visual novel that makes you care more about the ‘how’ than ‘who’ behind its mystery.

The best way I can describe Raging Loop skirts pretty close to how the VN markets itself.  You remember that Werewolf game you played back in school?  For the uninitiated, it’s like heads up seven up but with more murder.  Everyone puts their heads down. A certain number of students are assigned to be werewolves, others have powers (like checking a student’s identity, protecting one person, etc) but most are villagers.  Each round a villager dies, and the class has to vote to “kill” one werewolf after. The game ends when either the villagers have been wiped out, or all the wolves are caught. And Raging Loop follows that, to an extent.

The story follows Haruaki Fusaishi, who wanders into the mountains on his motorbike after a tragic breakup.  A series of unfortunate mishaps lands him in the dilapidated town of Yasumizu. Things are fine for a short while, until the mists roll in with death and misfortune hot on their heels.  Thus begins the Feast of the Yomi-purge, aka the werewolf game. During the night, the “wolves” among them will kill one villager, and during the day the people have to gather together to vote on who they believe is a wolf and must be hanged.  This neighbor-on-neighbor slaughter continues until either the humans or the wolves are wiped out.

Initially, Haruaki (and you as the reader through him) are merely observers of the feast.  The wolves never leave behind evidence in their homes that could point anyone towards them, and there’s no way to film them or set traps to catch a wolf during the night.  Finding out the identity of the wolves, therefore, hinges on how well people can argue that their neighbors, enemies, or family members aren’t behaving in a normal manner, or somehow know things they shouldn’t.  For a reader who’s used to mystery formulas that hinge on finding the murder weapon stored in a closet or collecting fingerprints on a door knob, watching people live and die based on the framing of someone’s argument or word choice was both fascinating and horrific.

Naturally things get worse and worse.  People die in increasingly terrible ways, the unveiling of the wolves near the end of the feast changes little, and even more people die.  Haruaki even makes a futile, last-ditch effort to save himself and a few others, only for everyone to subsequently perish. The mists close in, Haruaki accepts his fate, and… 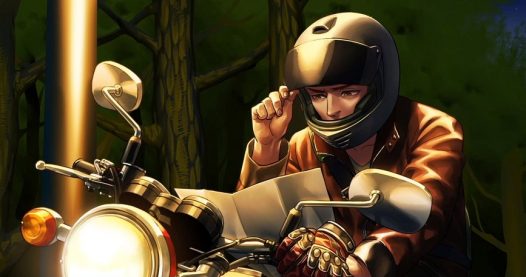 Suddenly we’re back on the mountain road several days prior.  Only this time, Haruaki has a few memories from his time in Yasumizu.

The loop in Raging Loop is the Feast of the Yomi-purge, and for some reason Haruaki has the power to go back in time within the loop whenever he dies.  In fact, dying and going back with more knowledge than what he possessed the previous loop quickly becomes the goal. Every change Haruaki makes has a domino effect; for example, his efforts to save two people who died in the first loop results in changing who the wolves are on the next loop.  It doesn’t matter if you remember everyone’s identity from the first go, but rather if you remember what they were like so you can find differences in personalities this time.

Raging Loop is not a story you can win by artfully dodging a horrific murder and unmasking the villains before the end of the Feast.  On the contrary, everything hinges on your willingness to perish or commit horrendous, inhuman crimes just for the chance at a scrap of information that could give you a leg up next time.  It’s not enough to identify the wolves and hang them all, because you’re not trying to find the killers. Your true goal is figuring out what’s trapped you in this loop, and what specific ‘win-condition’ must be met in order for you to break free.

I’ll be honest: I’m one of those people who sometimes only watches the last chunk of Criminal Minds or Bones because I read the episode description and just want to know who did it.  I don’t always care about how they did it, because the answer and end to the mystery in TV crime must always be identifying the culprit.  And while Raging Loop does expect you to identify the mastermind of the loop, that largely takes a backseat during the actual playthrough.  For the majority of the 20-something hours I read this, the focus was more on studying the people of Yasumizu, the mountain they lived on, the strange bits and pieces of their local religion that didn’t quite make sense when lined up next to their histories, and attempting to determine where the natural ended and supernatural began within the confines of the Feast.  My energy and attention is best spent slowly gathering information, making personal notes of things I find strange or not quite lining up with previously acquired data. You can only win this by taking your time, exploring different outcomes, and constantly building upon the information you’ve already picked up. 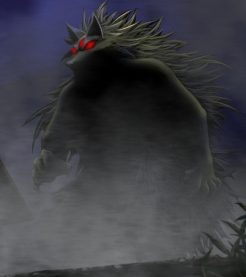 Naturally, in a story that expects your constant demise you can’t always make it to the end of a loop on your first, second, or fifth try.  Raging Loop actually has a great timeline system in place that’ll let you hop back to any choice made earlier in the story, and even shows whether the choice you made leads to a bad end or not.  This saved me the hassle of having to constantly save scum, and if you die in a way that nets you new information, you have the option of watching a smoking sheep pop up and give you a suggestion of which route you might want to try now that you’ve unlocked a new key of “key” information.  Certain choices only unlock once you’ve acquired information in another timeline after all, so it’s in your best interest to die sometimes.

That’s what makes Raging Loop such a good horror story.  Yes, it gets a little wordy at times and towards the end doesn’t seem to know whether it wants things to be more supernatural or caused by manmade events, but the story never loses sight of what makes Raging Loop so horrible.  Death is not just expected, but required to progress. You have to die. These people in the village (whom you grow closer to on each subsequent loop) have to die. Well-meaning elders, school-aged children, potential love interests, journalists who just happened to be in the wrong place at the wrong time, all of them will perish horribly again and again and again.  And as much as you want to protect them, deep down you’re carrying the knowledge that none of them can truly be saved from the loop unless they die, and you somehow make sense of those deaths.  Haruaki is painfully aware of this, even remarking that time in the loops seem to be scraping away at his humanity.  He was a scumbag before this, sure, but at least he was still human. All the same, he has to keep pushing on; it’s that or succumb to being trapped here in the same few days for all of eternity, after all.  With any luck, maybe he’ll be able to get out before he completely loses his soul.

Raging Loop is available on a ton of different systems, but I personally played the Switch release.  If you’re looking for a good horror game more focused on the occult and story-telling than jumpscares (but which will definitely be a serious time sink), I’d strongly recommend getting this.

Gliding by the Light of The Red Lantern