For the once seemingly-infinite British Empire, World War I, in spite of victory, was a low moment for its internal narrative, a blow to its aristocracy’s ability to point to God and crown as a good enough rallying cry for its soldiers. Though Britain had fought plenty of wars before, deadly advances in technology and blundering confidence on the part of its generals and rulers (“donkeys” leading “lions,” as the officer class was commonly described) meant that World War I brought a brutal reality not just to the commoner classes, who were quite familiar with it, but to those who led them, who had encouraged joining the war and were responsible for its horrendous outcomes. For the first time, the wealthy and influential, the effective nobility of modern England, had to reckon with the ugliness of war on an unheard of scale, as well as the longstanding scars that this ugliness could leave on a society’s self-image long after the war itself was done and over with.

Nobility meeting with stark reality is an ever present theme in Koei Tecmo’s Fire Emblem: Three Houses. You play a young mercenary who’s been hired to teach a class of students at a religious monastery cum officer’s academy called Garreg Mach. These students are mostly the children of wealthy nobles and have come to the monastery to be trained to lead armies in battle before ultimately taking over the seats of power held by their parents and relatives. Despite this rigidly traditionalist path, it becomes clear, as you play the game, that there is an undercurrent of unease among the students about the future role of nobility, and their place in a changing society.

Yet, until the final act of the game, during which the titular three houses go to war with each other, much of what you wind up doing in Fire Emblem amounts to a de facto reaffirmation of nobility and all its social trappings. You teach your students advanced military maneuvers, and invest points in their “authority” skill, allowing them to function more effectively as officers. You shore up your mutual “faith” ability by leading students in hymns in the cathedral. You harvest rare plants and flowers from around the continent and, finally, you invite your students to join you for private tea parties, complete with towers of sandwiches and pastries and rare tea blends from far flung locations. 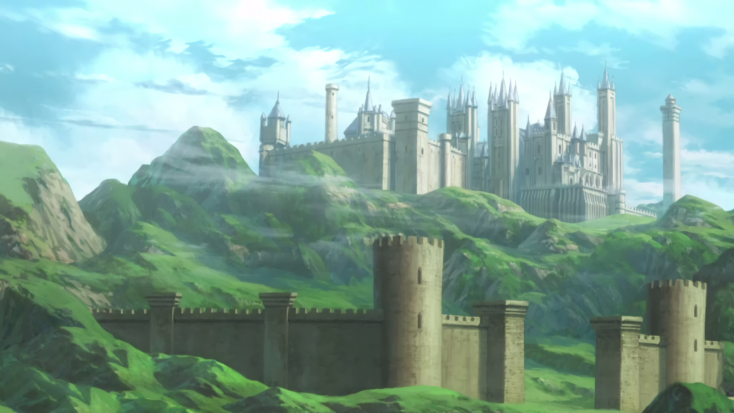 Tea is one of the most expensive disposable items you can buy in Fire Emblem. Some blends will put you back a couple thousand gold (in comparison, hiring a battalion to support your students in battle rarely costs over a grand). There is social value to tea as well. Hosting a tea party will help you strengthen your existing relationships and even open up new ones. You can bond with students from different houses over tea and eventually convince them to choose your house’s interests over their own. All of these social aspects of tea within Fire Emblem feel reminiscent of its historical social role, particularly when it comes, again, to the British Empire, which stole the centuries-old blending formulas from China and went about mass producing and mass exporting tea around the globe.

To the English and much of Europe, the consumption of tea was a class marker, a pastime for the wealthy and aristocratic. It was made popular in the mid-1600’s when Catherine of Braganza married England’s Charles II and brought the Portugeuse royal family’s fascination with the herbal infusion along with her. Later, through the East India Company, England made ample use of its colony, India, to produce its own tea and went about selling it anywhere they could. Tea was often enjoyed with sugar, which was largely grown by slaves in the colonized West Indies. Both products were developed out of conditions of appropriation and exploitation, but their nasty provenances were far away from the people enjoying them. This allowed the drinking of tea to be sold superficially in Europe as an innocent and delightful activity, one which allowed the wealthy to socialize and conspicuously consume free of guilt.

Fire Emblem replicates this dichotomy through its rituals of tea consumption along with the many other facets of monastery social life which fill the time between battles and training exercises. Holy reveries and philosophical discussions in the classroom are punctuated by regular and efficiently brutal slaughter sessions on the weekends. In order to improve as warriors, your students must go beyond merely studying the texts and paying attention in seminars, they must also sharpen their blades against the necks of “bandits,” or anyone else unlucky enough to be deemed an enemy of the church or the state. 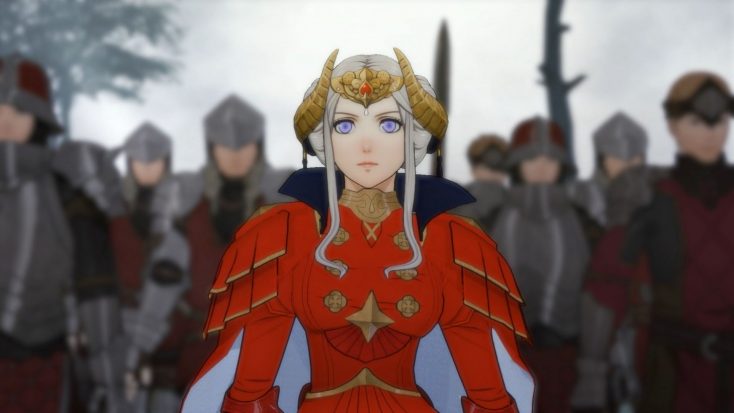 Early on, your students worry over the level of violence they’re expected to regularly partake in, but they rarely do more than complain. They, after all, are nobles, and have a duty to perform the often violent task of empire building. During the height of the British Empire, nobles like these would have been sent to man posts on the frontiers of Asia and Africa, clearing out their version of bandits or rebels, and procuring the righteous trophy of unfiltered access to any material good they could get their hands on, including the treasured and sought after tea leaf.

As in Europe, after a period of peace, the political landscape of Fire Emblem’s world eventually turns ugly and the great noble houses twist and contort against themselves. Now, instead of merely ridding the surrounding countryside of otherized, nameless bandits, the members of your house must turn against the same colleagues and fellow students with whom they had recently shared a meal or exchanged a greeting. As with Europe’s great wars, the dilemma is magnified by having to fight people who are hardly any different from yourselves, who worship the same gods, with barely perceptible differences in nuance.

Yet through all this self-destructive bloodshed, even as you hunker down in the war-torn vestiges of formerly magnificent castles and forts and await the next battle, you can still invite the students who remain on your side to tea. In fact, you must; you must fill their idle time with talk of governance, reliable allies, pleasing vistas and new items at the market. These conversations, far from frivolous, bind you together to a joint purpose; a shared, civilized, identity. 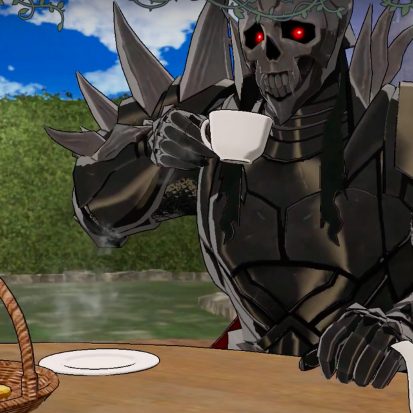 Ostensibly the bonds you make over tea will give you an edge in battle and allow you to pull off more spectacular and damage-inducing moves. But this ritual also accomplishes the task of masking the mortal results of those moves. Someone interested in art, or rare blends of tea, couldn’t possibly be a monster, responsible for ending countless human lives. This is what civilized conquerors have always provided: a veneer to be held indefinitely over the violence they carry out. This is equally the case for games like Fire Emblem. Despite occasional moments of self-reflection it mostly avoids addressing the distasteful aspects of war in the service of more lofty, righteous narratives. These narratives, received somewhat more cynically today than they were at the start of the 20th century, still find purchase in many of the games we enjoy. Like the students of Garreg Mach, we want our stories to be full of inspiring adventure and poetic companionship, which means averting our gaze from the uncomfortable reality required to sustain it.