Good Boys is a raunchy but sweet comedy that follows the adventures of three pre-teens as they desperately try not to get grounded before the big ‘kissing party.’ Out of the main trio, the character that caught me by surprise was Lucas (played by Keith Williams). Whilst all the boys are good, Lucas is probably the kindest, sweetest and (literally) can’t lie to save his life. That’s probably to be expected in a film called ‘Good Boys,’ but what struck me the most is that he’s black.

Being black and male in the Western world means a lot labels are grafted onto your personality every day.

We’re rarely allowed to exist and succeed outside of the context of positions based on our supposed superhuman physicality. In broader culture, you can see this through the way in which anyone black and male will tell you about how they were pushed into sports in school, never anything artistic or conventionally intellectual. The only role models we’re allowed to have are hypermasculine rappers and sportsmen, with the occasional comedian for good measure. Whilst there’s nothing inherently wrong with these figures as role models, having them as the only representations of black masculinity is an incredibly limiting thing. 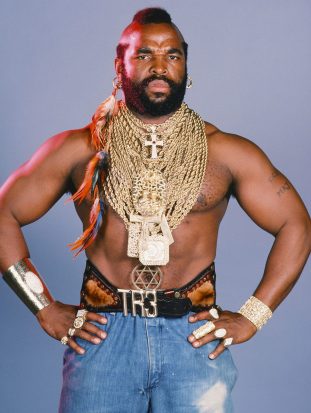 The same rule applies to film and TV, where black people have historically been confined to roles dependent on our supposed strength and hypermasculinity (Mr T), or confined to the frigid cage of respectability (In the Heat of the Night). Whilst this binary isn’t as concrete anymore, it still very much exists.

A recent example of this is Stranger Things, where Lucas Sinclair (Caleb McLaughlin) is forced to be the brash and practical member of the main cast of kids, never really getting the chance to be especially vulnerable. The other members of the cast get touching moments with their families (in whatever form that takes), but his family is all-but nonexistent in the first season, and his sister (the sole recurring Sinclair) only becomes a prominent character in the third season. These issues are even more glaringly obvious in the delightfully messy and massively popular Riverdale. Of the three black male characters, one is a physically and emotionally distant father, another is a sexual predator and the third is a prizefighter who was functionally enslaved by his prison warden. Whilst a whole essay could be written on the racial politics of Riverdale, the point is that there is an incredibly narrow view of what black masculinity is or can be. Iconic demonstrations of real vulnerability on the screen like Will Smith’s gut wrenching Fresh Prince scene about his absent dad are still firmly the exception and not the rule.

This is not only frustrating, but it’s also dangerous.

In pigeonholing black boys into a specific and violent masculinity, they become targets. Instead of children they’re criminals, thugs, animals. In the narrative created we are simply predators waiting to strike, and therefore any violence against us is inherently justified and an act of self-defense. A fourteen year old with a puppy can give a ‘dehumanizing stare’, a ‘gentle giant’ becomes a ‘demon’.

This also means that black men struggle to be open. If black men aren’t meant to be emotional, then how can we possibly express when something’s going wrong with our mental health?  From a young age, any emotion existing outside of conventional masculinity has to be discarded, at risk of serious violence or ostracization from the community which you’ve grown up in. Which (amongst other things) leads to black people (especially black men) to be more reluctant to seek mental health care than most other groups; instead let these issues fester and cascade.

Crucially, the people most frequently affected by this violent masculinity are other black folks. Black women are abused by partners at a disproportionately high rate and black LGBTQ+ people (especially men) can’t express anything outside of conventional expressions of gender and sexuality without the threat of having a dollhouse broken over their heads. 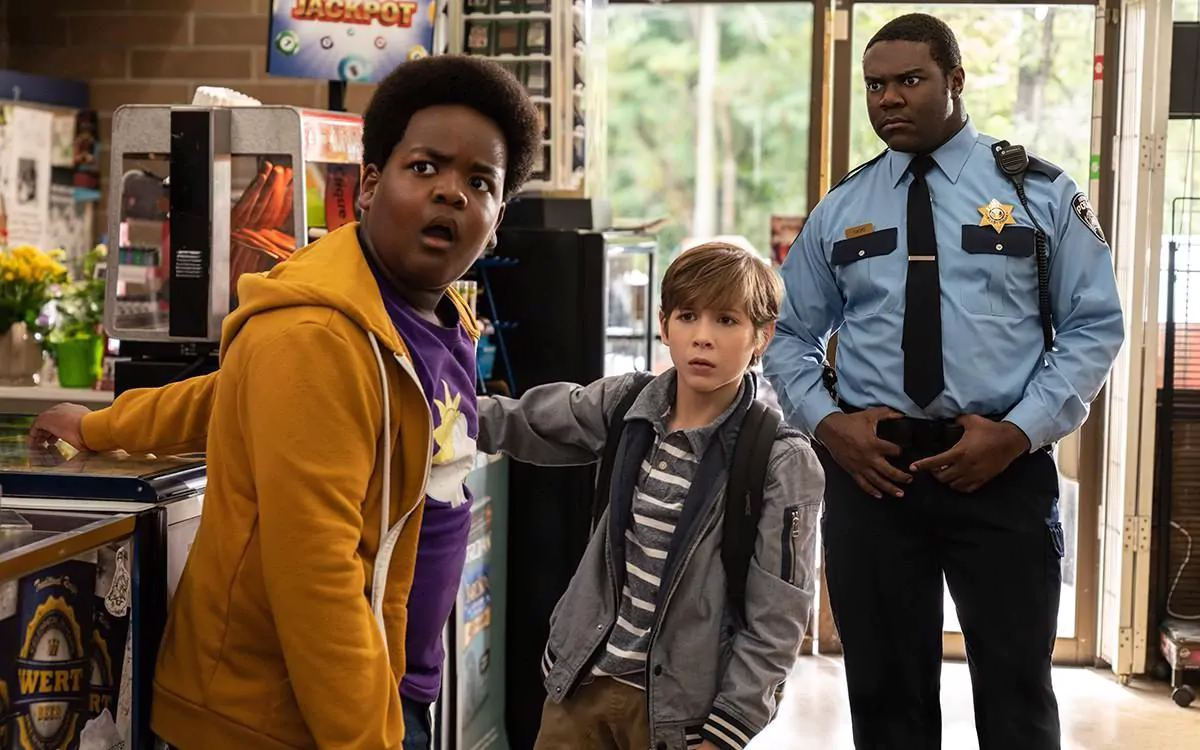 Flying in the face of all this, Good Boys’ Lucas (played by Keith L Williams) is something entirely different. He is constantly and genuinely apologetic. He refuses to lie when a police officer catches the trio shoplifting. When the other two are concerned that the actions of Max (Jacob Tremblay) will get them grounded, Lucas is more concerned that Max will ‘lose the respect of his father.’ There’s an innocence to him that black boys are almost never allowed to have.

At the same time, Eisenberg and Stupnitsky are still keenly aware of his blackness, especially given the predominantly white and suburban area where the film takes place. Lucas is the most immediately cautious around the police officer they encounter. His parents have drilled being polite and conscientious into him, something which isn’t just a lesson in good manners, but a method of survival familiar to many black people. Also there’s a clearly self-aware running joke about him being mistaken for someone years older than he actually is – something which is again an all-too common experience for black youth.

In the creation of a character that is both unabashedly soft and undeniably black, Good Boys begins to chip away at the monolithic portrayal of black masculinity which turns boys into men, and men into monsters. Because black boys can be soft – and that’s a good thing.