In many ways, the story of Ted Braun’s Betting on Zero (2016), a documentary about the predatory practices of Herbalife, a definitely-not-a-pyramid-scheme that just so happens to organize its employees into a pointy-shaped hierarchy, is a familiar story. You have likely heard this story before, perhaps on Dateline or 20/20 or even on Last Week Tonight with John Oliver, who borrowed some scenes from the documentary to supplement its own reporting. For those who are unfamiliar: Herbalife is a Multi-Level Marketing company in the health and wellness space. They sell protein shakes and vitamin boosts and the like, but you won’t find them on the shelves of a retail outlet. Instead, they sell exclusively through their stable of “independent distributors,” a group of plucky, enthusiastic go-getters intent on raising themselves up by their own bootstraps.

In fact, the “opportunities” provided by independent entrepreneurship are the real products of these MLMs. The real money, they promise potential converts, isn’t in slinging shakes. It is in recruiting additional sales personnel to work underneath you, thereby earning yourself a cut of their sales (and a cut of the sales of the people who work underneath them, et cetera et cetera in perpetuum). MLMs invest a lot of money into selling this opportunity. They regularly host lavish galas where they trot out some of their wildest success stories, all of whom promise the audience that “if it worked for me, it can work for you, too!” And yet, it is almost a mathematical certainty that the MLM dream will not work out for the vast majority of participants, if only because the further down the pyramid you go, the fewer possible recruits are available and the more saturated the market becomes. And it becomes saturated quite fast. For example, assume that you start off with five recruits and that each of those five recruits gathers five more under their belt. Under such exponentially expansive conditions, it would take only 13 cycles of recruitment to completely surpass the population of the planet. That means that anyone jumping on board the company after the first two or three cycles of recruitment will find it pretty much mathematically impossible to succeed. 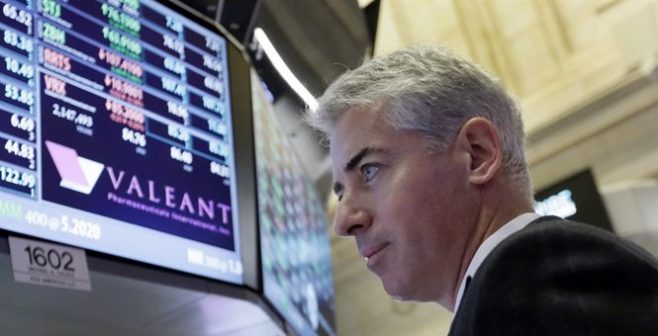 As a class-action lawyer featured in the film put it during a meeting with a group of his clients, signing up for an MLM is a lot like buying a ticket for a lottery that has already been drawn. It is a form of cannibal capitalism: once a mark figures out that they’ve been had, they have little choice but to try and pull in a new batch of suckers from among their family and friends lest they end up being the one caught holding the bag when the jig is up.

If you’ve seen any of the reporting on multi-level marketing schemes mentioned above then you are likely quite conversant with these criticisms. But Betting on Zero does harbor a few unique wrinkles. For example, in addition to following the stories of several down-and-out MLM victims, the film also introduces Bill Ackman, a Wall Street hedge fund manager who staked his reputation on a billion-dollar short position betting against Herbalife’s survival. In other words, he and his investors only stand to make money if Herbalife’s stock prices go down. While the film leans into the idea that Ackman is making this bet based on a combination of shrewd observation, research and strict moral scruples, it also, seemingly unconsciously, invites the viewer to contemplate whether his willingness to participate in the documentary is just another form of salesmanship for another risky “investment opportunity,” although admittedly one aimed at a much wealthier demographic. Further complicating this side story is Carl Icahn, another Wall Street fat cat who responds to Ackman’s campaign against Herbalife by trying to pump up their stocks, seemingly motivated by nothing but personal dislike. I cannot help but think that a documentary focused solely on this rivalry and the way that it cascades (or perhaps it would be better to say trickles) down to affect the thousands of people caught up in Herbalife’s net would make for a more interesting viewing experience.

Or perhaps, if we are entertaining the idea of reframing the work as a whole, we might turn the lens further outward, beyond the transparently predatory MLMs and onto some of the other, less maligned but equally repugnant industries whose villainy is made to seem normal in comparison to such obvious scams. Perhaps we need a documentary that will point out the similarities between the MLM business model and the way that corporations like, say, Uber and Airbnb offloads risk onto its own “independent contractors.” Perhaps, instead of yet another documentary exposing the misdeeds of a company that has already been thoroughly exposed, we need a documentary that will take on the gig economy as a whole. As those who are trapped within it know all too well, its power structure sure does seem to be arranged in a rather pointy shape.