My beautiful, heady, unwieldy love –  what am I to do with you? Three years ago, you broke my mind with breath-taking visuals, psychedelic narratives, and a compelling discourse about mental illness. But by your final season, all that you left me with was a visual tapestry that felt like it should mean something, but ended up as meaningless as a conversation between two old acid-heads, discussing the nature of color.

Not to say that Season Three didn’t bring me some joy, dearest Legion. Dan Stevens continues to be a revelation, Audrey Plaza is still brilliant, and Jermaine Clement? Oh my! Syd’s fairy tale, bottle episode on the astral plane was a pleasant time-out from the complicated mess of a storyline. And, Jason Mantzoukas’s turn as the big, bad wolf? Well, that was just a stroke of casting genius.

Noah Hawley’s directorial vision still stuns me throughout your final death throws, and the twisty-turny narrative of time travelers, hunted by demons, searching for a cure to the future, felt like it should bear relevance. Unfortunately for you, my sweet, sweet, Legion … it didn’t. 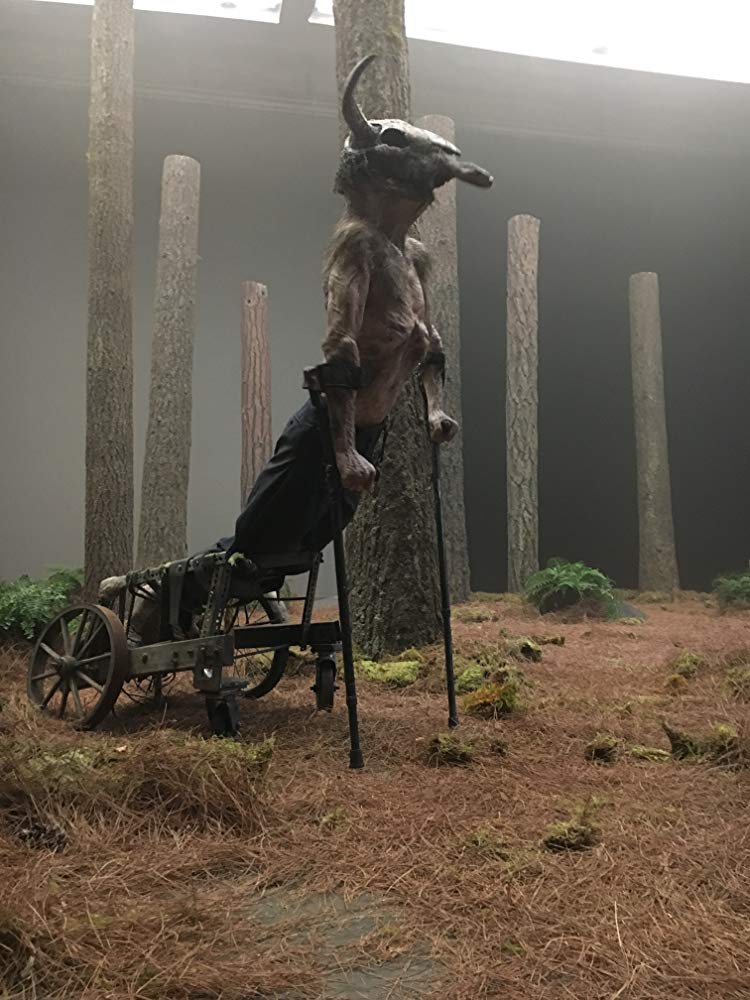 You, like your fellow Marvel brethren, fell victim to the siren’s call that plagues almost all superhero stories. The stakes became too great. In season one, the goal was loose. How do we solve a problem like David? In season two, your cracks began to show — the minotaur was a little much, wasn’t it? But still, even a year ago, the results were personal. David’s character flaws hurt the people we know.

By your final season, my gorgeous, hallucinatory Legion, the stakes were colossal. If David failed to go back and time and eliminate Farouk before he could enter David’s consciousness, present-day David would destroy the world in an effort to go back in time to destroy Farouk? Gone is the nit-picking with Lenny. The struggles to earn the affection of Syd are irrelevant. All of the story up to this point is now moot. The everyday struggles of the previous two seasons and of every character are pointless. When the fate of the world rests on a single story line, no matter how convoluted that storyline might be, the importance of the story feels diminished. Why do I care what happens when it’s either all or nothing? Why do I care about any character development when the fate of everything is on the line? In a world where everything is at risk, nothing matters.

What am I to do with you, Legion? You sumptuous feast for the eyes – you opulent clusterfuck of ambition. How do I understand your multitudes? How do I balance your beauty with your glaring narrative flaws?

Maybe it would have been better if FX would have shut you down after season one, leaving yours a life of unseen promise!

“Oh Lord!” we would have wailed. “What a tragedy that we cannot follow such promise? Such vision! Firefly, Freaks and Geeks, and Legion. All that lost potential!”

Little did we know, though, that if you, dearest Legion, had been cut down in the prime of your youth, nobody would have to suffer through a rap battle or a 5-minute Pink Floyd music video. Nobody would have been dragged through a time-travel story that, in the end, meant nothing.

But no, I did sit through all of the mess, all of the tumult, all of the chaos, for one reason. Because you, cherished Legion, marvel of the Marvel universe, are beautiful! For all your faults, and believe me, there are plenty, you never gave up the unique sense of neon-psychedelia that brought me to your doorstep in the first place. And for that, I’ll always be grateful!