Repetition, I think, is a thing that even those of us who find meaning and even transcendence in the idea struggle with. What is repeating? Why do we repeat ourselves? Why do we do and say the same things again and again, collectively and as individuals, even when these things are distasteful? Even, and sometimes especially, when these things are reprehensible?

Gertrude Stein’s The Making of Americans is a novel of repeating. Over its more than 900 pages the same few words are reused so often that when an umbrella is described as purple the word is so vivid that it is almost hallucinatory. After pages and pages of spiraling gerunds, the visual center of my brain lit up and I could almost swear that I could see the umbrella.

Western religion seems to struggle with repeating. Christianity, ostensibly a religion of historical singularity — one person lived once and died once to move humanity out of one state of relation with divinity into another — is enacted through repetition (literally or symbolically, depending on the denomination). Do this, as often as you drink it, in remembrance of me. The church year repeats — Advent, Christmas, Epiphany, Lent, Easter, Ordinary Time — world without end at least, of course, until the world ends.

Peter Matthiessen’s The Snow Leopard records a pilgrimage the author undertook in 1973 to a Buddhist monastery in the Himalayas. Matthiessen meditates frequently and richly on samsara, the endless cycle of birth, suffering and rebirth from the which the only release is enlightenment and nirvana. He also acknowledges that this journey is almost certainly something he will only complete once in this lifetime, that he is seeing things he may never see again. 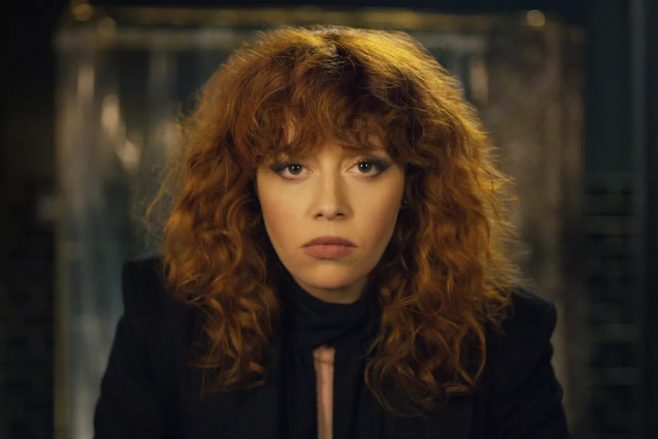 In Russian Doll, Natasha Lyonne’s Nadia is trapped in a repeating cycle of a few days starting with her 36th birthday and ending with a variety of sudden deaths after which she awakens again at a party thrown by her friends. Eventually, after discovering that there is at least one other person trapped in the cycle with her, Nadia’s release of her traumatic past and compassion for her companion are rewarded not with understanding — neither she nor the audience ever really finds out the exact nature of what is happening or why — but with release. The cycle, we are given to understand, ends. Unless we, the audience, load up the first episode and enact it again.

Repeating is difficult. When I read The Making of Americans, which reuses the same several dozen words, often in the same phrases, across several hundred pages, an attentive teacher asked how many repetitions were in the book. I looked, and re-looked, and was forced to conclude that if repetition meant repetition without variation that there were no repetitions in the novel.

Learning is at least in part a function of repetition. In the kitchen, we cut our first onion, and then our second. In the film Julie and Julia, Meryl Streep’s Julia Child, then a novice in Paris, chops onions until the pile rises to what seems to be a foot above the table. A blogger who recreated the scene estimated that it required 30 pounds of onions. This estimate may be spurious, and the scene itself apocryphal, but anyone who has ever worked in a kitchen or attended culinary school will tell you that developing knife skill and speed requires a lot of cutting.

We play a lot of catch to learn to throw. We draw a lot of hands. We fold a lot of paper. We build. We crash. We build again. We crash again. We get better.

We read again. We read better.

We love again. We love better.

I have not yet learned what I mean by repeating. I will try again.