Male attraction can take multiple forms, as can the men themselves. When we talk about masculinity in retro videogames, it can be easy to stop at the chiseled features of characters in games like Contra and Altered Beast. But not all men have bodies like that, and not all men lust for those forms. Sadly, you don’t see a lot of different body types that can be queered in videogames, as the masculine is commonly portrayed as perfectly muscled bodies – broad chest slimming down to rock-hard abs that you can see. So those that diverge to offer something different stand out, and that’s why figures like Karnov, Street Fighter’s Zangief and Final Fight’s Mike Haggar are so beloved, giving a face to something verging on the bear community.

In the gay community, bears represent a different kind of masculinity than chiseled gays. They tend to veer older, though not exclusively, and like their namesakes, they’re almost always abundant in body hair. Baldness, short hair and beards are celebrated as well. Most striking, though, is the body types, which tend to be thick around the midsection and barrel-chested. Abs are obscured, if not entirely dominated by the stomach, and indeed, an ample belly is considered a virtue instead of a negative. Around this look is a subculture that uplifts a body type that mainstream gay culture still has trouble fully accepting, with the skinny and the chiseled being accepted as the standard by which all gays are judged. 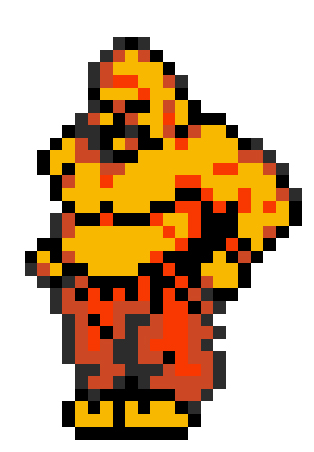 In this spirit, Karnov may be the ideal representation of what a bear looks like, and spoke to a not-insignificant subset of closeted gaymers who were either attracted to bear types or one themselves. A creation of Data East, Karnov wasn’t the typical videogame protagonist. While still a man, he doesn’t have bulging muscles or a traditionally macho air about him. He is bald with a mustache and, though some art depicts him as being muscle bound, the in-game sprite for Karnov very clearly depicts him with a paunch. Nevertheless, to many gay dudes, he carried a similar vibe to that of a circus strongman – a profession that’s part of Karnov’s backstory – which has its allure.

Muscles are not shunned in bear subculture, though, and make up the muscle bear sub-classification simply by focusing on girth over muscle definition, with thickness being the mantra. And Capcom put in some work with regards to muscle bear representation. Gay gamers could find no poster boy for this type better than Zangief. A Russian wrestler, Zangief is the epitome of the muscle bear form. He’s big rather than ripped, his belly is thick, he has a giant chest sporting plentiful chest hair, and his attacks come in the form of close-quarters grappling, which meant grabbing and manhandling opponents. Zangief is the ultimate expression of the muscle bear in videogames and is a gay icon because of it. 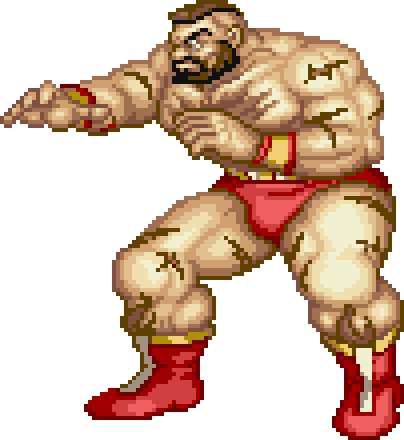 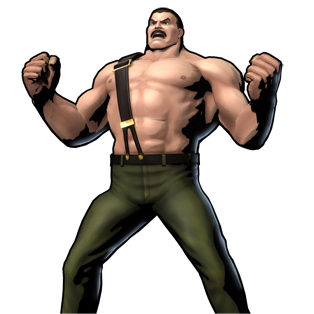 But Zangief isn’t the only Capcom creation to verge into bear territory. Final Fight’s Mike Haggar also captured the hearts of bears everywhere by being both an excellent example of the form and the high camp factor that Haggar’s backstory brings with it. As the mayor whose daughter is kidnapped, Haggar has Guy and Cody, the two main fighters in the game, go and rescue her. But not content to sit on the sidelines, Haggar goes with them, revealing a gigantic, muscled body underneath his mayoral suit. His pants are held up by a sort of suspender strap that resembled a loincloth, and he sports a mustache that Freddie Mercury would be proud of.

Now normally, it takes a bit of a leap to queer videogame characters that aren’t intended to be gay fodder, but Capcom really leaned into the homoerotic subtext of their characters, even going so far as to make a professional wrestling game and turning the bear bait up to 11. Saturday Night Slam Masters is a quality wrestling game in an era that was flooded with poor ones, but it also very nearly gave you explicit permission to be attracted to its characters if you were gay and liked beefy guys. After all, its Japanese subtitle translates to “The Body Explosion.” Never mind that professional wrestling already stood at the cusp of being homoerotic without hardly any mental gymnastics. Intersecting it with videogame characters like Mike Haggar – who appeared in the game as the only crossover character on the roster – created, well, a body explosion. Just one that the developers may not have been envisioning.

Much as games like Contra and Altered Beast gave us homoerotic subtext in bodies, Data East and Capcom got us to love different kinds of bodies as well. Zangief and Mike Haggar both proved that thicker guys had an allure all their own, and Karnov even exhibited that beautiful bodies go beyond muscle definition. While games still lean too much on muscles in expressions of masculinity, bears had plenty to latch onto during their formative years.

PRACTICE – Game Design for the Players