Tokyo Twilight Ghost Hunters Daybreak: Special Gigs is a game as confusing as its name.

I picked this game up in a sale, based mostly on a decent idea of what level of bad I’d be getting into due to the length of the game’s title.  Much to my disappointment (or joy?) Tokyo Twilight is a VN/RPG/strategy hybrid game that manages to pass itself off as perfectly acceptable.

Everything starts when your main character Block transfers into a new high school in standard JRPG fare.  Block doesn’t even make it through his first week before he and another student discover that this school is haunted, vis a vis stumbling across a murderous ghost in the top floor of the school.  Suddenly the Japanese ghostbusters show up, and before you can say child labor violations Block has been armed and drafted into Tokyo’s premiere ghost-hunting squad.

Tokyo Twilight is broken up into multiple chapters that pretty much all follow the same structure.  You start the chapter and receive enough plot to explain who the big bad ghost is for this segment, regroup at the base to plan your attack/go shopping for any necessary supplies, and then go murder the ghosts.  There will be a brief pause before you go off to murder the big baddie though so you can shop or grind on optional side missions, or just sit around playing board games in the office (no joke, that’s seriously how they expect you to grind XP for the first leg of the game).  The art for the plot segments was honestly rather well done with semi-animated character sprites, though by chapter 9 you can really tell that they each have about 4-5 expressions that the game just cycles through based on what’s closest to the emotion someone is trying to express at a given time.  Looking at them might not be too bad, but trying to navigate communication was a different matter entirely.

Normally in a choiced-driven game, the other characters will say or do something and then wait for you to verbally reply or act before the story moves along.  It’s a fairly simple concept because your dialogue options usually make it pretty clear which choice is the polite response and which one is the verbal equivalent of spitting in someone’s face.  Depending on how deeply you’re playing the character it might take you a while to pick your response, carefully weighing your options and perhaps breaking out a walkthrough to make sure that things don’t go too far off the rails.  Tokyo Twilight, on the other hand, forces you to slow down and carefully consider your responses because it’s impossible to logically understand what you’re thoughts or emotions trying to convey. 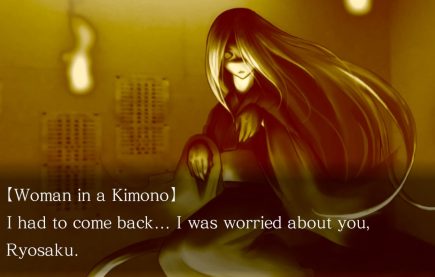 I’m going to be honest here, I’ve easily logged more than twenty hours playing this and I still have no idea how to navigate the intricacies of this dialogue quagmire.  Sometimes things will be as simple as picking whether to talk with someone or walk away, but often your actions are carried out thanks to an ambiguous mood wheel. You first have to select what mood you’re feeling (angry yelling, tears, handshake, and other such pictorial prompts) followed by a body part (eyes, tongue, hand, etc).  If this sounds unnecessarily confusing, congratulations, you and I are on the same page. It would be another matter entirely if my actions were consistent, but Tokyo Twilight makes it very unclear how I’m going to be using these limbs to express my feelings. For example, Mifune and I got off on the wrong foot because I assumed handshake+tongue=human greeting, when in fact that resulted in me trying to lick her.  In another example, the combo handshake+hand resulted in me actually attempting to give a person a handshake, whereas in another instance that same combo resulted in me trying to pat someone on the back. There’s no consistency in what I’m doing or what the right response is for a given character, so eventually I settled for creepily staring at everyone because that seemed to do the least amount of emotional damage to my coworkers.  It’s beyond simply being a bit clunky and more as though the developers had a deep-seated grudge against basic human communication that simply had to be included in this game.

Moreover, it’s hard to know what benefit I’m reaping by picking certain actions over the other.  Sometimes my choices would lead to a musical trill, obviously indicating I’d picked the correct combination by selecting ‘angry nose’ or ‘sad ear,’ but although it’s supposed to affect the true ending of the overall game, I never saw my choices really pay out in subsequent chapters.  It’s like the writers went out of their way to implement a needlessly confusing choice system and then forgot about the choices producing meaningful, plot-affecting results until the very end. It’s a shame, really, because I honestly do really enjoy the story, the ghostly lore, and most of the characters (I absolutely had a soft spot for Kojirou).  And yet, I spent most of the game feeling like Tokyo Twilight was actively fighting to keep me from getting totally immersed in their world.

Speaking of pointless, there’s apparently a crafting system in the game.  I say apparently because I never figured out how to use it, and even if I had it probably wouldn’t have made much of a difference in how I played, because you can train with different people around the office in a variety of skills, sometimes with a bonus weapon drop at the end because why not.  (Seriously, the first time I trained with Mifune at level 5 she dropped a level 14 weapon, and from then on she became my point person in combat). Most of these skills have no in-game payoff but can help you get a desired ending, so yet again we have a system in place that only affects things behind the scenes until the finale in a game that expects JRPG amounts of time investment.  It should go without saying that the game explains absolutely none of this to you; not even a hint of “Hey, maybe you ought to train more with your favorite people, wink wink,” to suggest that you might actually be able to alter your game’s ending instead of just wasting technical points grinding skills that seem to provide no real in-game benefit, while other team member’s abilities absolutely affect things like purchases at stores or luck drops for items.

Of course, all this only matters if you care about the plot and developing relationships and haven’t just gotten into Tokyo Twilight for the combat.  If that’s the case, oh you poor sweet fool why would you bring this evil upon yourself.  I’m going to be frank, the turn-based strategy of Tokyo Twilight plays out like the world’s most frustrating iteration of marco polo.  Each character has a certain amount of AP that lets them move and/or attack, depending on how far they move or how many times you want them to attack.  Simple enough then; you move your characters towards the ghost they’re battling and have them attack. This is where the game gets frustratingly stupid. 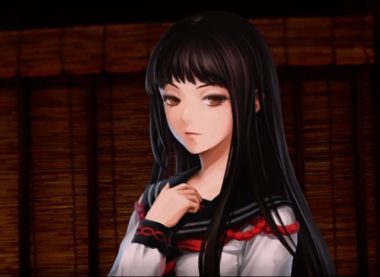 You can’t always tell where the ghost is; they only show up on your radar if they happen to pass by one of your sensors, which hopefully you decided to set up in the planning phase before battle.  Even if you manage to locate a ghost because they happened to float by a sensor it’s not guaranteed to help. You see, they’re moving at the same time as you and often in a completely random direction, so you have to hope that where you stopped and decided to attack is also where the ghost is going to halt.  On top of all this, the ghosts can often pass through solid objects that will hinder your characters’ own forward momentum, meaning that a move which might take the ghost 3 AP will actually cost me 9 because I have to walk around the wall and use the doorway like a goddamn civilized and corporeal being. Ideally you’d feel like a clever hunter trying to lure your prey into a trap, but in reality you’re basically sending your team all over the room blindly swinging in the hopes that their blows will connect with a ghost instead of a coat rack.  Basically, Tokyo Twilight expects you to blindly fumble your way through the majority of the game, whether it’s trying to figure out how to fight ghosts in battle or simply hold a coherent conversation with your teammates.

Maybe the problem is me.  Maybe I just don’t get why you’d want to waste hours trudging your way through extra ghost hunting missions that are all carbon copies of the same four templates, just to keep your core team of four overleveled (believe me, you’ll quickly settle on which characters are best for combat and it’ll absolutely include Mifune).  Maybe I’m unfairly biased against games with a shoddy dialogue system that makes no effort to explain how best to communicate with the other characters, to the point where it seems to expect you to scurry off and find a walkthrough if you care enough to try. Maybe I find it incredibly skeevy that the game has a gambling system wherein for every 10k you spend at the local convenience store you get to draw a ticket for a chance at a keychain that’ll give you passive bonuses in battle.  Maybe.