When I was a kid, I loved the story of King Arthur. I think my first exposure to it was probably the Disney film, The Sword in the Stone, but I soon had a copy of The Boy’s King Arthur; I admit that N.C. Wyeth’s illustrations impressed me a bit more than the prose.

That didn’t stop me, though. Drawn in again by the illustrations, I devoured Howard Pyle’s four volume story of Arthur and his knights. I enjoyed (but never followed with any consistency) Hal Foster’s Prince Valiant in the comic pages of my parents’ newspapers. Some of my favorite books as a kid were King Arthur-inspired – Susan Cooper’s The Dark is Rising series narratively, Lloyd Alexander’s Prydain Chronicles thematically. I saw John Boorman’s film Excalibur probably several years before I should have (my goodness, Helen Mirren). When I was a bit older, I finally got around to Le Morte D’Arthur, Thomas Malory’s 15th century chronicle. And a little older still, I discovered Greg Stafford’s Arthurian tabletop roleplaying game, Pendragon, which remains, in my estimation, the height of the form.

The broad strokes of Arthur’s story are, I think, fixed in the modern mind. A boy of no account who pulls a sword from a stone to reveal he is the heir to the throne of Britain and, aided by the wizard Merlin, ushers in an age of enlightenment supported by a round table of honorable knights. The tragic end – the love triangle and the weakness of men that undoes it all – is also remembered, but perhaps less vividly. Arthur’s story is foremost one of hope and this, coupled with its enduring narrative framework, has allowed for it to be retold and reinterpreted for centuries. 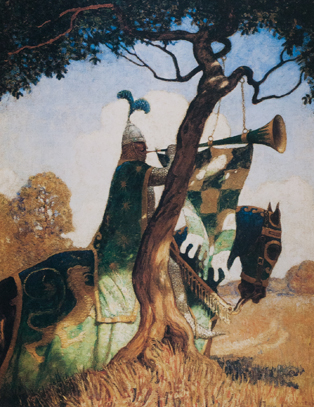 My list of Arthurian tales is a brief one. There are countless other versions. My list is also deceptively simple. The Sword in the Stone, for instance, is an adaptation of part of T.H. White’s The Once and Future King, itself based on Malory’s Le Morte. Sidney Lanier’s The Boy’s King Arthur is a sanitized version of the same, while Pyle’s version uses Malory as a foundation for entirely new stories. Again and again, we come back to Malory, which would seem to indicate that he is the source material, but that isn’t the case.

Malory draws from older versions of King Arthur’s tragedy and there are a hundred more besides. Geoffrey of Monmouth’s Historia Regum Britanniae from the 12th century is a notable one as is the Welsh Mabinogion from the same period. The French had their own versions, known as the Vulgate Cycle. The basic story is often the same, but many details are different. Some vary significantly – one French poem uses Arthur as a tool of political satire and sees him killed in France by a boar. And this says nothing of the seemingly endless variations introduced by stories surrounding the supporting cast; Gawain, Lancelot, Merlin and Tristan each have their own songs and sagas.

Let us talk of swords for a moment. Everyone knows that Arthur becomes king when he pulls the sword from the stone (or, to underline my point, the anvil). But everyone also knows that Arthur gets his sword from the Lady in the Lake. Which then, is Excalibur, that most iconic of magic swords? Are they two different swords? Perhaps the handling of the riddle in Boorman’s film – that the Lady in the Lake offers a restored Excalibur after Arthur breaks it – is the solution? Making matters more complicated, the tales say Arthur had at least two other magic swords, Sequence and Clarent. Perhaps one of those is the proper name of the one pulled from the stone. 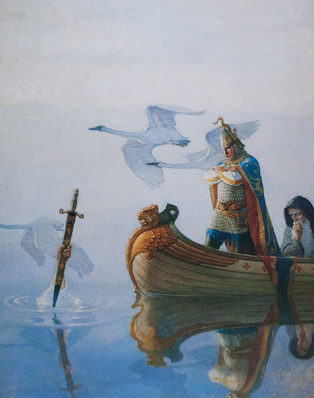 The Lady of the Lake is another mystery. At Merlin’s behest, she gives Arthur Excalibur in exchange for a favor to be named later (always a bad deal in these stories). She tries to claim that favor at court, demanding the head of the knight Balin, who in a serious breach of etiquette chops her head off instead. Yet the Lady of the Lake, at a later date, is Lancelot’s foster mother in France. She also seduces Merlin, steals his power and turns him to stone. Modern authors see this as an obvious indication that there were multiple Ladies of the Lake (often named, respectively, Ninianne, Viviane and Nimue, which confusingly, are all version of the same given name) who are all part of an order of sorceresses. Yet there is no indication in the early poems that these are different women. In fact, there is no explanation given for these contradictions at all.

These and scores of other incongruities add to the richness of Arthurian lore. They are fun to puzzle over and spawn new stories in their own right.

I’ve been reading Mary Stewart’s excellent Merlin novels, which are written as his autobiography. They ably meld the cycle of legends with what little we know about the history of 5th century Britain, while also offering a sympathetic portrayal of a character often depicted as enigmatic, remote and unknowable. I love her version of Merlin and, because of that, I’ve been thinking about Merlin in general quite a bit.

Phyllis Ann Karr wrote The King Arthur Companion, a book that, like Greg Stafford’s Pendragon RPG, attempts to reconcile many of the inconsistencies across the tales into something resembling a unified whole. She takes a dim view of Merlin. She points out that most stories claim he was a cambion (the result of the union between his mother and an incubus). Despite his powers (he displays the ability to travel instantaneously on several occasions) and gift for prophecy, he often arrives too late to do anyone any good. His plotting and manipulation can easily be interpreted as nefarious. Indeed, why did he spirit Arthur away as a baby and come up with the ruse of the sword in the stone? Why was he intent on Arthur receiving a magic sword from the Lady of the Lake who, in dealing with Balin, is demonstrably evil? 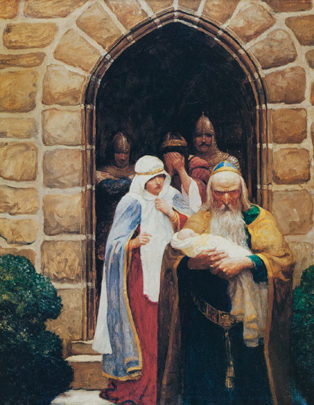 Though he is stripped of his agency about halfway through the saga by Nimue (who is often depicted as, if not evil, at least a medieval example of inherent feminine deceit), I think there is an argument to be made – and a new story to be told – of how Merlin is the secret villain of the piece. We never do learn who poisoned Arthur’s father…

And consider Balin. After the incident with the Lady of the Lake, which was essentially instigated by Merlin, Balin is banished. That banishment leads directly to the Dolorous Stroke when, in another breach of hospitality, he wounds not only the Fisher King, but the land of Britain itself. The Fisher King’s restoration requires the Holy Grail, the quest for which claims the lives of countless knights, weakening Arthur’s power and precipitating his death and the failure of the unified kingdom.

Imagine, for a moment, an elaborate fan theory positing that Obi-Wan Kenobi was a secret villain, manipulating events and allowing the death of a planet in order to position Luke as his cat’s paw against his old enemies. Reaction would range from amused to annoyed. Imagine now a novel written revealing the same, under the official banner of Star Wars. The reaction would be cataclysmic.

As a child, I was drawn to King Arthur for the romantic notions of the medieval period and its folklore – the armor, the adventures, the monsters. It is, after all, a foundational example of fantasy literature. As an adult, my fascination has grown because, when you look closely enough, there is no one definitive story of King Arthur. Each story says something different, but the details bleed across them all, transforming, subverting, reinventing. The whole of Arthurian lore is amorphous. In a modern world increasingly obsessed with narrative canon, the idea of everything I know about King Arthur being both true and false simultaneously is extremely appealing. Because it is old, because it was contradictory from the start, because no one owns it, there is no one correct or true way to tell the tale, and there never was. 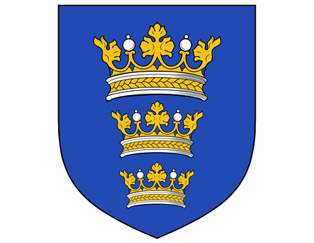