This is an excerpt of a feature from Unwinnable Monthly #110. If you like what you see, grab the magazine for less than ten dollars, or subscribe and get all future magazines for half price. 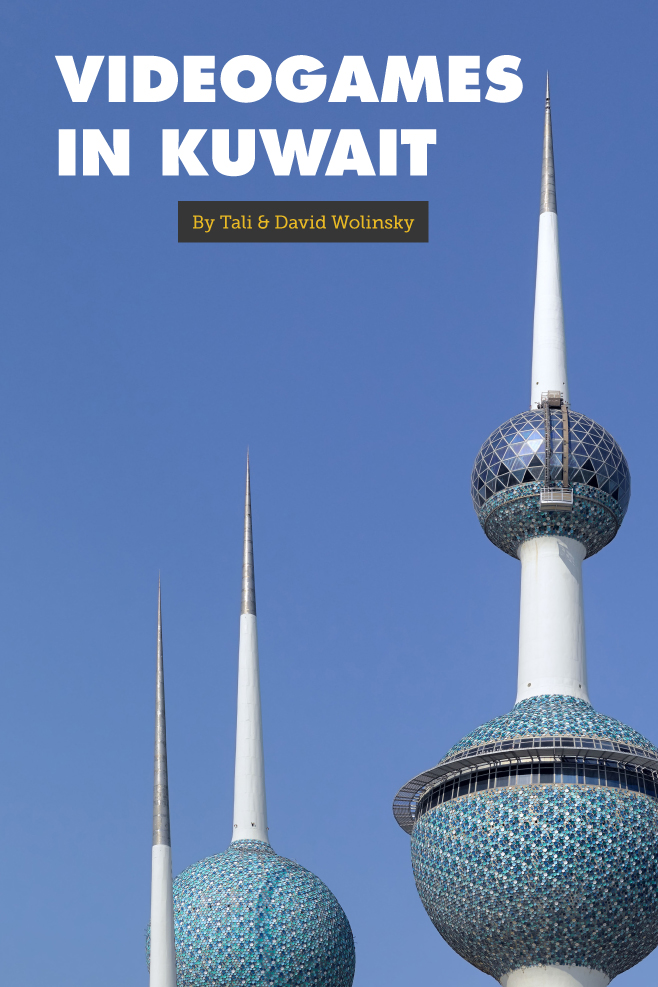 Earlier this year, Unwinnable contributor and Don’t Die moderator David Wolinsky was invited to Kuwait to attend GX and Kuwait Battle Royale, a concurrent pair of events that represent a new foothold for gaming in the region. KBR, established in 2012, is the Middle East’s first fighting game tournament; GX, established in 2014, is an accompanying gaming expo.

While out there, David met Tali, a Canadian cosplayer selling pictures and signing autographs as a repeat exhibitor who had also been to GX and KBR two years ago. They thought it might be fun and interesting for readers to hear about the experience.

Tali: I guess the best place to start is with my own experiences in Kuwait regarding their anime/convention/gaming scene. I’m no stranger to anime or gaming conventions and after a while they tend to run together. There’s usually never anything that separates or distinguishes any convention from the next when it comes to the convention itself. That’s why I loved visiting Kuwait so much. It’s so familiar in the way that it’s similar to any convention you might find yourself at in America but different in terms of the culture and people you’ll find there.

The attendance generally edges on the younger side, a pretty even split of boys and girls, some families but mostly youth, which is kind of typical for any convention. My main takeaway was the hospitality of not only the staff but almost every attendee at the convention. Everyone we met, spoke to and took photos with were so welcoming and let us know how grateful they were that we had made the trip for them. This was my second time in Kuwait for GX so I had some pretty emotional reunions with a few cosplayers I’d met the first time around and made some incredible new friends as well. Vanessa [Wedge, a fellow cosplayer] and I were essentially showered with love and gifts all weekend, what’s not to like? 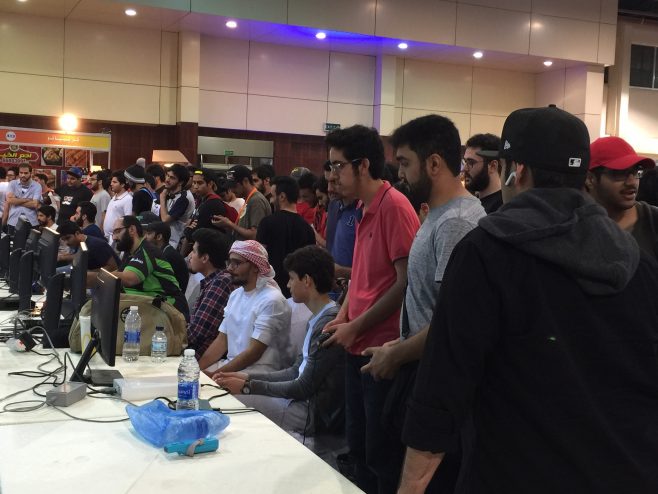 Beyond all my personal experiences, I wanted to touch on the quality of cosplay in Kuwait. Since I was asked to help judge the cosplay contest, I was able to connect with a lot of the local cosplayers and see their work up close. Kuwait was some of the highest concentration of talented cosplayers I’ve witnessed. They’re putting together these gorgeous costumes with supplies that aren’t necessarily easy to obtain out there. It’s not like the US or Canada where you can just go to the store and pick up some foam or worbla. They’re not impossible to find, but there’s certainly a higher barrier to entry.

On top of the costume work, they love to perform. I’ve had the pleasure of watching about a dozen performances or skits each year I’ve attended GX and the cosplay does become a full package. From an unnervingly accurate Joker monologue, a scene from the Conjuring, a great dance/lip sync performance from Rakan, Xayah and Jinx from League of Legends just to name the first three that come to mind. They like to take cosplay to the next level out there. It’s actually refreshing to feel the passion that goes into their work because you can tell how much these people care about their craft but still just like to have fun with it.

Also, I should also mention that half of GX is devoted to gaming, particularly the fighting game community. It seems like the fighting-game community has a growing presence in Kuwait. Not a lot of conventions take this part of their gaming sections seriously but GX gives it central location and welcomes players of all skill levels to compete in a legitimate tournament. In past years GX also had top international FGC players as guests of the convention, they take it seriously.

Tali XOXO is a model and cosplayer from western Canada. An avid gamer at heart, she also enjoys sewing, crafting, working out, and pro wrestling. Tali focuses mostly on bringing her favorite video game characters to life but also a branching out into the wrestling world. If you’d like to see more of her work visit www.talixoxo.com

David Wolinsky is the creator and moderator of Don’t Die, an oral history chronicling the history of cultural disconnects in videogames.

You’ve been reading an excerpt from Unwinnable Monthly Issue 110.