Controllers are like musical instruments, which is something that videogame players often take for granted. They’re complex and tricky, an intricate system of interactions that does not come naturally when one first wraps their little claws around the plastic. This can be a frustrating truth, especially as we try to drag new players, young and old, into our demented pastime, and we must accept that there is nothing intuitive about using a controller.

It’s easier to persevere as a child with loads of extra time, head-butting your way through level after level until Mario’s momentum or Fortnite’s squishy aiming and skyscraper assembly lines become fundamental instinct. But if you come to PC gaming late and are faced with a keyboard-based WASD interface after half a lifetime of analog joysticks, it’s difficult to face the fresh absurdity of human-computer interfaces once again.

Which is why I’m standing before you today, solemnly admitting that I have been primarily playing PC shooters either with a controller, or as in the case of Overwatch, “splitfish” style — I use a PS3 navigation controller in my left hand and a 5-button mouse in my right. Or at least I did, until the arcane system of github software, sketchy drivers from across the globe and button remapping programs became too much to juggle. Between the bluescreens that sent the house tumbling if I plugged something in at the wrong time, ghost controllers mucking up almost every other program and lost knowledge of how I’d managed to cobble it all together in the first place, I simply couldn’t bear the hassle any longer. 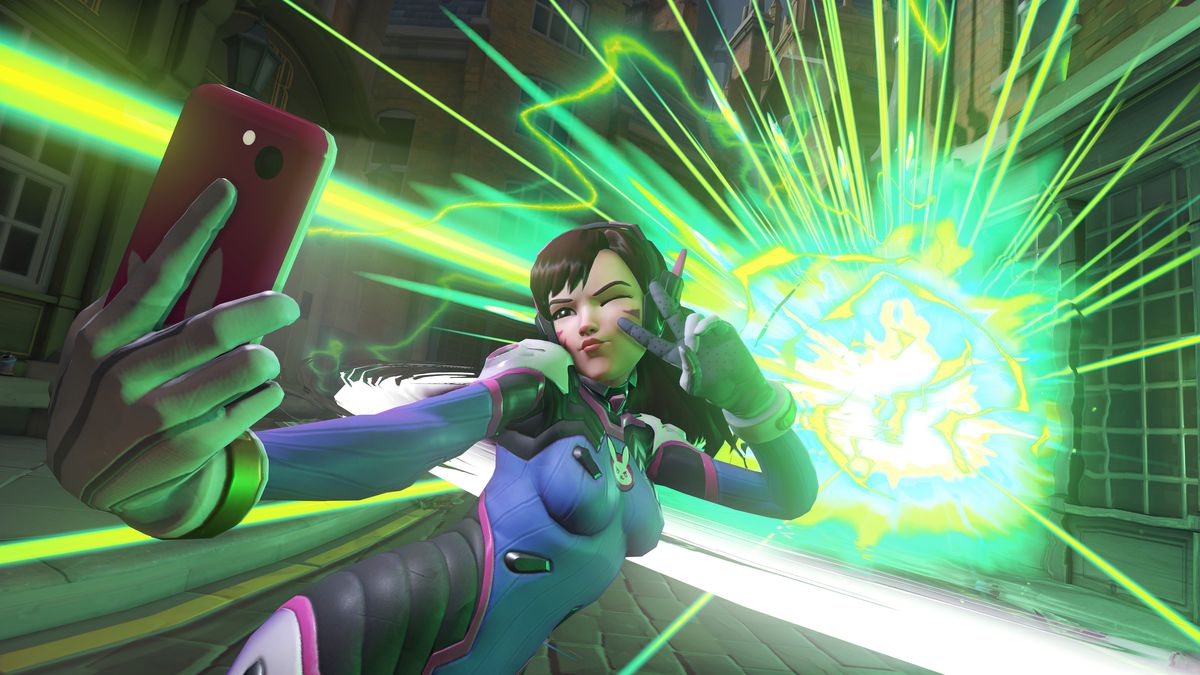 But this left me in a cramped, uncomfortable position. Close to my fourth decade, I have no real interest in devoting the time to master WASD. Please, put down your cherry switch bibles, as I’ve read/heard the sermons within my very home. I understand the potential benefits of learning this instrument, but I’ve already put so much time in to Overwatch in a specific fashion that to essentially practice a braying trumpet in public (and constantly letting my teammates down even more than usual) is just too much to bear. I’m not trying to maximize my APMs, I just want to D.Va bomb fools with relative ease and comfort.

That said, my remaining Frankenstein options weren’t exactly ideal either. The hardware of the navigation controller worked well enough — most buttons within reach and enough to take care of every primary operation. Plus, I owned one already, and almost every specific half-controller such as from SplitFish the company or Hori were obnoxiously expensive. So I was left to my remaining full controllers, a congregation probably not too different from your own home collection of past and present systems. Of all of these, most were just one or two buttons shy of being totally feasible, until I remembered my Steam controller.

The Steam controller, like most of Valve’s efforts, is a weird piece of hardware long in development and comically short on post-production support. In lieu of a typical cross-pad and a right joystick, there are two circular trackpads for our thumbs. It’s customizable to a fault, an exhausting array of adjustable options, but luckily most of the diehards have taken it upon themselves to set up configurations for most of the popular games, from which you can tweak to your preference. 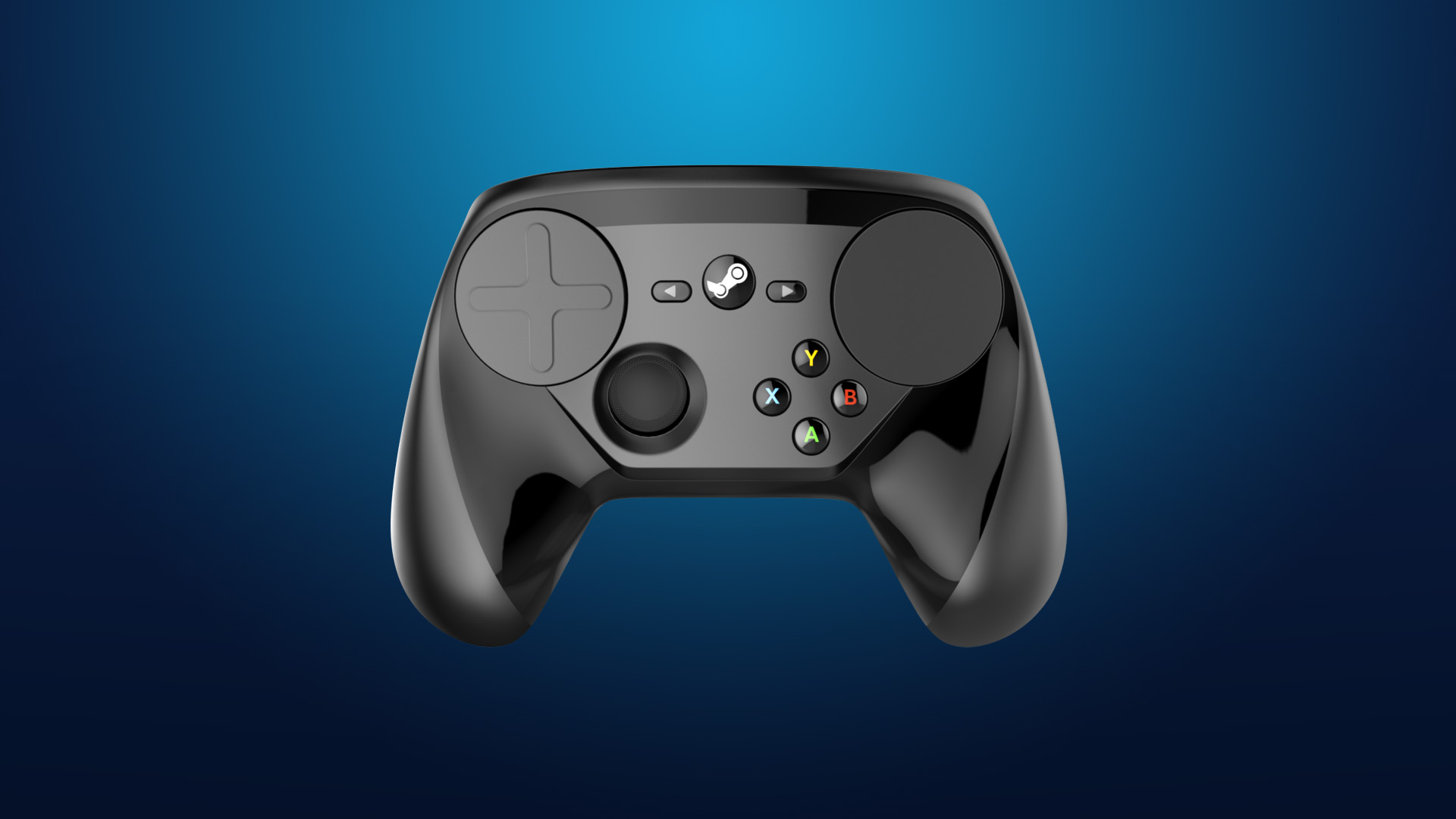 As a standalone controller I still believe in it, and though I would have preferred a regular d-pad, the right joystick pad is surprisingly intuitive. However, with the Steam controller alone Overwatch is an emotional rollercoaster where I end up in a deathgrip, whipping the pad around in fury and madness, leaving me just a little too jittery to stay on top of the situation. But, it does have an extra paddle button, which edges it just above my other remaining controllers, its built-in customizability makes it easier to manage than whatever random third-party software I’d been using before, and it already has a dedicated bluetooth dongle. For all this, and again the fact that I already own one, Steam controller joins the battle.

Why spend so much energy and research into ways of avoiding my perfectly good and clicky keyboard? WASD isn’t impossible to learn, nor particularly unintuitive. I don’t believe that anyone is too old to learn new tunes, but the public stage of Overwatch is not the place to practice. Maybe I’ll grind through DOOM 2016 or some other single-player dexterity test to really rewire my brain. But for now, my fingers are already attuned to a certain fretboard, an elegant arrangement of keys, and I feel no shame in continuing to luxuriate in the waves of satisfaction I feel from this ass-backward, near instinctual method of control.

I Believe that My Scoring Potential Has Been Maximized

Gliding by the Light of The Red Lantern
Previous Post

Solace Amidst the Wreckage of Kursk