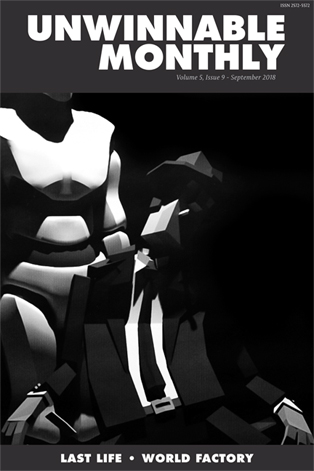 September 2018 marks the first anniversary of This Mortal Coyle, and to celebrate, I’m writing the column’s bizarro version: Rather than focusing on one videogame character I love, I’m going to tell you about ten characters I hate. Not villains, necessarily – just characters that annoy the shit out of me.

10. Warren Graham, Life is Strange: Warren is softboy incarnate. His has a crush on the heroine, Max, and acts as a benign distraction from the other characters’ high drama (particularly Chloe’s). “Like time, my texts are infinite,” Warren writes Max. Ugh. Sorry Warren, Max likes girls. Well, she does in my playthrough.

9. Brotherhood of Steel, Fallout franchise: Okay, this isn’t a single character, but armed collectives count as one. In some cases, it benefits the player to ally with the Brotherhood, but most of their quests bored me: cult-ish missions to become an initiate or get other people to become initiates, repairing armor, scouting bits of Wasteland (a.k.a. walking), et cetera. And generally speaking, let’s remain skeptical of military groups dressed like Stormtroopers.

8. Nicole Whittaker, Rockett’s New School: In Purple Moon’s late ’90s games, Nicole Whittaker was the Regina George of Whistling Pines Junior High. A snobby rich girl, she founded a three-girl clique called “The Ones” whose lunch table is a Big Deal. In one of Purple Moon’s tie-in books, Nicole says, “How dare Rockett not sit with us at lunch, after I went out of my way to invite her? That little ingrate!” The player is never given the opportunity to push her in front of a bus.

7. Zoey, Left 4 Dead: Zoey is the only playable female character in the first Left 4 Dead, but I never want to play as her. Considering how few speaking lines the characters get, perhaps it’s unfair that she annoys me as much as she does. I mean, it’s cool that Zoey stopped attending college classes pre-zombie apocalypse because she was too busy watching horror movies. Maybe it’s the pink hoodie? Not that I’m annoyed by pink hoodies in real life – I suppose it’s what the pink hoodie signifies that bugs me: “This girl looks relatable and soft, but she’ll totally kill you! Swing that ponytail!” Oh God, is this internalized misogyny?

6. Connor, Detroit: Become Human: UGH CONNOR, YOU’RE A LITERAL NARC. Can androids be goodie-goodies? They can in this game. Back to Kara’s plotline, please.

5. Masayuki Fukuhara (Fuku-san), Shenmue: Does Fuku-san only exist to get in the way of our hero, Ryo? He can’t keep a secret (ratting Ryo out to his grandmother for no apparent reason), and his advice is terrible enough to steer the plot in the wrong direction. Also he’s, like, 25 and still freeloading off of Ryo’s dead dad. According to Shenmue creator Yu Suzuki, Fukuhara’s IQ is “Maybe something like 86?” 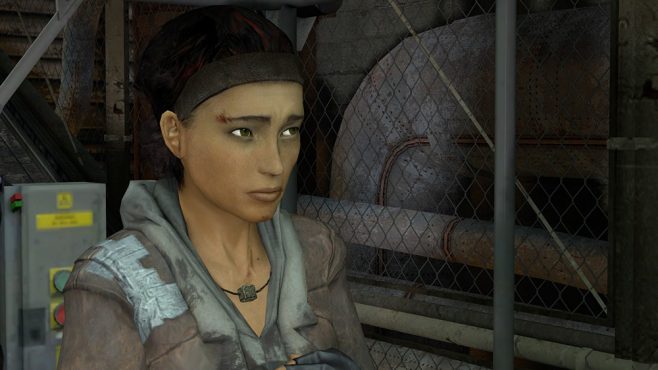 4. Alyx Vance, Half Life 2: I feel really bad about how much Alyx Vance annoyed me when I played Half-Life 2. On a surface level, she’s a character I’m likely to like: a not-overly-sexualized hacker who fights with the Resistance. But throughout the game, she gets awkward around Freeman due to her heavily implied crush, and follows him around saying things like, “Oh my God!” Maybe that’s what really annoyed me: her devotion to Freeman. We don’t get a chance to see Alyx as fully formed character because she’s, uhhh, not – she’s a companion. Freeman doesn’t even talk. He’s undeserving of your hero-worship, Alyx.

3. Wheatley, Portal 2: A British-voiced robot who bobbles around after the heroine, Chell, and never stops talking. I hate it when companions talk to me incessantly, in real life and in games. Was anyone surprised that Wheatley turned evil? A lot of personified-Wheatley/Chell fan art cropped up on Tumblr around the game’s release, but I think Chell can do way better.

2. Andrew Ryan, Bioshock: Andrew Ryan is the most villainous character listed here, but he’s a villain that a lot of people seem to like and/or admire despite his fucked up insistence that “a man chooses, a slave obeys.” Besides, anyone who develops a Randian dystopia is probably awful to hang with.

1. Mario, every Mario game: In 1981, a character called “Jumpman” mistreated his pet ape; the ape ran away to star in Donkey Kong, and Jumpman reemerged as Mario in 1982. This animal abuser went on to stalk princesses, bully his brother, and wear what looks suspiciously like a MAGA hat. I’d rather play Super Princess Peach.

Puzzler oQo Taught Me How to Relax by Stressing Me Out