When life starts to get you down, it’s important to retreat back into simple pleasures. Funky bass lines. Tire squeals on hot tarmac. The overzealous pursuit of justice. Your own space to take the time to gather yourself, away from the complexities of reality. What better place to be than the faux-1970s San Francisco you’ve created in your own head?

In Driver: San Francisco, you play a cop hot on the trail of a gangster named Jericho. The only thing is: you’re in a coma. It’s the 70s, but not really. You drive around San Francisco doing good deeds, but none of it is real. I mean, it’s a videogame, but the stuff in the game that’s supposed to be real isn’t either. The only way to catch criminals is to crash your car into theirs and wreck them, so the cars are like bullets and the gun is justice. No one ever dies, though, because no one actually exists. Importantly: you are a Good Cop who is a loose cannon but gets result. Did I mention you can possess people? With me so far?

Driver: San Francisco feels like a familiar game even though I’ve never been to San Francisco and I’ve not put one foot in the 70s. It lauds the freewheeling nature of thought and is a romp in the purest sense of the word, an adventure in which car cop John Tanner careens through his memories of San Francisco and TV justice in pursuit of closure.

In real life, Tanner has failed to put his nemesis behind bars. Not only has the criminal escaped, but also he has bested Tanner, who is now confined to a hospital bed. Tanner recreates San Francisco in order to deal with his failure. While it is still a modern recreation, as Tanner knows it from living and working the city, the game drapes it all in the trappings of TV and film. 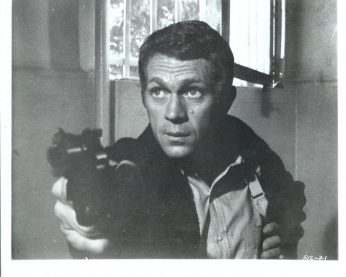 The tone, soundtrack, the cars and even the way they handle riff on portrayals elsewhere. You don’t need to look hard to find shades of Starsky & Hutch, Vanishing Point or Gone In 60 Seconds. The floaty controls might feel out of place anywhere else, causing the cars to slide about on an ever-present oil slick, but here that’s essential to recreating that classic feel.

The 70s aesthetic isn’t there just to facilitate memorable moments at a T-junction. The past is sometimes easier to get to grips with. You see it from time to time: grandparents wistfully longing for their youth through their rose tinted spectacles or Brexiteers trying to paint British imperialism as a great thing. So it is with John Tanner. Like most people, he retreats into a time that seems less complicated and the odds were skewed in his favor.

Justice would seem a lot more straightforward if Dirty Harry was mentoring you. There is no due process in Driver. It is you, your car and perps who need stopping. Tanner is clearly a man raised on the examples of TV justice, the long arm of the law being an all-powerful force whose jurisdiction had no boundaries so long as the good guys win. What better place to tackle his own demons? Away from the realities of paperwork and warrants. Jericho has got the drop on him and that strips everything away, until there is nothing left but good old-fashioned street justice.

The thing about memory is that it lies. Constantly. Our heads are like sieves and our brains try to plug the holes as best it can. It’s an incredible bit of machinery, but fallible. Stay too long and the tears start to appear. That easy thrill you felt knowing you can roar down a pedestrianized street in a Dodge Challenger R/T, without fear of colliding with bodies, gives way to a stark loneliness. The city becomes twisted and dark. As perfect as the past may seem at a distance, a closer inspection reveals scars and disfigurations that’ll last centuries. That’s why you can’t catch Jericho. Tanner puts up obstacles and barriers. He’s pushing against himself.

Deep down, he knows he can’t stay in this San Francisco, with its immaculately designed jumps and affable street racers. It’s all a sham.

You have to wake up, Tanner.