This is a reprint of the letter from the editor in Unwinnable Weekly Issue Sixty-Five. You can buy Issue Sixty-Five individually now, or purchase a one-month subscription to make sure you never miss an issue!

My first memory of the Brandywine Valley, west of Philadelphia, is driving out there on a Friday night after school, perhaps second grade. I think we stayed in a big, brown Sheraton in Wilmington. The only thing I clearly recall from the trip was having gotten a small pile of books from the monthly school book sale (run by Troll or Scholastic or some such). Among them was a silly little book of ghost stories called Things that Go Bump in the Night.

I remember reading that in my bed in the Sheraton and, silly as it was, not sleeping much that night.

I’ve no idea if that was my family’s first trip out there or its dozenth. It certainly wasn’t our last.

We generally made two stops: Longwood Gardens, an awe-inspiring botanical garden,  and the Brandywine River Museum, a small museum dedicated broadly to the illustrative arts and, more specifically, to the work of the area’s local family of painters, the Wyeths. Both places wielded an undue influence over my development.

The Wyeths’ influence is easy to chart. N.C. Wyeth’s illustrations for Treasure Island and The Boy’s King Arthur led me to those classic adventures, conveniently available in the gift shop. Also in the gift shop was a book called Gorey Games, which was essentially a children’s activity book of mazes and puzzles illustrated by Edward Gorey. Up to that point, I had only known (and loved) Gorey’s macabre work from the title sequence of Mystery! My mother was understandably dubious of the book’s appropriateness for a boy of my age, but it came home with us anyway. That eventually led to the children’s horror adventures of John Bellairs, which in my day sported Gorey-penned covers. Those books, filled with evil sorcerers and abandoned estates, started me on a long road of loving spooky things, so maybe mom was right. 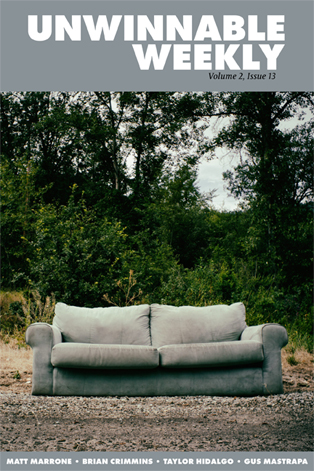 Longwood is a bit harder to nail down as it introduced me to something ineffable: a sense of mystery. As a kid, I had never been to a place that seemed so old and strange yet inhabited. The winding corridors of the conservatory, filled with exotic plants, and the crumbling fountain gardens always struck me as places full of secrets. It could have been the place Gorey had in mind when he created the Mystery! title sequence, all topiaries and murders. And those abandoned estates from the Bellairs books? Longwood was those, too. I often wondered if evil sorcerers gathered there to appreciate the plantings.

There are other things, as well. The older I get, the more I appreciate the paintings of N.C.’s son, Andrew Wyeth. Again, they are steeped in mystery and a sense of the abandoned and weather worn, all of which seem to be inherent characteristics of the region. One of my favorite things I’ve written is a strange little story that tries to marry some of his paintings with the opening text of Zork. There’s the gardening, too. And the children’s book, The Stray. And Baldwin’s Book Barn. And the restaurants and antique shops I’ve discovered in recent trips. And the people I’ve met over the years, who have had similar connections to the place.

Daisy and I travelled down to the Brandywine Valley this past weekend as a kind of mini honeymoon. I spent much of the trip aware of the echoes of that magic, able to trace all the countless ways the place influenced an open-minded child who arrived, year after year, at the right time and saw the right things.

How much can a single place give you in a lifetime? How many places like that can you hope to discover?

This week, Matt Marrone takes Google Cardboard VR out for a spin. Brian Crimmins digs into the economics of the Mega Man spin-off The Misadventures of Tron Bonne. Taylor Hidalgo wants to bring games back to the couch. Finally, Daisy realizes she won’t be able to defeat the skeleton guard with brute force in the latest installment of Gus Mastrapa’s Dungeon Crawler.

Right. Back to my sick bed in the hopes of finally kicking this cold…

A Perfect Storm is Brewing for Monster Movies