Wow about Hyper Light Drifter being “out there” like that. I’m totally unfamiliar with the idea of a big launch and of having some huge community of people waiting for you to make a thing and so on – how did it feel when you hit the go button for the Steam preview?

This is my main question for you this time, because I’m perhaps unreasonably fascinated by people doing proper game development for money and rabid fan bases and so on. The psychology of that in particular.

So yes, you are a very busy guy. Need can wait, it seems to me. I think we should only really worry about sidelined projects if they’re being sidelined for kind of nothing. Definitely not the case for you right now.

I’m super super glad that you liked Manifest, like really. Definitely chasing after the brain training kind of vibe, and I’m trying as much as possible these days to make games that fit on phones in html5, and since portrait mode has tended to suck (in iOS) I’ve usually gone with trusty old 480×640.

As to the game’s intentions, well it was an attempt to make a game about magic in present day culture I guess? As in, things like The Secret, where there’s this idea that just thinking about stuff hard enough will make it become real. I find that sort of psychology very interesting.

Then I ended up weaving in some weird stuff about the Mir space station as a kind of origin story because MIR is the acronym for “Magic Is Real” which was the theme of the Make Game pageant I made the game for.

Still, I had promised myself to kind of do another jam over this last weekend to get some traction on Jostle Parent but instead I remade my website. I don’t regret it too much, as the previous incarnation was getting unwieldy, being made of a couple of WordPress blogs and a bunch of static HTML and PHP scripts.

The new version exists entirely inside a single WordPress thing and I spent most of the weekend (and today) populating it with all the old data and styling the CSS enough for it to not look quite so default. It’s done now, anyway. I’m kind of trying to professionalize a bit at the moment in keeping with stuff that’s going on in life, including a solo exhibition in Brisbane, Australia and what looks like a pretty great job next year in Montreal. 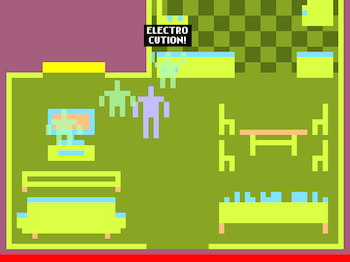 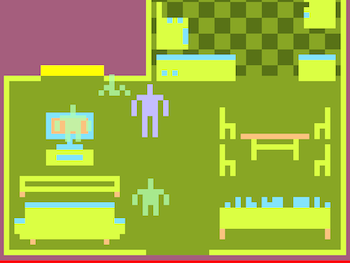 Big blocks of text. Gross. Well, let me end by saying I did a couple of things on Jostle Parent tonight. I made kids knock-downable (and actually I solved a bunch of issues I was having with kid death the other day too) and I made little signs above their heads for when something terrible is happening to them. It’s not much, but it’s stuff.

Yea, launching the Hyper Light Drifter Preview was both surreal and unexpectedly plain. On one hand, it felt like a big deal to release a game out to thousands of people all at once. On the other, the consequences felt temporary, the stakes, low.

Maybe I’m just saying that because the reception was so lovingly positive, but it didn’t feel like anything hung in the balance in the way I felt when releasing Shove Pro, my first indie commercial release on which I was depending for income. I guess you could say it drummed up its own style of angst – when I release something, what are the stakes for me? Are my expectations so high that regular successes feel plain and unspectacular? We both are certainly living charmed lives to do games for a living, but I suppose any station in life comes with its own troubling relative setup of hopes and fears.

I think updating one’s website is both incredibly productive and also feels like writing your name down on paper, or making a business card. Very smart to do, but not always rewarding. The site looks good! I’m still loving your text treatment for your own name. What handsome font is that?

I love the fallen-down state for the children. You do so much with nigh-zero pixels!

We’ve discussed trying to type less. I like our thought that this will put more focus on supporting each other in making progress, and less focus on just talking about wanting to make progress.

In that spirit, I will stop myself from gushing about Manifest and, instead post this animated gif of the color being knocked out of a player in Kyoto Wild!