My friends don’t play Civilization with me anymore because they know if they do, I will turn on my livestream. We’ll sit down and we won’t get up again for 13 hours – that is, until someone is eventually declared “Glorious God-Conqueror of the known world.” 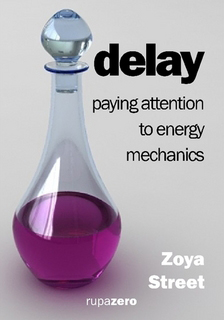 We’ll neglect sleep, food and maybe even the bathroom to keep the game continuing. These long, unbroken game sessions are pretty common for gamers. It’s common for Zoya Street, too, as he outlines in his book Delay: Paying Attention to Energy Mechanics.

Marathon gaming bouts are something Street finds to be an indulgence, one that he both loathes and loves. “I have let go of the bit of my superego that tells me I should be doing something else…It’s kind of revolting. And it’s wonderful,” he writes.

Like with Civ, those 13 hours represent our shameless abandon: a shared high that continues in a liminal space. But there is no shame within the time spent. That comes in the crash afterwards; we haven’t just lost 13 hours, we’ve also lost the next day and a half, since we have to recuperate from our indulgence. That’s really why my friends won’t play Civ with me anymore. It’s the toll on our bodies and our minds that limit us from playing this specific game together.

But Zoya told me there were other games – games that, as he puts it are made for  “people whose superego does not habitually dissolve when they start playing.” Delay claims that there are transgressive games (with butterscotch names) like Frontierville and Candy Crush Saga that fly in the face of videogame doldrums. 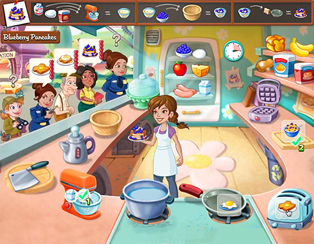 These are games that are worth playing because they stop you from getting your way. For example, Kitchen Scramble will keep you from continuing to build your culinary kingdom by cutting you off from your key ingredients until you either wait for more to be shipped in, ask your friends for a cup of sugar, or pay the app to refill your kitchen.

This is called “energy” in most like-minded games, and this continual renewal of resources is a core design of many games on Facebook and mobile devices, platforms adjacent to socialization. These are games that are designed to be played so that when you run out of energy you can stop playing and pick it up again in 30 minutes or when you wake up again in the morning.

And when you do wake up, you’re once again full of energy. As the day goes on, you slowly start to use up your fuel. Your batteries drain. You go to sleep. After another night of sleep you are full of energy again. The way we understand how our bodies consume and regulate energy is part industrial and part Cartesian (or Taoist) philosophy: basically, on any given day you (at the best of times) allocate eight hours for working, eight for sleeping and eight for nourishing oneself, either through eating, being social, playing or the like. It’s a balance of mind and body that’s both efficient and valuable for continued living, and playing with energy in casual games mimics that balance. 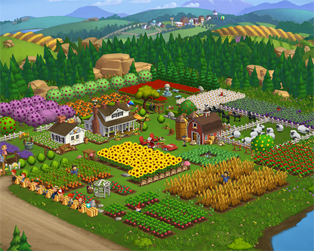 As it turns out, by combining play and work into one unit games like Farmville are actually encouraging you to spend equal time actively playing and resting from it; you’re at your most efficient this way, since the more you balance tending to your farm with down time, the better it theoretically sets you up to be more productive the next time you play.

This results in social game players starting and stopping games habitually. Streets calls the phenomenon “snacking”: something players return to whenever they need a little of that nourishment.

“[Snacking] doesn’t even mean that every play session will necessarily be short; only that you can get a restorative experience of some sort from the game within a couple of minutes,” he writes.

In essence, snacking is basically saying that all these free-to-play time-unlocked games are good for you – as long as you ignore the siren song of in-app purchases. It’s this restorative aspect that’s built into social games which is so substantial, allowing you to act like a human.

Whereas something like Dota 2 may be built for a brain in a jar, Candy Crush encourages people to go to sleep, have jobs, get outside, exercise, hang out with friends and whatever else human beings do. Just by not playing. None of that success and failure in other games really does much to curb the common shame of overindulgence. 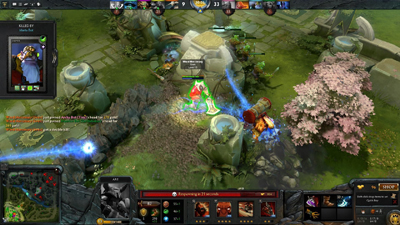 How might we use social game design to better understand both games as well as ourselves? Street says playing them lets us get to the heart of our own intrapersonal essentials.

“Snacking is a private way for dealing with one’s psychological needs,” he writes. What part of these are fulfilled by playing with energy? Maybe it’s a need for ritual, being allowed the opportunity to return to a safe, predictable space where we are full of energy (and it is encouraged to use that energy).

It could also be a need for socialized play experiences, where everyone has these same equal limitations to their play. Most importantly for game designers, it’s vital to understand that players can (and should) do other things other besides play. And that not playing can actually be a beneficial element of design.

To wit, Street discusses a psych-based design phenomena specifically for energy-based play called the “attention depletion-restoration cycle”: our bodies enjoy releasing energy and, in turn, then take a break to restore that energy, just like the energy we expend (and must recharge) in real life.

We may be inextricably tied to our bodies and, if you think about it, this is the very root of the quintessential shared play experience. Escapist themes of gaming have inspired post-humanist narratives like The Matrix, but even inside the Matrix you exist only because you are rooted in your body itself. Energy in games respects players by emulating physical and spiritual properties of being a living person – Yin and Yang, breathing in, breathing out, moon waxing, moon waning – and playing and recharging.

If there’s one way that Delay sticks with you, that in how the small systems of play that make up games can be some of the most informative of our own identities. At the very least you’ll probably never look at in-app purchases in quite the same way.

The Devil’s in the Details

Civilization VI Has the Best Opening. Ever.
Previous Post