One of my greatest talents is my ability to retain useless information. State capitals. Stanley Cup champions. Complete discographies of classic rock bands. The rules of curling. I soaked up trivia like a sponge. 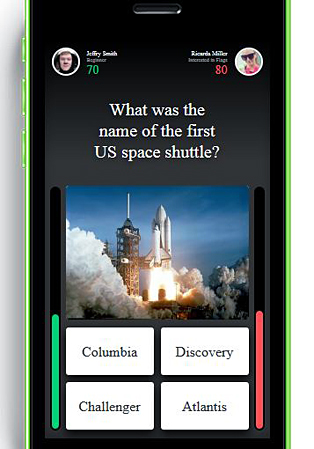 I’m not sure what the trigger was that set me down that path. As a kid, my favorite game shows were ones that tested facts, The Joker’s Wild and Card Sharks especially. My dad used to bring home yearly editions of The World Almanac and Book of Facts and I’d read them cover to cover. I spent hours playing the same tapes of 2XL over and over, learning the answers by heart until my dad had to splice the worn 8 track tapes back together. Whatever it was, it ended up serving me well. My friends and I racked up a pretty impressive undefeated streak when the local Hooters used to do trivia on Thursday nights, and as a result we probably didn’t pay for a single Islanders or Mets ticket in the late 1990s (not that the Isles tickets were worth all that much to begin with, but that’s another story).

I don’t get too many opportunities to compete in trivia contests anymore, though. I always find out about Jeopardy! giving their online tests the day after it’s happened. While NYC Social runs an occasional trivia league, I prefer more physical pursuits. But most importantly, the local NBC affiliate does online trivia every Saturday, right when I normally go to my Weight Watchers meetings, and my friends regularly brag about their skills. So I challenge you, new PC Magazine contributor Evan Dashevsky! You’re going down, too, Claire Danes Cry Face chronicler Jess Hullett! Bring it on, beloved children’s author Colleen AF Venable! It’s a battle of wits at dawn… in QuizUp!

I’m not sure what drew my attention to QuizUp. There was a fair amount of hype once it was launched on Android, but unlike Threes I hadn’t heard anything about it before then, and there wasn’t a conscious effort to clone the game in an attempt to beat the developers to the punch. But all of a sudden, there it was on the front page of the Play Store. And then there it was on my phone. And then there I was grinding my way to Level 10 in Simpsons trivia. 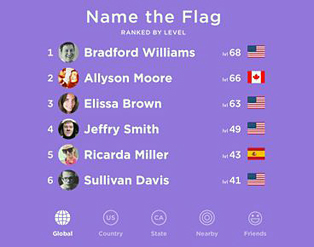 I mentioned it to Ken, and the next thing I know we’re squaring off in the squared circle of pro wrestling trivia. But unlike that weekend when we were all really into Flappy Bird or Brendan Keogh’s infamous Triple Town bender I triggered at GDC a few years ago, there’s nothing keeping my nose in my phone constantly. It doesn’t take too long to get to Level 10 to rack up catchy nicknames for yourself. And, frankly, the longer you play, the more you notice the questions repeat themselves.

That said, it’s hard to argue with the hundreds of topics available. Each time I load the game, I discover a new category that I feel like I need to try. Hockey. Name That Flag. 1980’s Music. Futurama. There’s enough to keep me busy for a while.

Ask Don about the time he tried out for Who Wants To Be A Millionaire? on Twitter @ImDonBecker.

Rookie of the Year: Lost in Hawaii