I remember the first time I set foot in Hyrule Field in The Legend of Zelda: Ocarina of Time. It was ridiculous. Kokiri Forest already felt big, but this offered so much more: I could walk for game-days, sun descending, skeletons rising and never run out of new discoveries. This world is massive, I thought to myself, and I can go ANYWHERE. 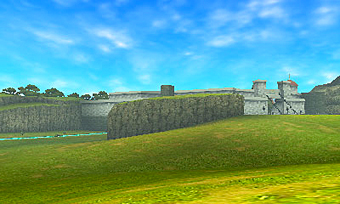 Fast-forward to September 2012, and I’m standing atop a decrepit rural patch of China’s Great Wall, surrounded by vacant mountains and yellowed shrubbery. This is much more real than Hyrule, and obviously way more impressive, yet the feeling is somehow the same: the sense of being overwhelmed by a world you were just starting to get a handle on, only to be shocked by the discovery of how much greater it really is.

What I couldn’t have recognized as a 9-year-old, and what only became obvious to me after living two years abroad, is that those adventure-based worlds of Zelda and Final Fantasy honed in on some primitive desire in me to move, to puzzle-solve my way from A to B. Traveling, like videogames, is a way of interacting with some brilliant design that you could never in 10 lifetimes conceive. And, crucial for an awkward 9-year-old Jewish kid who grew up into an awkward 24-year-old Jewish kid, both travel and gaming offer rebirth as a stranger in a new world.

My father would always hound me to go outside instead of playing games on perfectly sunny days, and he was probably right; I would’ve had a happier childhood. The truth is that I was an indoorsy kid. I didn’t hike, play sports, go to summer camp or take big family vacations. How else does a 9-year-old who considers going to the mall an “adventure” experience the outside world? It took a decade for that bundled-up urge to manifest itself in actual global exploration.

I hate to be one of those travel writers who fancifully quotes better travel writers, but whatever; Pico Iyer once wrote that “traveling is an easy way of surrounding ourselves, as in childhood, with what we cannot understand.” There’s a strong argument that videogames unleash the inner child in all of us – all the more when we’ve actually grown up with them. There aren’t many better ways to rekindle that feeling of childlike innocence. 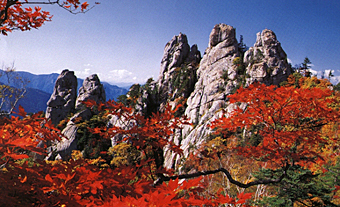 Travel is the natural maturation of that sense of wonder. We visit other countries for many of the same reasons that we indulge in RPGs: to first be awestruck, then be humbled and finally to overcome new challenges.

Not to overstate the case, but there are practical lessons, too, that games teach us in preparation for the travel world. Puzzle-solving and resource management is essential wherever you go, not to mention the importance of looking for details and the value of talking to locals. (I realize the silliness of claiming that chatting up Tom Nook in Animal Crossing taught me how to talk to strangers, but on a base level the parallel exists.)

Sometimes I still think of travel as one giant videogame. For example, it was uncanny how game-like South Korea’s Seorak Mountain was for us, which we summited all 1,708 feet of in thick midwinter snow without any proper gear. We literally cried and hated ourselves going up, and found the most difficult part – the proverbial boss fight – at the ultimate peak, where fierce icy winds crystallized my snot and blew it sideways off the mountain in the same breath. But at the top we found a shelter selling $10 crampons (cleats for snow hiking), which made the way down unbelievably easier. It was as if we’d literally opened a treasure chest and raised the new item above our heads: You got the Hover Boots! Now you can walk on anything!

Whenever we meet a couple headed in the same direction, I try to extend my hand, because you never know a person’s value until you work together with them. If Final Fantasy VI taught us anything, it’s that even people you don’t like (Oh, Gau’s dead again? What a surprise.) can be useful. Whether it’s sharing a cab, teaming up for a hike or following a local up a mountain, a little chime goes off in my head: A new member has joined your party! 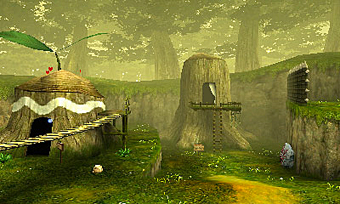 And yes, I am aware that comparing the art of limitless globetrotting to a game’s finite universe kind of simplifies the issue. That’s on purpose. The comparison, for me anyway, makes an easy summary out of the more psychologically complex feeling that we’re all just specks in the universe. But there’s something comforting there, too, which would claim just the opposite: as a traveler, you’re the hero of your journey. You choose your own path. Nobody cares as much as you should that you saw the Colosseum or Angkor Wat or captured all 650 Pokémon. These are personal projects.

On a tactile level, videogames taught me puzzle-solving and thumb-eye coordination. But also, in the long run, they proved my dad wrong: they made me want to go outside. They gave me a much cheaper outlet for the innate wanderlust that eventually drove me to hop on an airplane and fly 12 time zones away.

Above all else, videogames teach us that the world is meant to be explored. It’s important to press pause every so often and remember that.

Michael Fraiman is a travel writer and editor now on a four-month trip around the world. You can follow his blog at www.alongwayback.com

The Mystery of the Stones

I Lost it at the Suncoast Motion Picture Company – Part 2

Two Brothers Save a Cat