Youth pastors often like to make the case that Christians can have as much fun as “the world” can. As a Christian and former youth pastor (who may have actually said that line a couple of times myself), I’m here to tell you: that is categorically untrue.

The truth is that the fruit of the Spirit of Christ, according to the Apostle Paul, is self-restraint, among other things. There is no supernatural consolation prize for those of us who don’t get to have sex with whoever we want. Prayer, even the most focused and God-centered kind, doesn’t feel the same way. And as much as we like to convince ourselves otherwise, winning a game of Settlers of Catan simply doesn’t feel as good as intercourse.

[T]he more I focus on living out my beliefs consistently, the less I go around chasing fun.

The Christian ideal, of course, is that waiting until marriage to have sex is supposed to be right, but not fun. It’s supposed to be fulfilling, not exciting or even engaging. Not yet, at least.

Fun is sometimes a monster that dominates my spirit, and convinces me to follow my impulses until I am satisfied or stuck. It finds me starving for entertainment or play, and insists that I can do something about it. So I go days without writing or cleaning the house. Instead I drink, play Bejeweled or watch 10 episodes of Saved by the Bell in a week for no other reason besides the fact that it’s what I feel like doing in the moment.

And when it’s time to get back to work, it’s less like flipping a switch and more like crawling out of quicksand. My life is not always characterized by self-control, as the apostle Paul says it ought to be. Part of the reason is because I don’t often realize I have lacked it until it is too late. I awake from a stupor of dumb TV or jewel-matching and I’m not mad at myself, but I’m like, “Why did I do that?” I’m frustrated.

For Christians, sex is more of a bold line to cross than it is a gradient. But it’s a frustrating line. Its very existence acknowledges what we’re missing out on: a lifetime of carefree and unattached sex, of feeling good – really good – with someone else. It’s a kind of life that so many others have endorsed wholeheartedly and vocally. Shame and risks associated with extramarital sex have been minimized to the point that, for most, the decision is a no-brainer.

I’ve tried, but I can’t really convince myself that virgins have the most fun. And as a divorcee, well, I’m particularly screwed, pardon the pun. I know what sex is like, and I can’t lie about it: it’s fun. It’s probably the most fun anyone can have.

You don’t really even have to be super attached to the person, either. It’s the basic physical act itself that’s such a viscerally satisfying experience. That’s where we get the trope of the angry couple that fights and fights and then suddenly makes out, gets busy on the floor or whatever and comes out the other side relieved and happy. They’ll last another day before they start arguing again, but that doesn’t minimize how good those 30 minutes to an hour were the previous day.

So it’s weird, then, to forgo that opportunity for fun. It’s hard to convince myself that I don’t want this opportunity for something that feels so, “Oh man, this is it – I am really living now.” It’s an existential apex. It’s a perfect realization of the human ideal. 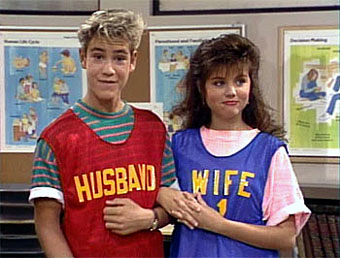 But I’m aspiring for something besides human ideals, so I have to restrain myself. It’s not just counter-cultural – it’s against my very nature. It’s not natural. I have to hold out for something called “marriage,” because I do not, unlike others, believe it to be a man-made institution, but an institution put in place by God Himself.

I hate this. It is a struggle. It does not feel okay. But, I tell myself every day, it is what I believe.

Weirdly, the more I focus on living out my beliefs consistently, the less I go around chasing fun. For whatever reason, Halo and Bejeweled become less satisfying and Cart Life or Kentucky Route Zero seem transcendent. I find myself indulging my own desires less and allowing things to challenge me, to challenge my patience, and sometimes my spirit swells. Those moments are rare, but they are worth it. They’re not what I’d call “fun,” but they are what I would call “better than fun.”

Those very same youth pastors – the ones who look their youth groups straight in the eye and insist that Christians can have just as much fun as the world – are the same people who then launch into an explanation of some hilarious game they’re going to make all of the youth group play together. Maybe they’re playing “fluffy bunny” and seeing how many marshmallows they can shove in their mouths. Maybe they’re trying to pass oranges to one another’s necks without using their hands. Whatever these youth groups are playing, these games – sexual overtones, forced intimacy and all – rest squarely in the shadow of the sort of intense intimacy and payoff that actual sex offers.

If there’s one thing I’ve learned, it’s that the best thing we in the abstinence-only crowd can do is to ignore the shadow of fun and play entirely and focus more on the foreshadowing of something deeper: the gift of married love, the intimacy it entails and the eternal relationship between Christ and His church that it represents.

Sins of the Father