I tend to take the public bus approach to air travel. Jam the earplugs in early, crank the music and look as unapproachable as possible. That trick works on your run-of-the-mill lonely flyer. They might make a feint or two at striking up a conversation, but once you make a show of pulling out the ear bud and stop giving them your undivided attention they get the picture. To further drive the message home, I’ll go back to solving the crossword, reading a book or playing a videogame.

When I asked what he was playing, he replied tersely, “Conquest,” as if to speak the name Pokemon in polite company were a grievous offense.

Of course if you’re sitting next to a gamer, that last option will most assuredly backfire. You’ll see them tentatively peer over at your screen, hoping that you’re not playing some sports game. Then, when the moment is right, they’ll ask a polite question or make a knowing comment. The truth is that, despite my show to the contrary, I’m amenable to the good (or even mediocre) conversation about games.

Earlier this week, when the young man in the aisle seat commented that the game I was playing (Final Fantasy Tactics on the iPad) was his all-time favorite game, I couldn’t help but sense a bit of kinship. The kid had good taste and either the good sense to not push the conversation or the uneasy hesitation of the socially awkward. I lean towards the latter because of his fedora, tiny teddy bear pinned to his backpack and pink Nintendo DS.

When I asked what he was playing, he replied tersely, “Conquest,” as if to speak the name Pokemon in polite company were a grievous offense. Maybe I stepped on his toes a little when I quickly replied that I was a big fan of the game and asked if he’d ever played Nobunaga’s Ambition. Or maybe it was the stewardess that killed the flow when she brought my sparkling water and the Diet Coke for the gassy old man to my right. 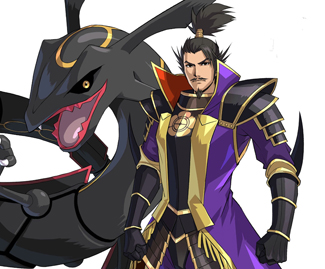 Then it was my turn to feel self-conscious when I allowed my party to get dismantled in the Magic City of Garland – only the second real battle in Final Fantasy Tactics. I hoped the guy next to me didn’t notice that I’d let my chemist (woefully understocked with potions) and Ramza fall at the hands of these early game thugs. With no Phoenix Down – like my healer had even learned to toss one – the TKO counter on my hero soon ticked down to “Game Over.”

I suppose I could blame the new interface on the iPad, but the truth is that this first game always throws me for a loop every time I pick it up. If Final Fantasy Tactics: A2 slips on like a familiar glove, Final Fantasy Tactics: War of the Lions wears like an old pair of jeans now many sizes too small. Eventually, I got my groove back, keeping my squires shoulder to shoulder, tossing potions from behind the line and methodically surrounding and cutting down those dangerous jerks.

During the rest of the flight, I was too wrapped up in the game to check in on the guy beside me. He was playing Pokemon Conquest for much of the flight and (presumably) having a much easier time. When it was time for the plane to land, we both dutifully put our electronic devices away. Pink DS Guy made some small talk about how the plane had circled for quite a while before landing (I hadn’t noticed) and the length of the trip from Las Vegas to Detroit (guy must not get out much) before we touched down and deplaned.

In the jetway, I hoped to send the young man off with some positive words, but I think I botched the job. There was a young woman walking ahead of us. Her head turned when I said, “Good luck with Pokemon Conquest” and I felt the fedora’d guy stiffen a little. For days since, I have tried to assure myself that the woman’s glance was one of recognition with not a hair of judgement, but I can’t convince myself of that lie. So I am left with the only other alternative – to offer a heartfelt, “Sorry, dude,” and vow to keep my earplugs in and mouth shut from now on.