While browsing one of the less-picked-through used bookstores in the city, I found myself holding a beautiful little travel book. The words stamped in fading gold letters upon the front read: DuLac’s Pocket Journal of a Tour of the World; With Special Attention Paid to Remote and Hard-to-Find Locales. The tome was written by C. E. DuLac and published in 1976 by G.G. Press. It was a smallish hardcover, just bigger than the palm of my hand; it had a worn red cover, cloth binding, gilded page ends and a deep red, silk bookmark sewn into the binding.

The book contained short travel entries compiled by Mr. DuLac – who is indeed quite the traveler, which is evidenced by the hundreds of entries in the pocket book. While thumbing through, I found a peculiar listing. It sat just above an informative section about Boston, Massachusetts. Faithfully replicated here, it read as follows: 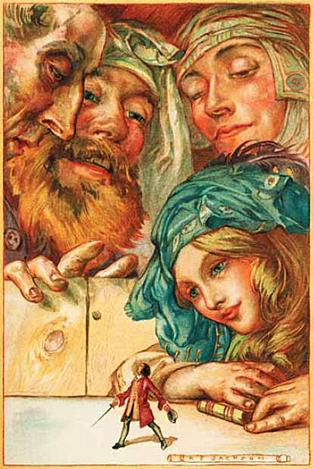 Arkham, Mass.: Est. Early 17th Century
American city split through by the hoary Miskatonic River. Contains the venerable Miskatonic University. Do make time to visit MU’s library with the hopes of gaining entrance to its expansive antique and occult reference section. Be warned to keep off the streets at night, however; Arkham is possibly the strangest and most haunted American city one can encounter. Those night-darkened streets become fairly cluttered with things best not described.
Helpful Hint: Catch the bus at Aylesbury Street for a day trip to historic Innsmouth. Be sure to catch an early bus; one does not want to spend the night in that near-abandoned fishing community.

Why was this entry so strange? Something in the deep recesses of my brain lit up when I read it – with talk of “things best not described,” it’s not your run-of-the-mill travel piece – but I couldn’t quite place the feeling of recognition I was experiencing. I flipped around some more, and eventually happened upon the following entry, which came after a helpful travel tip detailing the areas of the continental United States that include gratuity in the check after a meal. The entry read:

Brobdingnag: Disc. 1703 by Capt. Lemuel Gulliver
A secluded country attached to a peninsula off the coast of California, although some sources place it within the subregion of Micronesia. Brobdingnag is populated by persons of very large stature, some measuring in excess of 60 ft. tall. Brobdingnagians are a logical and precise people, favoring mathematics over flowery literature and poetry. Laws are clear and concise, as one may not use more words than there are letters in the alphabet to express them. Adventurous travelers will relish climbing the steep volcanic peaks to the northeast.
Helpful Hint: Pack a weapon, for the fauna are proportionate in size to the inhabitants, and one does not want to face a six-foot rodent or splacknuck alone and unarmed. 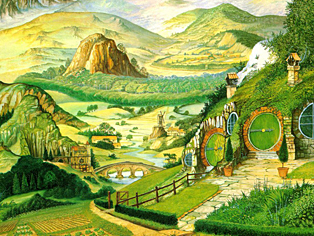 I realized then that DuLac was providing travel tips for worlds and lands that exist solely in fiction. I picked out a few of the more intriguing entries. Bear in mind that each entry was listed just underneath or above a description of a real-world locale or a prosaic travel tip, which made for an interesting hunt.

The Shire: Est. 1601 in the Third Age (Year 1 in Shire Reckoning)
Perhaps the most peaceful and fertile land in all of Eriador, with Rivendell at a ghostly second. The Shire is preferred on the merits of its inhabitants: the Hobbits. Hobbits are a small people, roughly three feet or so in height, who subsist largely on farming and have a fondness for food, festivities, brewing and tobacco (which they term pipe-weed). Do remember to be polite and friendly, for while the Hobbit-folk are patient, they rarely tolerate eccentrics, especially those who come bearing fireworks and tales of dragon slaying. You’ll likely not find more pleasant weather in all of Middle-earth, and it is suggested you spend an entire day smoking the local tobacco while sitting on the banks of the Brandywine River.
Helpful Hint: The Shire boasts the most diverse cuisine in Eriador. Arrive hungry and don’t skip a meal, which is a challenge for there are six in a single day.

Gotham City, Gotham: Est. 1666
American city located on the Eastern Seaboard. A cluttered mass of skyscrapers and back alleyways, Gotham City has as its claim to fame an unfortunate crime rate and myriad disasters. As the city is wracked by plagues, earthquakes and crimes both petty and horrific, it’s a wonder that the inhabitants haven’t all fled. Gotham boasts an impressive array of fine art museums and cultural institutions, all funded by the altruistic Wayne Industries, as well as the finest Gothic, Art Deco, and Art Nouveau architecture in all of the continental United States.
Helpful Hint: Travelers should be wary of breaking any of the local laws, for legend has it that a bat-like creature patrols the shadows and physically assaults those with ill intent. 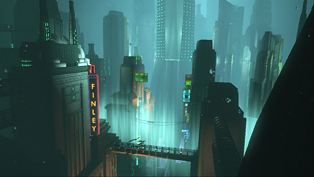 Rapture, Atlantic Ocean (63° 2′ n, 29° 55′ w): Completed in 1946 by Andrew Ryan
A grand experiment: an underwater city free from the influence of politics, religion and government, where science, innovation and the free market rule. One would imagine a feeling of unbearable claustrophobia being that deep under the Atlantic, with thousands of tons of water surrounding you on any side, but the sheer scale and Art Deco design of Rapture dwarfs any feeling of harm. Its inhabitants seem pleasant and healthy, even moreso than most who live upon the surface world. Perhaps this is due to a type of vitamin they take called Adam. It was explained to the author more than once, but I fear my scientific knowledge was insufficient to understand. Suffice it to say the citizens of Rapture virtually crackle with electrical vitality. I wasn’t able to stay long, sadly, but my hope for Rapture’s success is great.
Helpful Hint: Anything you can think of can be purchased in Rapture, so bring your shopping list. Be wary not to trouble any of the little children who wander about the city, for they are most likely being trailed by massive diving-suit clad workmen of a sort. Very protective to say the least.

Airstrip One, Oceania: Est. 1984
Oceanic province, which includes the city of London. If editorializing is permitted, a dreadful place to be avoided at all costs. In Airstrip One war is constant, government surveillance is ubiquitous and the populace is controlled by the pervasive state. War is peace, freedom is slavery, ignorance is strength and if the state wills it – two plus two equals five. Fortunately, arriving in Airstrip One can be avoided by staying informed, staying aware and questioning authority.
Helpful Hint: As drab as Airstrip One may be, intellectual solace can be found in the Chestnut Tree Cafe. The author would suggest travelers try the Victory Gin, but there really isn’t much choice in the matter. 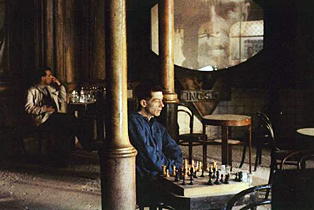 Myst: Age Unknown, written by Atrius
A puzzling place. I know of no other way to discover this land other than by visiting the oldest library you can find and paging through the oldest tome you can find. A beautiful and isolated island, and almost entirely uninhabited as well. Unsure as to how I arrived there and unsure as to how I could leave, I had nothing to do but explore my surroundings. The few, and strange, inhabitants of this island are greedy for attention and may ask you – the stranger to these lands – to complete tasks for them. The author would recommend you trust only the author of the place and disregard the rest.
Helpful Hint: While I’ve always believed that books hold power, the books on this strange island attend a power I’ve not seen before or since. I do not advise lightly: beware what you read.

Xanadu: Est. 1271
Kingdom constructed by Kubla Khan on the coast of Asia; contains a stately pleasure dome built upon hypnotic caves of ice. Some remark that the palace appears incomplete. Legend has it that a traveler from Porlock somehow prevented its completion. Visitors must take the time to stroll the ten miles of walled-off gardens, marvel at the blossoms on the incense-bearing trees and bask beneath the sun-covered greenery. 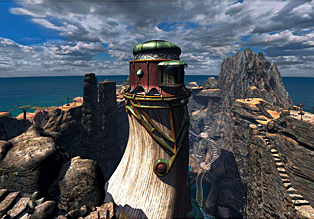 Helpful Hint: Be wary of the geyser spurt from the deep caverns below the palace, for it comes up from the sacred river Alph. Be doubly wary of the ancient woods nearby, where it’s said that demons abandon their lovers.

There are many more entries in this imaginative little book, which is no doubt long out of print. It gives me pause to think how a book such as this was ever published in the first place, being obviously a mixture of the real and the fantastic. Could DuLac have been playing a joke on his editors and readers? Did he really believe that he was visiting these places? Did he truly think that he spent lazy afternoons with Hobbits and gazed out upon the cluttered cityscape of Gotham?

Perhaps he did actually visit these worlds within his own mind, transported there just as we are, by the power of stories. I suppose, also, that a book such as this, packed with so much information about the fantastic, must surely reside somewhere in the fantasy realm as well. So when next you’re imagining, arm your mind with equal parts suspension of disbelief, outright lies and the raw power of make-believe, and you might just find entry into some remote and hard-to-find locales of your own.

Many thanks to Slice magazine for allowing Unwinnable to publish this expanded version of an original story.

Unmixable: Sounds of the City