We always want what we don’t have. We could have all of the money, power and fame in the world but it always seems like there is one thing that eludes us, some magical key to happiness. For me growing up, that one thing was cable television. I was the one kid my age who didn’t have it and it is what I wanted more than anything.

When I was nine, my favorite show was M*A*S*H. To the other kids, I was practically Amish.

I grew up feeling like I wasn’t in on the joke. I had network TV and, while all the other kids were watching MTV and Nickelodeon, I was watching reruns of Planet of the Apes and Kung Fu. When I was nine, my favorite show was M*A*S*H. To the other kids, I was practically Amish.

Like everyone else, I had He-Man, G.I. Joe and The Real Ghostbusters after school. If I could wake up early enough, I could catch Robotech. And, of course, there were Saturday morning cartoons until 11:30 a.m. But, do you know what happened at 11:30 a.m. on Saturday on network TV? Soul Train. There is nothing my 9-year-old self hated more than Soul Train.

I’d hang out with the other kids at school and they would tell me about Cartoon Express on USA and how there were channels that would show wrestling. Every story they told was grander than the next. I was the only kid on the playground who was out of the loop – my classmates might as well have had a secret handshake at that point.

I begged and pleaded with my mom and dad to get cable. I just wanted to be like every other kid at school, I just wanted to be in the know. Mom wouldn’t have it. It wasn’t because it cost money – she thought MTV would warp my fragile little brain. Little did she know she created my first obsession.

Basic cable became the ring and I, a little Gollum. 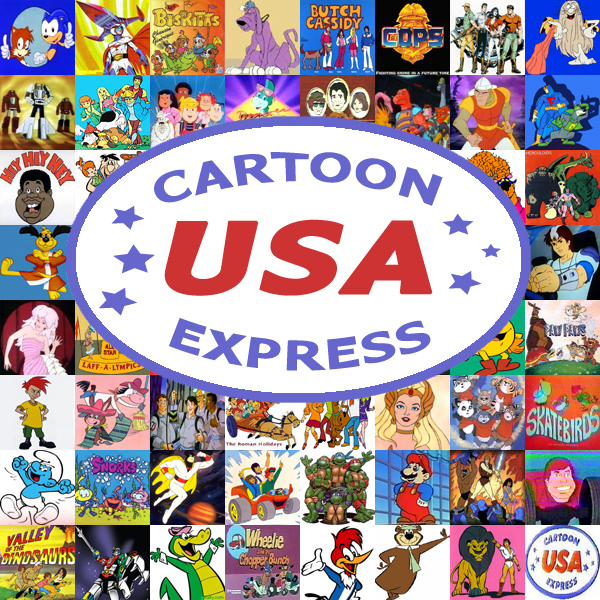 If my parents weren’t going to get cable for our house, I was going watch it elsewhere. I read Tom Sawyer around that time and my takeaway from the book has always been: if you are clever, you can get other people to do your shit for you. And so began my first sales job – hustling my friends on the playground into watching TV at their place.

I became a fan of shows I had never seen, turning the stories the kids told on the playground against them. If I wasn’t sure about something I’d make an educated guess (television in the ’80s was pretty predictable). I talked a good enough game that the other kids couldn’t help but bring me into their homes to watch “our” favorite shows. Sometimes, I even got them to tape things and watch them for the third time with me.

It was a good racket, and one that I kept going until I was 19, when I came home one afternoon and found my dad watching MTV.

I thought it was an April Fool’s prank. That maybe after years of bugging him to get cable he had one of his friends tape it, just to mess with me, but then he handed me the remote and told me to have fun and not to talk to my mom about it because she was “not pleased.” After about 10 minutes of just scrolling through channels in the living room, I made a hasty retreat to the basement. I spent the next three elated days attempting to catch up on 19 years of missed television.

I still watch a lot of TV, but never live. Having a DVR, Netflix and Hulu means I can watch it wherever and whenever I want and having an Internet connection means I really don’t even need to have cable either. In hindsight, the actual hustling of my friends to watch television was a lot more fun than watching it at home alone. And, really, the only person in my household whose mind was warped by cable television was my poor mother, on the day she found the 24-hour news channel. She really hasn’t been the same since.

Follow @johnmiserable on Twitter as he patiently awaits the day they come out with TV a la carte.

I Got Fired From The Man Show