Thinking back to when I watched television as a kid, my mind forms a blob of concepts and characters. While I had habits and shows that I always watched on certain nights, there were also those nights of dead hours before bed where I had to fend for myself. I was fortunate that my family owned multiple TVs, so I wasn’t at the mercy of what my parents were watching every night. I liked shows on NBC and CBS, and the odd ABC show, but I was really attracted to the weirdness that was going on over at Fox. 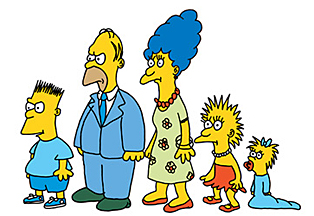 The fledgling network began in 1986, but I had no idea at the time it was that new. Television watching in those days was somewhat chaotic if you didn’t have the newspaper listings or TV Guide handy, which I often didn’t. Many times, it was simply a matter of clicking through the dependable networks or braving the wilds of cable television, where channels were changing constantly. In those days, Fox had that “throw it at the wall and see if it sticks” programming attitude like the cable stations, while hanging out in the easily accessible single-digit channel realm of network television. The TV I used to watch didn’t have a remote, just a cable/channel box with a long cord, so going past channel 13 was always a pain in the ass.

If I wanted reliability, I’d go to the old networks. If I wanted random lunacy, I went to Fox. The influential and long-lasting Married… With Children was one of those shows that I got a kick out of later, since most of the humor went right over my head when I first watched it as a child. But shows like Second Chance, a sitcom about a guy who dies and has to go back and help his teenage self get his life back on track, or The New Adventures of Beans Baxter, about a kid who’s a spy, were somehow easier for me to latch onto. Even the wackiness of Tracey Ullman was welcome, although I have to admit I used to watch The Tracey Ullman Show more for the animated shorts featuring the Simpsons. 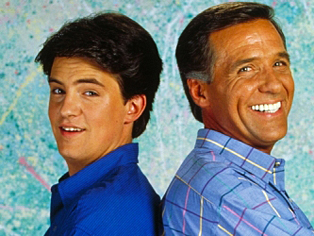 While researching for this piece, I realized how many of these blink-and-they’re-gone shows I actually watched. Mr. President, starring George C. Scott and Conrad Bain, was about the wacky misadventures of a president and his family. Women in Prison was a cleverly-named show about women in prison, which I only remember for a joke in an episode where the women are doing highway work, and one of them is listening to her Walkman. One of the other prisoners asks what she’s listening to and she loudly replies, “It’s The Police!” (and all the other women jump up scared). Yeah, they can’t all be gems. See also: The Chevy Chase Show.

Occasionally, I would stumble on a show that was legitimately entertaining, like the cult classic series Get a Life, starring Chris Elliot as a 30-year-old paper boy living with his parents. In a lot of ways, the surreal and wacky Get a Life paved the way for later series like The Simpsons. I was also really into Parker Lewis Can’t Lose, which brought us the phrase, “Synchronize Swatches!” and managed to knock that awful Ferris Bueller spinoff series off the air. There was also the immortal 21 Jump Street, which kick-started the fantastic career of Richard Grieco and introduced us to that Depp guy. While the seeds were planted in the ’80s, Fox’s true importance in my life and to television at large would become apparent in the ’90s. 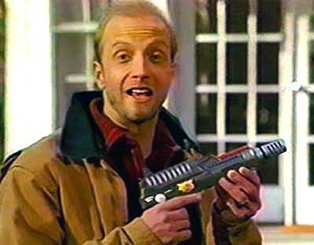 In the 1990s, television made an important shift. Sitcoms could be successful and just about making us laugh, rather than always delivering heady moral lessons like on Family Ties and Diff’rent Strokes. Dramas could follow the soap opera blueprint and be serialized and not just standalone episodes. Television could be made on the cheap by having cameras follow around crazy people. Other sketch shows could compete against Saturday Night Live. The changes that occurred in the ’90s made the television landscape a richer place, thanks to shows like The Simpsons, The X-Files, In Living Color, prime time soaps Beverly Hills 90210, Melrose Place, Part of Five and the reality series COPS and America’s Most Wanted. There were still those odd ducks I would catch, like Woops! (a sitcom about survivors in a post-apocalyptic world), Herman’s Head (where we learned that Lisa Simpson voice actor Yeardley Smith talks like that in real life) and the should-have-stuck-around-for-five-seasons-and-a-movie Bruce Campbell cult classic series, The Adventures of Brisco County, Jr. 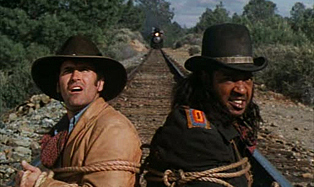 It’s amazing how every day I seem to have recollections from one of those early Fox shows, whether it’s the monster of the week from The X-Files, a nonstop barrage of Simpsons quotes, the later, batshit-insane 90210 episodes or just In Living Color-inspired curiosity as to whatever happened to Damon Wayans. I’ve always preferred my way of life to be slightly offbeat and was highly influenced in my formative years by shows that I happened to catch by random chance. This reminiscence makes Fox’s premature axing of shows like Firefly and Arrested Development, shows that grew out of the late ’90s and 2000s aesthetic, even more annoying. Of course, if every decision they made was good, then they wouldn’t be Fox!