We landed here not many years ago
And it was not a pretty song that we composed.

It’s fucking freezing, but I have the window rolled down anyway and I’m looking at the water through little puffs of my own breath, lit up by the moon, lit up by the numbers on my dashboard. This car’s traveled 40,000 kilometers and now we’ve ended up here, the engine stilled at a lookout point in the darkness. I’m looking out over my dashboard, peering through trees bone-dry, stripped bare by winter. I’m looking at Maroondah Reservoir and I’m listening to “Maroondah Reservoir,” the second track on Augie March’s quietly destructive album Sunset Studies, and I’m wondering if I haven’t just become the big fucking sentimental joke I envisioned myself becoming 10 years ago.

Sunset Studies is the quintessential Australian album for me. I don’t mean that in the sense of Australiaporn, like didgeridoos, deserts and uncouth accents. I feel hopelessly ineloquent trying to describe what exactly Australia is to me. I didn’t grow up here. As a teenager, I visited every other year, perhaps even less frequently, the time between filled with romanticized visions of my homeland. From where I lived in the blistering heat of Southeast Asia, I listened to Augie March and envisioned noiseless black forests, choked by a slow mist. As I fumbled for myself in their lyrics, I saw sad splintering houses and imagined taking the hand of a boyfriend, feeling his ice-cold skin, feeling too many worlds away.

O how can you breathe, little blue?
You have hooks, you have holes in you.
In absentium, and in lieu
Of all the things that have been promised you.
O my sweet, how incomplete we are.

It’s been years since I last listened to Sunset Studies. It’s old enough that I excluded it from my starved-for-storage iPhone and, when I was earlier this week oddly overcome with the urge to fall asleep to the singer’s whisper-weak voice again, I couldn’t find the album on the internet. I was forced to uncover it from where I’d buried it last – with the rest of my obsolete CD collection, pressed haphazardly into the many corners of my one-bedroom apartment. 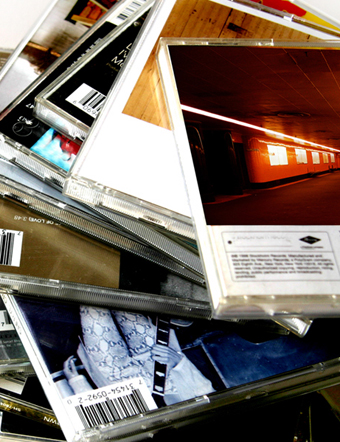 It was my best friend and my greatest comfort a decade ago. As a 17-year-old, I devoured music like others devoured food, and I grew – skinny and awkward and full of a light that I found in banjos, breakup songs, lyrics booklets. As an expat teenager who had no idea who the hell she was, those CDs were my identity and I fell into it blissfully, a little too whimsically.

I look back at myself and roll my eyes. Much of the CDs are crammed into old bookshelves where I don’t have to look at them and what doesn’t fit is stacked on the floor, where I occasionally trip over them and curse loudly. I’ve grown to hate their physicality, their infringement upon my space and the paths I choose to walk. They’ve watched me grow over the years, the once-wistful teenager taken over by who I am now – hardened, serrated, constantly on guard. I adapted to MP3 players years ago. There was something magical about carrying several dozen albums’ worth of music without increasing the weight of my handbag. I felt like a bird, finally uncaged – until I returned home at the end of each day, to an apartment crowded with my history.

The music I adored then is now burdensome and weighs me down; it reminds me daily of my own discomfort and restlessness.

I tried to sell off my CDs countless times. I had an irrational need to get rid of them. I wanted to cut my own strings, to become capable of flight again – but nobody wanted my past. I learned to live with their towering, cluttered presence; I cowered, defeated, in their shadow.

So when I reached into my bookshelf the other day, running my fingers along their spines before finally reaching Sunset Studies, I felt a little resentful that it had come to this. The lyrics booklet seemed a waste to me; why print what you can find online? I sneered at the illustration of a tulip, printed delicately on the disc’s surface. How quaint. Upon removing it from the tray, a sepia-tinged, poorly-focused image of the band grinned back at me, from an era ten years before Instagram. Fucking hipsters, I thought. Don’t expect me to fall in love with you all over again. 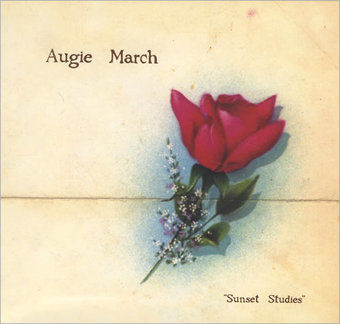 And now I’m here at the lake watching the moon glitter like sad fireworks on its surface, thick cloud roaring above me. Sunset Studies is still playing. The entire album, all 76 minutes of it, has already played and has looped back to the first track, “The Hole In Your Roof,” and I’m realizing that I spent 76 minutes sitting here relating to every word of it, the same way I did as a 17-year-old.

I’ve grown a lot in the past decade. I’ve traveled. I’ve left behind former friends, charred by negativity, and fallen for new faces. At some point I stopped bothering with music and fixated instead on videogames, throwing myself into other, carefully-constructed universes.

I thought I didn’t need music. I thought what I needed was to move on, to throw out that piece of my past to advance beyond all the mistakes I’d made. But six years of being back here, and I’m unearthing the Australia I buried away beneath Sunset Studies‘ layers. I’m delving into the stories of my past, here, and I’m realizing that things I envisioned for myself a decade ago are actually coming true. I am marked, every inch of me, and I can’t rid myself of my history or the things that I used to love.

Maybe my future lay in those old CDs all along.

If you’re looking for an unmarked place,
There is no such place.
Blasted in appearance and a composite of fearful minutes
Frozen in the waking instant.

Fearful Minutes is a different kind of music column, a weekly examination of the crossroads between Katie Williams’ life and the music she listens to. Follow her on Twitter, @desensitisation.