It is a common misconception that I play a lot of videogames.

I do see a lot of games. I also spend a lot of time writing about games (no complaints, truly!). But playing them, beginning to end, at a leisurely pace of discovery – that is a challenge that has nothing to do with gameplay.

The days after E3 are particularly difficult. I’ve just come back from seeing a whole host of amazing looking games, slated for release over the next year and a half. About a quarter of those will suffer delays, another quarter will turn out to have made empty promises (Prey 2, I really hope you aren’t one of them…) but that is still a lot to be looking forward to, even if I did have all the time in the world to play them. It’s rather like arriving at the new neighborhood candy store before construction has even begun. These are dreams of games. 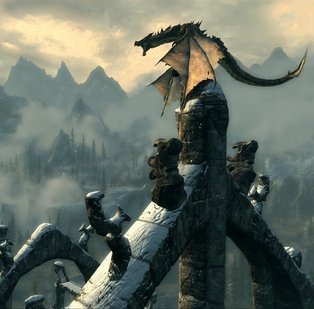 The current running joke at Unwinnable is that we will just put a sign up on the front page on November 11th, explaining that we are all playing Skyrim, would you mind coming back in 100 hours or so? The gang is all laughing, but I am sitting here trying to figure out a way to make that actually work in a world where everything needs to be right now or not at all. Rushing through an experience like Skyrim just to get a review out there just seems wrong headed.

I love videogames. I love playing them and, given the opportunity, I would spend far more time getting the girl, killing the baddies and saving the entire planet. Unfortunately, more often than not, I find myself too overextended to pick up the controller.

In contrast to my plight are the gamers who quit. I am not talking a gradual loss of interest, like when I decided to stop watching The X-Files or when some

people stop caring about new music. I am talking about taking serious measures to never do it again, much the same way you might approach quitting smoking or making sure the South will never rise again.

A friend of Unwinnable, who shall remain nameless, is one of those people. I can’t tell you the number of times he has sworn off the videogames, or for how many reasons. It wasn’t cool. It made him less productive. It blocked his betawaves. Every time he has decided to make a change in his life, his videogame collection has paid the price – consoles get traded in and friends get games on extended loans. When, inevitably, he returns to gaming (because he truly does loves it) he has to buy it all over again.

I don’t mean to single him out (though I am sure he will have words for me at the bar), I only mean to illustrate that for people who feel the need to not be gamers any more there is a corresponding need to make the break up both public and emphatic. The underlying reasons are meaningless – whatever cause you have to foreswear games can be applied to any other type of media. Books take time read and many movies are repetitive, but no one ever talks about quitting them. That would sound ridiculous.

Games, of which the console and PC varieties are only the most recent manifestations, have been with us for thousands of years. Play is an integral part of being human, as much as emotion, deductive thinking and creativity. Abstract rules and competition help us make sense of the world and prepare for its pitfalls without the threat of serious consequences.

To be without games, because of busyness or because of pique, is to deny ourselves the benefits of that unique mental exercise – and we are much poorer for it.

A bit of due diligence is in order here. I have drawn on the work of dream researcher Jayne Gackenbach as outlined back in “GDC 2011: Outbreaks and Nightmares” as well as Paul Graham’s amazing “How to Do What You Love” to form the basis of my thinking here regarding gaming being intrinsic to the human experience. As for the matter of the curious phenomenon of game-quitting, I recently had a conversation with someone about it – I just can’t remember who (it may have been Gus Mastrapa). If it was you, let me know so I can give you your props. Lastly, the excellent illustration is from silights.

Stu Horvath thinks too much and still listens to Pop Will Eat Itself. For more, follow him on Twitter, @StuHorvath.

One Night in Los Angeles