If PAX East is all you’ve seen of Boston, don’t think of the city as a ghost town because the area around the BCEC is a wasteland; think of it as a ghost town literally—because it’s haunted. 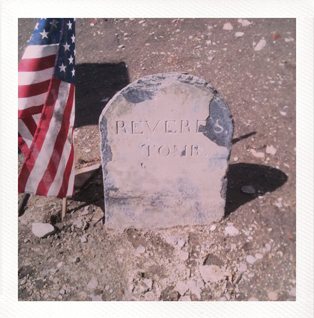 The Omni Parker House is just around the corner from the old Granary Burial Ground, where you can visit the graves of Sam Adams, Paul Revere and the victims of the Boston Massacre, among many other famed colonial figures. But you don’t have to leave the hotel to go ghost hunting.

Just get on the elevator and press “3.”

Room 303, the inspiration for Stephen King’s short-story-turned-John-Cusack-film, “1408,” now lies on the end of a small corridor, and doesn’t look any different from the other rooms in the hotel. But look closely; all of the doors in the hallway are grouped in twos—until you get to Room 305. Next to it, where 303 should be, is an unmarked closet and an electrical room. That is where 303 used to be. 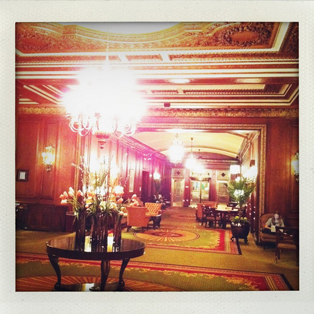 Until they boarded it up forever.

To this day, it is said the ghost of the hotel’s original owner, Harvey Parker, wanders the halls and walks through walls, asking guests if they’re happy with their stay. Other apparitions abound, too, some of them as far up as the 10th floor, but it’s the third floor that seems the most diabolical. The elevator is taken there without prompting, and a once well-known actress, Charlotte Cushman, who died on the floor in 1876, has been seen roaming around as well. And then there is Room 303, where, the story goes, a businessman killed himself in 1949—and where countless sightings have occurred since, from disembodied voices to the smell of cigar smoke wafting from long-empty ash trays.

Much of it, likely, is a myth. Perhaps that closet really has always been there. Still, Unwinnable was determined to at least give it a closer look.

Led by Mr. Ken Lucas, armed with the Ghost Radar app on his HTC Aria, Ian Gonzales and I headed to the third floor, one flight below our room, walked down the ornate hallway, and stood outside the closet that is said to have once been Room 303. 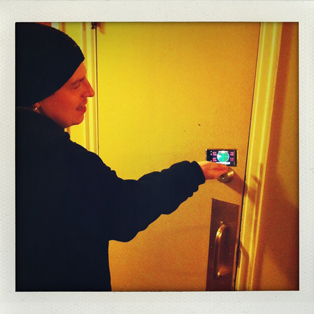 We held out our ghost detector, waited a beat in silence, and then, in a moment none of us will ever forget—we witnessed the true face of evil.

Actually, no, we didn’t. Nothing happened. I don’t think Ghost Radar even made up anything to amuse us.

But we did take pictures. And perhaps, buried deep in their megapixels, or even etched into their metadata, is a message from beyond the grave.

Matt Marrone was also delighted to discover that Boston Creme Pie was invented at the Parker House, that JFK had his bachelor party there, that famous guests from Charles Dickens on down have rented rooms and that Ho Chi Minh, Malcolm X and Emeril Lagasse all worked in the kitchen at one time or another. Follow him on Twitter @thebigm.

Biomega: A Nightmare of Scale