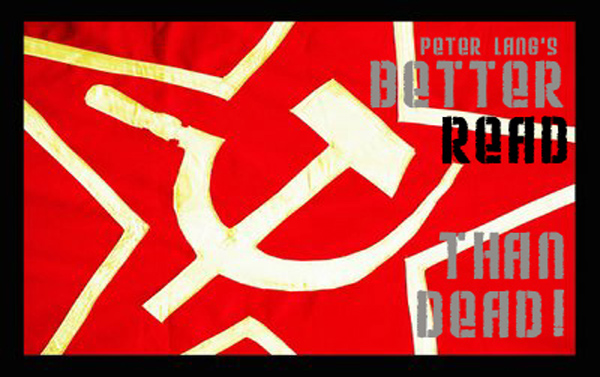 On December 2, The New York Times reported the discovery of a bacterium that altered its atomic make-up and may very well begin to answer questions ranging from evolution to life on other planets. In a brief comment written for the Unwinnable, I stated: “In evolutionary terms, this discovery is strikingly similar to the subject of the Soviet SF novel World Soul, and I tell you, it is violently exciting to witness science fiction predict science fact.” What follows is my adventure into the evolutionary time-bomb that is World Soul.

A Sea of Faces

Mikhail Emtsev and Eremei Parnov’s World Soul is an incredibly self-conscious novel. It attempts to communicate that we are fundamentally unable to communicate and perhaps things are better that way. Written in 1964, it parallels the relationship between sympathy and antipathy in both the human and institutional complexes. To mediate this simple, yet intrinsic juxtaposition, the authors present the biotosis, a self-sustaining organic substance which links telepathically the entire world. What follows is a sympathetic nightmare of a humanity dis-embodied.

“He is only a voice. A plain human voice recorded on a narrow strip of magnetic tape. That tape is his body.” So opens World Soul. Immediately the ability to speak – arguably the core of one’s identity – is separated from the body. From this mysterious vignette the reader moves on to the “Excerpts from Sergei Arefyev’s Unwritten Diary.” A prologue of sorts, this section introduces not only the novel’s protagonists, but its primary concerns. Sergei, a scientist at the Institute of Telepathy, is rendered impotent by the notion that

Man’s thought is boundless, but his feelings are enclosed and limited.

know another organism the way he senses himself. Logical unity,

physically and materially. No verbal agreement can guarantee spiritual

agreement…People are driven by an unquenchable thirst for unity…

society: I seek another!?

It is Sergei’s goal to suture the division between the individual and this said elusive Other. In doing so, he believes he can not only purify human emotion and interaction, but inject morality and truth into business and the institution-at-large. There will be no lies, no back-handed dealings, no arbitrary bureaucracy. It will be man unlimited.

It is Erik Erdman’s bitosis that overnight brings Sergei’s dream to fruition. Feeding on the psychical link that exists between all people, the biotosis unshackles the mind, telepathically connecting all of humanity. But it isn’t the beautiful, utopian connectivity that Sergei so yearned for. The mind and the body become mutually exclusive to the effect that identities switch, assailants feel the pain they inflict on their victims and images of the dead begin to appear (to name but a few symptoms). Ultimately individuality will disappear, the body operating solely as a cog in the machine that is the World Soul. 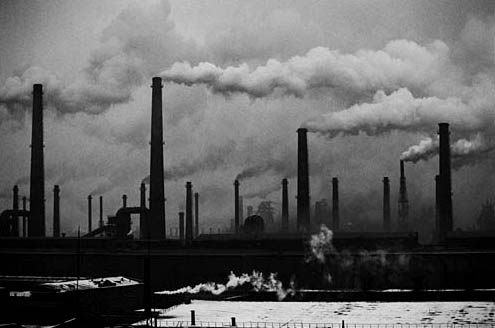 The biotosis operates against humanity in a way analogous to humanity’s evolution against nature. The mind is cultivated into the World Soul so that the biotosis may evolve in such a way so as to achieve utilitarian harmony.

Mankind has changed its environment. In kind, the biotosis does so to the landscape the mind. Sergei, in a moment of ironic sentimentality, recalls his offence to the factory, recalling: “I had long hated factories. To me they symbolized man’s violence over nature…I retained a distaste for the creations of man that made the insulted and raped earth moan and scream” (12). The biotosis, although an organic mutant, has reached its potential as a result of human meddling. The forced homogenization of humanity is a direct analogue to the effects of “the factory” on the planet. He fails to realize the manifestation of his vision appears to be leaving a similarly disastrous footprint.

Taking up the proverbial torches and pitchforks, it is declared that the biotosis must be destroyed. In an attempt to do so, Sergei is given a glimpse into the future. In it, Sergei encounters a civilization of docile, human-esque individuals existing in a perfectly uniform environment, who appear reproduce by cultivating body parts from a grotesque sea of people. What he saw was “…hundreds of thousands, millions of people, squeezed together tightly…A billion headed animal, or creature, or supercreature. I was flying over a human sea, over a society-organism that had a single body, and each one of them was merely a cell,” (173). The biotosis is recognized not as a conscious entity but a benevolent arbiter of its own evolution. Erik explains the implications of Sergei’s vision:

The information about the future is created by purely logical, and therefore

incorrect extrapolation from the present. The human sea that the biotosis

created, in which all individuality is dissolved, runs against human nature.

A future like that is abhorrent. It is senseless and impossible…People would

have to give up all vestiges of individuality. And then they would create a

unified, calm background that were most conducive for the development of 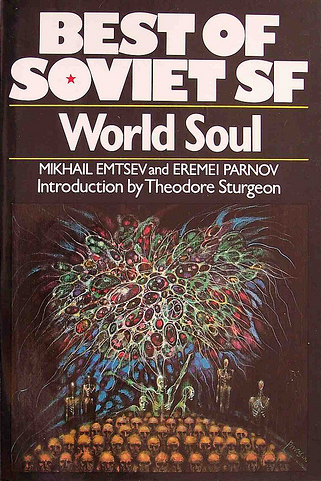 The biotosis reacts against the antipathy inherent in human nature. It is just that antipathy, though, which drives progress. In both the microcosm of individual desire and the macrocosm of sociopolitical advancement, opposition stands as a categorical imperative. The fundamental sensing of the self and the inability to fully communicate that so haunts Sergei make the world a veritable Tower of Babel and Emtsev and Parnov assert that it should be that way. They believe that “evolution and revolution are the same process” (100) – and it is.

To critique the novel through the lens of politics alone would be superficial (not to mention lazy). Echoing Marx, the narrative ends a call for unity that is difficult not to politicize, but it is a unity that begins with the individual. Identity is contingent on opposition and to understand that is to move forward, to close whatever gap exists for one in search of another. Sergei, in his final recorded statement asks “or were antagonism and conflict the inevitable companions of the highest forms of consciousness just as they were of the lowest?” (176). World Soul does much more than pit capitalism against communism – it elevates dissonance to an evolutionary necessity.

If you enjoyed this piece we encourage you link to it. As well, you can follow Peter on Twitter @peterlangcrime. He’s less wordy, oftentimes funny, and trying really hard to cope with being so “plugged-in.”