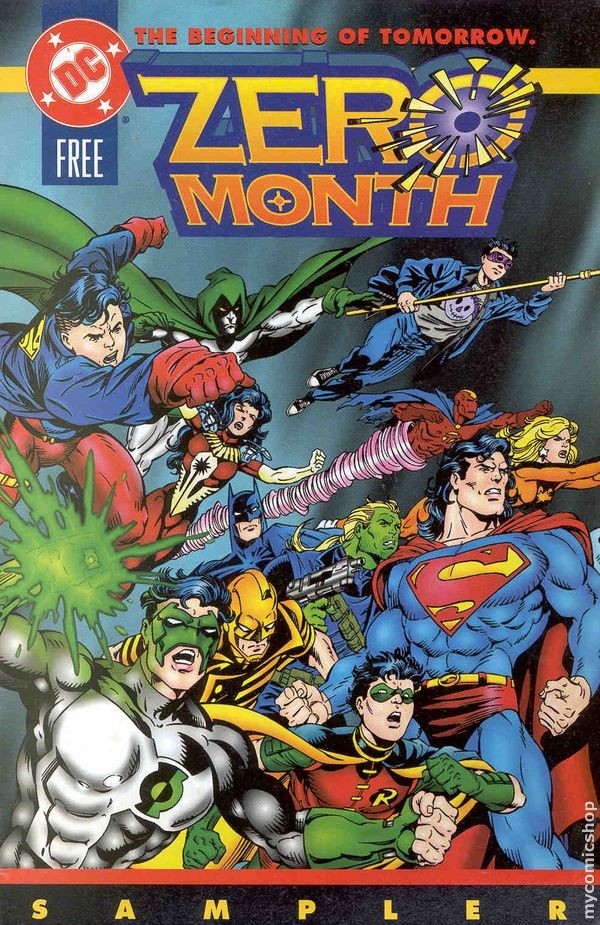 In 1994, DC Comics decided to clean up their numerous alternate futures and correct some continuity gaffes left in the wake of their monumental 1985 crossover event Crisis On Infinite Earths.

How did the powers that be propose to do this?  Oh, simple – kill off half their Golden Age Justice Society characters, annihilate the Green Lantern Corps and drive Silver Age Green Lantern Hal Jordan batshit insane. All of this happened in a miniseries called Zero Hour: Crisis In Time.  After this whirlwind of editorial mismanagement, DC rolled out… ZERO MONTH!

Zero Month was a pretty simple concept.  Since the DCU’s timeline had been subtly altered, every book published the month after Zero Hour # 0 (the final issue) was numbered with a 0.  The event gave writers and artists a chance to retell, tweak or clarify characters’ origins and reboot some classic characters for the 90s.

Let’s take this opportunity to look at some of the new status quo we saw in Zero Month:

In an attempt to simplify Hawkman’s origins (up to this point, he was a two-fisted archeologist with wings, a Thanagarian spy and a staunch Republican), DC literally fused every version of Hawkman that ever existed into one amalgamated super Hawkman who had access to all the Hawkmen’s memories and experiences.  No, that’s not confusing at… The book was canceled in 1996 and Hawkman was declared off limits by DC Editorial until 2002.  He also looked like Glenn Danzig. 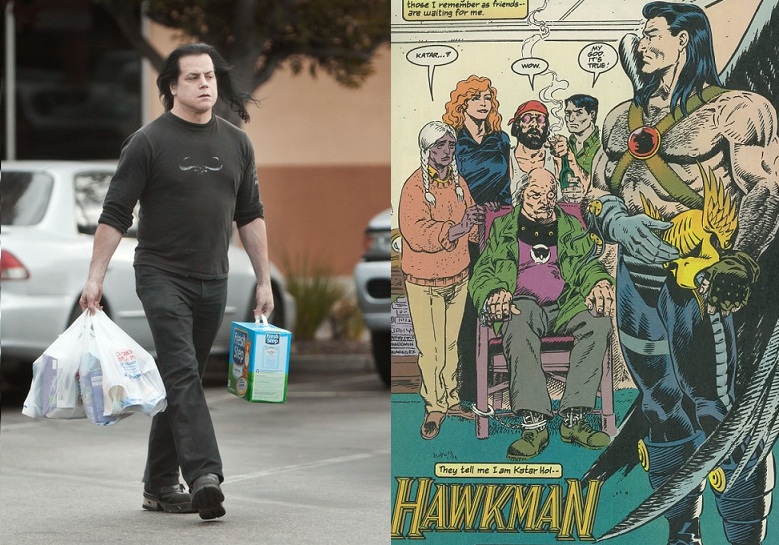 After getting hit with some kind of advanced aging chronal-blast thing, Kent and Inza Nelson (the original Doctor Fate) lose the artifacts that turn them into Doctor Fate.  So, when they return to their home time, they hire grave robber Jared Stevens to find the missing Doctor Fate Artifacts.  That’s sound logic from the former keepers of order, right?  Right. Well, some threat arises that kills Kent and Inza in the first (I’m sorry, zero) issue and the Doctor Fate Artifacts reshape themselves into weapons for this wannabe goth grave robber jackass to wield.  The book was canceled after 23 issues, resurrected for 12 issues as The Book of Fate and canceled again.  Finally, DC gave a Sandman supporting character, Hector Hall, the reins as Doctor Fate in 2001 (after killing off Jared Stevens, of course). 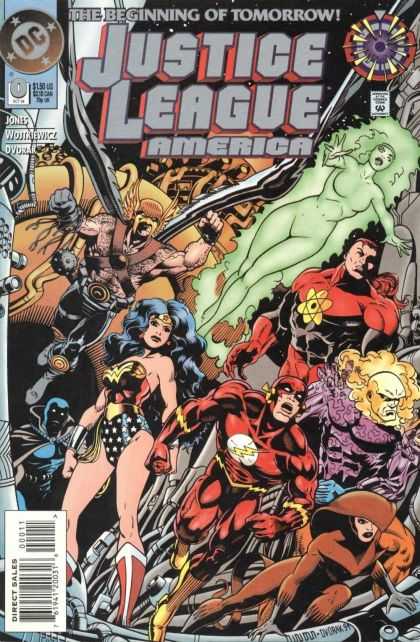 Justice League America by Gerard Jones & Chuck Wojtkiewicz danced a line between the whimsical JLI and the classic satellite era Justice League of America.  With DC super hero mainstays like Wonder Woman, The Flash, Hawkman and Metamorpho on the team along with members like Fire, Guy Gardner and Crimson Fox, the book acknowledged the JLI era while maintaining a more traditional super hero feel.  This League fought big threats like alien invasions, evil despots and dastardly super villain team-ups.  They did the name Justice League proud.  It’s a shame this run doesn’t get the recognition it deserves.  The book was rebooted in 1997 with Grant Morrison at the helm.  He brought Batman, Superman, Martian Manhunter and Green Lantern back to the League, exiling the Jones/Wojtkiewicz League to the annals of obscurity.

James Robinson and Tony Harris took the opportunity Zero Month provided and revived DC Comics legacy character, Starman.  The youngest son of the original Starman, Jack Knight owns a junk shop in Opal City.  When the son of his father’s old enemy, The Mist, murders Jack’s brother, David (who took up the Starman mantle the same night he died), Jack picked up one of his father’s old gravity rods and fought to save both his father and himself.

Starman was the only Zero Month book to survive the cancellation chopping block.  James Robinson and some of the best comic artists in the business explored the history of the DC Universe through the eyes of a junk shop dealer, an aging scientist and an immortal.  Starman was pure comics magic!

Superman still had a mullet after Zero Hour.  Seriously, DC put together an entire crossover event about time travel that was supposed to fix past mistakes and they kept Superman’s mullet?!  I’m convinced someone at DC was an actual time traveler who loved Eastbound & Down. 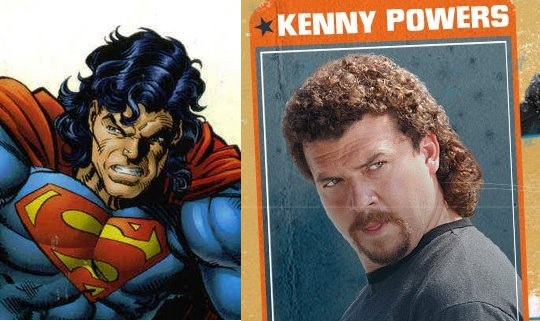 Ian vs. the 90s is an ongoing column in which I take a look back at a very dark time in comic books – the 1990s – in search of the best (and worst) that dire decade had to offer.