I have one of those late-70’s model brains that tends to think about the exact stuff I don’t want to think about so if I see something disturbing, it’s bound to pop into my head over and over and over again. But I’ve made the best of the situation!  I’ve become a bit of a connoisseur when it comes to Nightmare Fuel, particularly examples of Nightmare Fuel in popular culture. What, you may ask, is Nightmare Fuel? Seriously, are you going to ask that? Well, Nightmare Fuel is art that fuels nightmares. Some might argue that Nightmare Fuel is at it’s finest when it is unintentionally disturbing but intent can be difficult to suss out and I don’t feel that it’s all that important. The main thing is, it has to be something that one might describe as “hilariously unsettling”. Tell you what, I’ll share some of my favorite nightmare fuel with you now because I’m a really nice guy.

Back in the 80’s, before my family got cable, we had Ultra-High Frequency television (A.K.A. UHF!). Nowadays the UHF band is mostly used for digital cable transmission or some such bullshit, but once upon a time they had it all on UHF. Or at least they had The Uncle Floyd Show and the music video station U68! I was too young to appreciate it at the time, but U68 showed some pretty cool stuff. One particular video I saw on U68 definitely stuck with/scarred me for life, Lou Reed’s clip for “No Money Down” . Sadly, I could only locate the Beavis and Butthead version of the video, but you’ll get the idea:

How could you go wrong here? I mean, Lou Reed’s face is scary, articulated robot faces are scary, put them together and it’s rocket-grade Nightmare Fuel, brewed down in that uncanny valley! And THEN, as if things weren’t disturbing enough already, halfway through the video a pair of hands reach up and proceed to RIP THE FACE APART! If you watched this video with the sound off, you might imagine that the song was some hardcore insanity that’d make Metal Machine Music sound radio-friendly, but “No Money Down” is actually just bland 80’s lite-rock.

The “No Money Down” video was directed by Godley & Creme, a musical act/video directing team who were also responsible for another nightmare from the early 80’s, the clip for Herbie Hancock’s groundbreaking instrumental “Rockit.” Surely you remember this awesome horror:

Disembodied legs walking! A robotic bird chomping at you through a broken window! Broken lingerine mannequins with lightbulbs for eyes! A mannequin butt with wings! As unsettling as it is, I must admit that “Rockit” is fucking awesome. “Rockit” was so cool,  MTV was even willing to run it in the pre-Thriller days, when the station was wary that black musicians might just be a passing fad.

Sure, music videos were MY initiation to the world of nightmare fuel, but humanity had already seen many a nightmarish creation before I came along. There were creepy commercial illustrations: 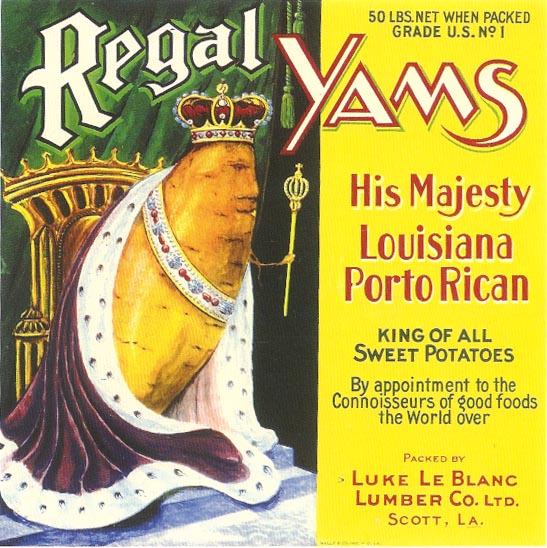 And of course many creepy victorian dolls: 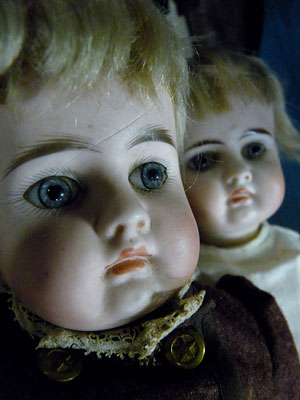 Now, I know what you’re thinking: Those dolls are pretty creepy, sure but something is missing. I’ll tell you what it is: they lack the capacity for unsettling movement! For this innovation we must turn to 18th century Swiss watchmaker Pierre Jacquet-Droz and  automatons. 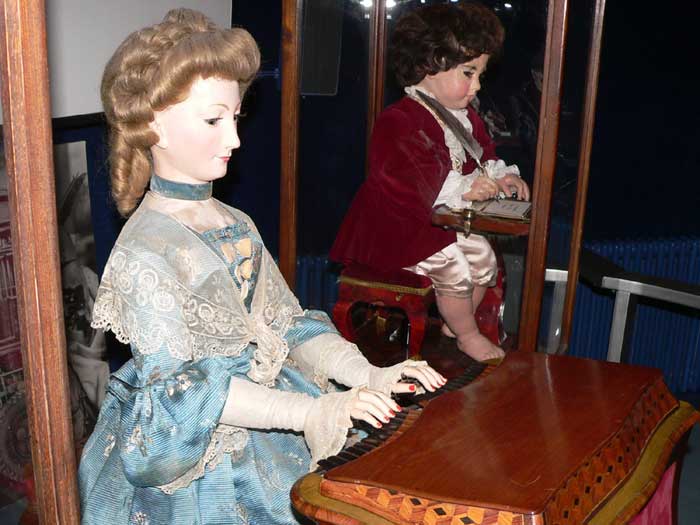 There were three: The musician, which actually played a small organ with articulated fingers, the draughtsman, which was able to render simple line-drawings with a lead pencil and the writer, which could write phrases up to 40 characters long using an actual dip quill (some say Jacquet-Droz was fond of programming him to write “Cogito ergo sum” – Take that, Descartes!)

Originally designed to help advertise his business, these automatons featured a rudimentary sort of programmable memory and have come to be regarded as seminal works in the prehistory of computing. But let’s face it, they’re a lot more significant for their innovations in the field of nightmare-fuelin’ technology!

The disturbance is in the details: besides their primary functions, these things were designed with subtle quirks that make them seem extra real or extra freaky, depending on your disposition: The musician’s chest expands and contracts steadily to simulate her breathing! The draughtsman stops drawing periodically to blow dust off the tip of his pencil! The writer dips his pen in an ink well and even shakes the quill slightly to remove excess ink! When coupled with the expressionless cherubic faces, these little touches of verisimilitude make for an unsettling spectacle. Did this sort of thing sell watches in 1774?

FANTASTIC NIGHTMARES ON THE WEB

With the rise of user-generated – and more to the point – nutjob-generated content on the Internet, the world finally had a venue for the sort of nightmarish visions that short-sighted programming executives would probably deem too horrifying for commercial television. Case in point, a video the kids call “Fantastic, Hey Hey”

As is the case with much of the Internet’s finest nightmare fuel, very little is known about this video, its creator or their motives.  So instead of a write-up, I offer you two panels: 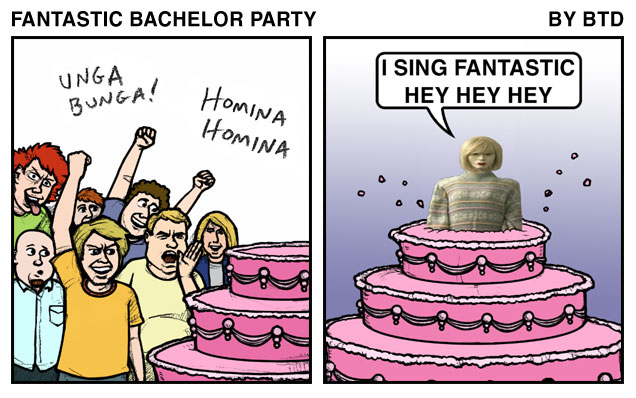 Up until the 64-bit era, video games didn’t offer much in the way of nightmare fuel. Splatterhouse attempted to disturb players with its pixelated gore but being attacked by rooms full of evil funiture is more campy than creepy. Years later though, the ugly early days of polygonal 3D boasted many horrors! Stiff, jerky figures with bitmaps of human faces on their planar heads stalked the corridors of games like Goldeneye 007 and though graphics have improved greatly since then, to this day there is still something a bit off about those dead-eyed characters that stare out at you during cut scenes. But let’s talk about Seaman!

Seaman for the Sega Dreamcast is one of the weirdest games I’ve ever played, although I suppose it’s not totally unique. You could say it’s essentially an extremely sophisticated version of a Tamagotchi pet married with some “chatterbot” artificial intelligence. In Seaman, players are tasked with looking after a mythical creature that grows and develops, at length, into a into a freakish, English-speaking being with a fish’s body and (here it comes!) a human face. 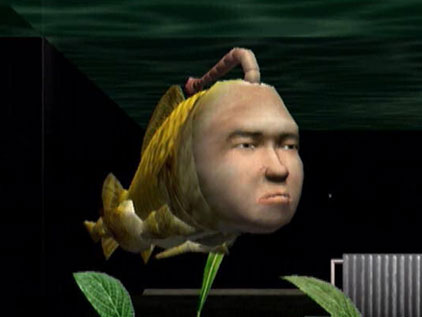 After you’ve gotten your Seaman to this point, you can actually converse with the thing via the Dreamcast’s microphone peripheral, and this works surprisingly well! As weird as it is, Seaman is pretty playable, although I HIGHLY recommend playing with a friend; you may find yourself feeling a bit ridiculous talking to an on-screen man-fish if you’re sitting at home alone! And really, do you want to be alone with that thing?

Well I hope you’ve enjoyed this (though I’m not sure that’s even possible), and if you know of some nightmare-fuelin’ pop culture I neglected to mention, feel free to bring it up in the comments section,  I’m sure everyone will really appreciate it.

I leave you now with some palate-cleansing U68 promos from 1985:

The Halloween That Should Have Been