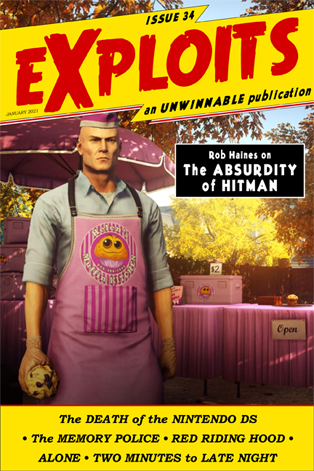 This is a reprint of the main essay from Issue #34 of Exploits, our collaborative cultural diary in magazine form. If you like what you see, buy it now for $2, or subscribe to never miss an issue (note: Exploits is always free for subscribers of Unwinnable Monthly).

The ball has dropped on 2020, but as we forge ahead with renewed vigor and a steely resolve, it can be difficult to appreciate the full extent of how this ongoing pandemic upended every aspect of our culture. The music world saw big names succumb to COVID, from the recent passing of country singer Charlie Pride, to Adam Schlesinger of Fountains of Wayne, to the legendary singer-songwriter John Prine. But for every big name that passed, for every megastar that had to cancel globe-spanning tours, there are countless others who grind out a living as touring musicians that were crippled by the closures of smaller clubs, not to mention the millions employed at those venues.

Musicians had to find new ways to stay connected to their audiences. Many livestreamed solo performances from inside their closets over social media, or on Zoom shows organized by promoters of shuttered clubs and even local libraries.  While these shows were far more intimate than watching a full band at a crowded bar, there is only so much one performer can do in front of a webcam. I’m no computer expert (all I know is that the World Wide Web is a series of tubes), but it is mystifying to me that technology can instantly apply a camera filter to your face to make you look like a chicken nugget, but is unable to adequately account for audio lag to allow people to remotely play music together, in real-time, over the interwebs. And some genres of music do not lend themselves to quiet acoustic renditions of songs performed by a single person surrounded by their sweaters.

I listened to a lot of heavy metal in 2020, as Unwinnable’s honcho Stu Horvath and I embarked on an Iron Maiden podcast. It’s the best Iron Maiden podcast (hosted by two longtime friends from Kearny, New Jersey) out there, in my humble opinion, but listening to all that metal made me appreciate that it is a genre that cannot easily thrive in the brave new world of coronavirus living. Thanks to being a long-time fan and social media follower of Brooklyn metal club St. Vitus, though, I discovered, early on in the shutdown, the greatest thing going in heavy metal in the year of our (demon)Lord 2020 – Two Minutes to Late Night’s Bedroom Cover series. 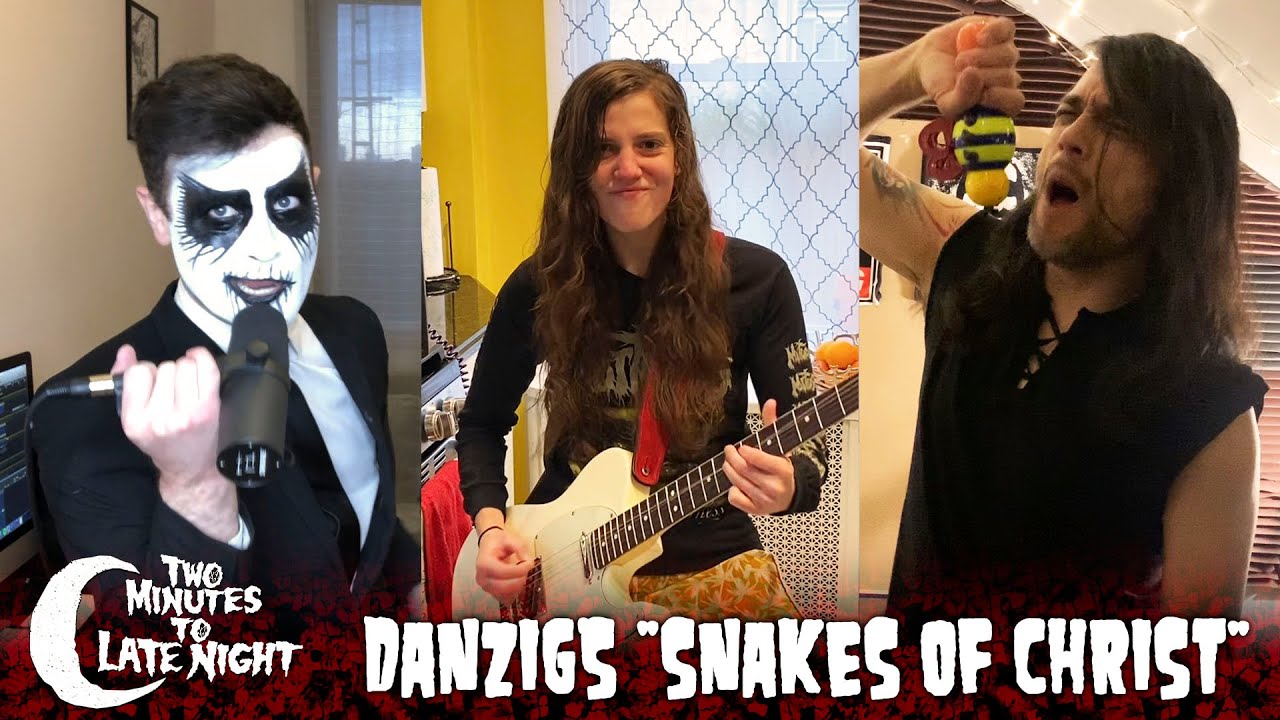 Two Minutes to Late Night (“2M2LN”) is an exuberant heavy metal themed spoof of a late-night talk show that is as DIY and devoted to the artists it showcases as the club where it started, St. Vitus. Hosted by Gwarsenio Hall and featuring Kevin the Sound Guy, a.k.a. comedians and co-creators Jordan Olds and Drew Kaufman, 2M2LN manages to thread the very narrow needle of being fun and silly and metal as fuck all at once. One kickass Bedroom Cover of “Rocket Queen” by Guns N’ Roses finds Gwarsenio being handed a cup of tea mid-song. As he sips from the mug, his pained shrieks at the too hot liquid stand in for Axl’s signature ooohs and yeows. Funny isn’t a word often associated with metal. It’s a genre known as much for being self-serious and dark as it is for the utterly illegible fonts used in the logos of its bands. Yet, 2M2LN reveals that heavy metal has plenty of funny and engaging performers who are eager to laugh at themselves and the over-the-top nature of metal’s image.

When the pandemic hit, both St. Vitus and 2M2LN wasted no time in addressing the challenge head-on. St. Vitus launched a hugely successful Kickstarter to support the bar and its employees, and on March 18th, 2M2LN posted its first Bedroom Cover of “Weird Al” Yankovic’s Devo-inspired masterpiece, “Dare to Be Stupid.” It features 2M2LN co-star Stephen Brodsky of the show’s “house band” Mutoid Man, Nadia Kontogiannis of Dead Temple as a mustachioed Elvira character, Weird Al Vira, and members of Khemmis and Thou playing along with the ludicrously talented Olds. The video displays the strange mix of joyful energy and rippin’ rock that makes the talk show so engaging. Whatever metal mystique is lost by seeing a guitarist shred your face off from a corner of their cramped NYC apartment is more than made up for by the “Metal Stars – They’re Just Like Us” quality of glimpsing into the performers’ very normal looking homes. This allows the well-produced videos to achieve a certain level of intimacy, similar to the solo shows many other, far quieter, musicians have been doing.

Since that first effort, 2M2LN has released a new cover video weekly, totaling 36 installments to date. The song choices cover a broad range of music, from Steely Dan’s “Reelin’ in the Years” to The Misfits’ “Earth A.D.” (with a particularly surprising guest performer). The latest video is a parody of Elton John’s “Step Into Christmas” featuring Gwar entitled “Stab Into Christmas.” It’s as magical as you’d expect. As a bonus, the show has good politics. They released a cover of Rage Against the Machine’s “Killing in the Name” played by all non-white performers in support of defunding the police, and the aforementioned holiday cover features the excellent lyrics, “Stab into Christmas / Let’s kill a landlord / We’ll make him sit on a machine gun bidet!” God bless us everyone, indeed. 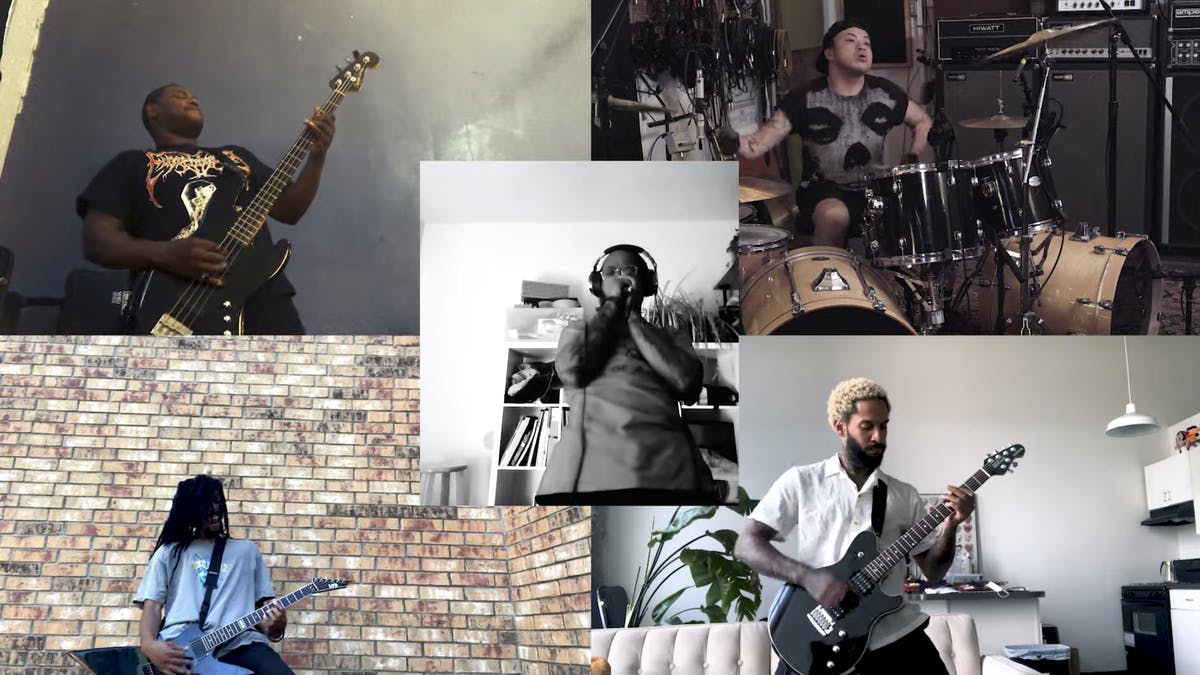 2M2LN has a patreon to raise funds to compensate the various metal musicians and singers who join Olds in performing the cover songs, as well as the behind-the-scenes editors and sound people who put it all together. Faced with an extraordinarily difficult situation, 2M2LN managed to brighten the monotony of quarantine while providing an outlet (and some cash) for stuck-at-home musicians. I believe each one of the covers is worth watching, but I’ve created this YouTube playlist of my 13 favorite (it seemed like the appropriate number to use in connection with a 2020 playlist). Next time you’re feeling glum, check them out. If you missed them in 2020, they’ll make for a great start to your 2021.

This list provides the original song and artist, with the cover band performers in parentheses as listed by 2M2LN:

Fear of the Dark, Side B