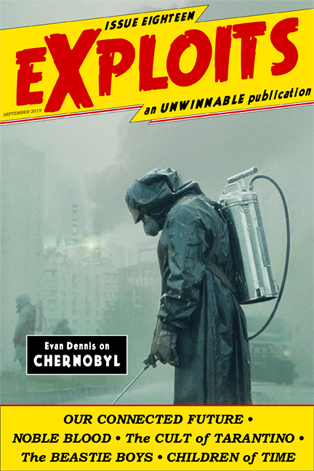 This is a reprint of a feature story from Issue #18 of Exploits, our collaborative cultural diary in magazine form. If you like what you see, buy it now for $2, or subscribe to never miss an issue (note: Exploits is always free for subscribers of Unwinnable Monthly).

A Plague Tale’s primary protagonist is Amicia, a girl with something special running in her blood. She belongs to a noble family, in a sense: Amicia carries a particular gene which produces an infection at least once every couple of generations called the Prima Macula. This gives the infected person the power of mind control over mice and rats.

The idea that nobility is tied to some kind of innate quality can be traced back to the dawn of civilization. They didn’t know about genetics at the time, but people in places like ancient Egypt often referred to this quality as running in the blood. Nobility couldn’t be acquired; people were born into it. The kings of ancient Egypt, for example, traced their lineage back to a solar deity called Ra whose power supposedly gave them the right to rule. Passed down from parent to child, this power was embodied in members of the royal family, believed to be physically in their blood.

Nowadays, we know there’s nothing inherently unusual about nobles or their blood. They don’t carry a gene that sets them apart from the rest of us. The idea that nobility is more than just a social construct remains remarkably prevalent in our society, though. Play enough games, for example, and you’ll find that this belief frequently turns up in plot devices like the Prima Macula in Amicia’s blood.

While the game doesn’t actually come out and call it a social construct, A Plague Tale is clearly critical of the concept that nobility is tied to some kind of innate quality. While most games base the nobility of their primary protagonist on a practical or productive power, the development studio behind A Plague Tale, Asobo, reveals the Prima Macula to be more of a curse than a blessing. Since the rodents can barely be kept under control, the mice and rats in A Plague Tale are presented by Asobo as a force of destruction. They pretty much tear the world to pieces. In other words, Asobo gave Amicia bad blood.