All this talk of the upcoming Unwinnable Weekly – and if you haven’t subscribed yet, what the fuck are you waiting for? – has reminded me of the one aspect of my psyche that perhaps plagues me the most: I hate change. 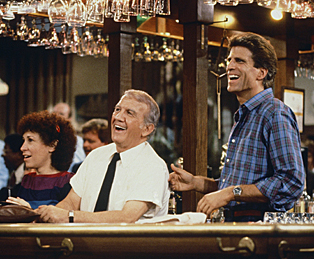 But since this is one of the last few free Rookie of the Year columns, I’m not going to explore this deeper issue through any high-minded lens. Instead, I’m going to bear my soul as it regards the hit 1980s television sitcom Cheers.

Cheers rose to prominence with a cast that originally included Nicholas Colasanto as the simple-minded but loyal Ernie “Coach” Pantusso and, more substantially, Shelley Long as Diane Chambers, the maddeningly snobbish and impossibly stubborn barmaid whose on-again, off-again romance with Cheers owner Sam Malone, played by Ted Danson, was the heart and soul of the first five seasons.

But Colasanto died during Season 3, and Long left after Season 5 – events that have occurred quite quickly in the Rookie of the Year universe, as I have been streaming the entire series in order on Netflix over the past several weeks.

I dislike change so much that when Season 6 begins – with Sam at sea and Diane gone entirely, a corporate owner having taken over the bar, and Kirstie Alley installed as the insecure, love-starved manager – I could hardly handle it.

On the same night, I watched both the Season 5 finale and the Season 6 premiere. 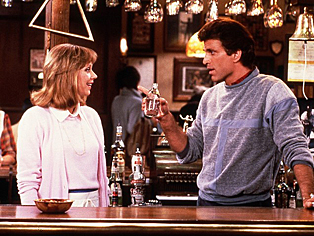 Then I shut off the TV, went to bed – and had horrible nightmares.

The lyrics to the Cheers theme song are still the same as Season 6 opens: You want to go where everybody knows your name.

Yet at the beginning of Season 6, not everybody knows everybody’s name. In a moment the live studio audience finds hilarious, but I found unsettling, Norm Peterson, still portrayed by George Wendt (thank goodness!), enters the bar.

And no one (save for Woody Harrelson, wearing a ridiculous corporate-imposed bartender’s outfit) yells the customary “Norm!” – let alone the “Norman” that would follow whenever Diane was in the bar.

Norm turns around and heads back to the door.

Woody implores him to stay.

“Woody, the new crowd’s a bunch of stiffs, they’re never gonna get it.”

I went to bed feeling just like Norm. Except, for whatever reason, a whole lot worse. 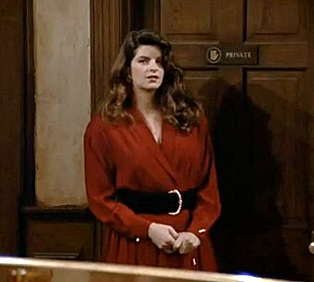 Since that fateful night, I’ve watched more and more of Season 6, and I’ve adjusted to the changes. I felt silly re-watching the Season 6 premiere to write this column; already it’s comfortable to me.

Eventually I adjust, just like we all do. (As does the bar; by Season 6, Episode 19, there’s even a joke about Cheers having reverted to pre-Alley form, save for a fern on the wall.)

But it says a lot about me that change in the fictional world of a classic sitcom could seep into my dreams. I’ve been known to watch horror films before bed, with no effect on my sleep whatsoever. And yet Sam having lost the bar and needing to beg for his job while standing in his now-hardly recognizable former office, the uniforms Woody Harrelson and Rhea Perlman are forced to wear, the strange bartender who has taken Sam’s place, Alley attempting to make viewers forget the long-departed Long … all these things troubled me in a way I still can’t fully grasp.

In other words, I want this column to be a hell of a lot more tongue-in-cheek than it is.

In elementary school, I had a teacher who would read us books aloud. And whenever she came to the end, she would cry.

At the time, I thought it was charming and a little bit comical.

I was too young to understand why she was crying. I know now.

Before this column turns to the one thing I fear more than change – death – I’ll take a glass-half-full approach and feel thankful I have five full seasons of Cheers left after this one. 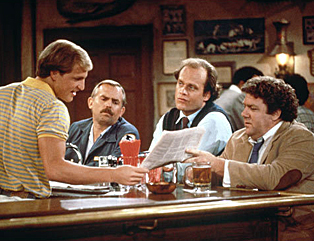 But what happens when it’s all over, and there’s nothing left?

In life, there are no spin-offs.

In Cheers, there is always Frasier.

And when that’s over?

I’ll cross that bridge – with the help of HBO Go – when I come to it.

Rookie of the Year, TV

Hellboy and the Right Hook of Doom