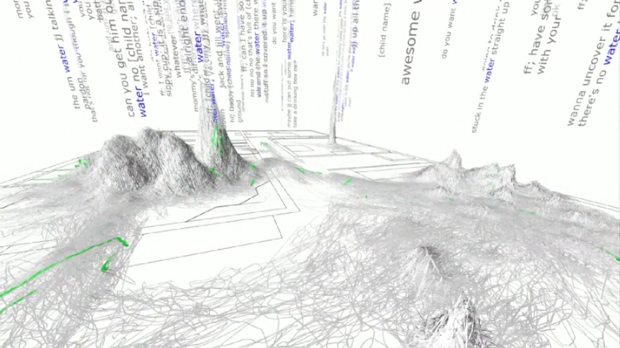 Are you a conspiracy theorist? I’m not, so to me a recent TED talk given by MIT Media Lab’s Deb Roy was a somewhat creepy but mostly touching story of a father documenting the early years of his son’s life, lending a helping hand to science in the process.

But not to a friend of mine.

She, after seeing Roy explain how his research into his child’s language development can also be applied to mass media, posted this on my Facebook page:

Yeah, I’m sure they have this in mind: let’s make sure every 1-year-old can say “Coke” before “mommy” and “daddy.”


I ripped her for being a cynic. But then I realized — hey, she’s probably right. I’ve seen enough sci-fi movies to know that even the best of intentions can be perverted by evil institutions bent on profit and/or world domination.

Roy shows, using incredibly cool 3D renderings of his house and incomprehensibly brilliant social media data graphs, how MIT is learning to associate words and interactions, pinpoint moments of realization and learning, and chart how conversations are started, how they develop, and who or what is driving them. Through hundreds of thousands of hours of video footage recorded through cameras installed in his ceilings, Roy was able to document and replay every time his son tried to use, for example, the word “water” — from “gaga” to the adult pronunciation — and analyze the situations, locations and prompting for every such request, then take it further by listening to the adults’ intonations and movements to determine precise moments of realization and recognition in his child’s development. 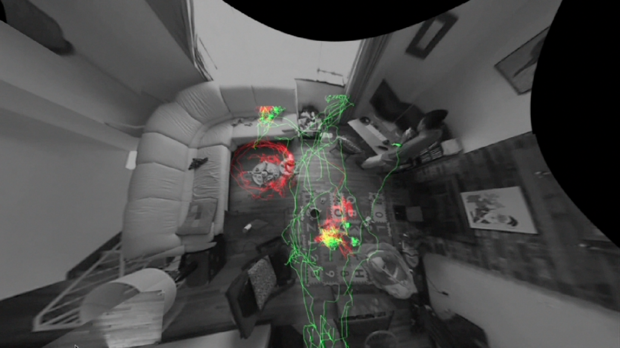 In nearly the same breath, he does the same with billions of tweets, linking Twitter updates and mass media to make similar connections.

Knowledge like this is truly awesome, but in the wrong hands it easily becomes a tool for mass manipulation. Maybe, like my friend suggests, the son of Roy’s son’s first beverage request won’t be for water — it’ll be for a two-liter bottle of Coke, on sale that week at Wal-Mart.

Then again, aren’t they pretty much asking for that already? The ties that bind us to our childhoods are practically impenetrable; it’s why I can simultaneously loathe McDonalds but happily associate their fries with my grandfather, or why some members of Team Unwinnable still collect toys. If brand loyalty is so important — from marketing to politics and beyond — why should the crib be off-limits?

Another question: Is there any use in being a conspiracy theorist when the conspiracy isn’t a conspiracy at all anymore but just good business?

What Yarny Teaches Us About Social Media