It is easy for a casual audience to identify that mainstream games – the ones that get advertised on the sides of buses, and significant trailer time at The Game Awards – are often shooters, action games, and broadly off putting to people not immersed in that aspect of gaming. As a result, there’s always been ways to talk about games that aren’t Like That: casual games, games for non-gamers, and recently: wholesome games.

These categories are naturally poorly defined. We have games that are one thing, and everything else. “Casual games” sounds like it should be describing something, but the depth of The Sims’ modding scene, the explosion of the match-3 genre and the hundreds of hours I’ve poured into Stardew Valley are all fair indicators that people don’t engage with these games casually. “Games for non-gamers” is perhaps more honest, in that it identifies that what these games have in common is not being part of “gamer culture”, but its division also validates that culture.

The label “wholesome” occupies a similar space – until the point that it doesn’t, because there is a brand in actively curating and promoting wholesome-ness. Instead of being defined by what it isn’t, wholesomeness is cozy and comforting on purpose. Title-case Wholesome Games – to distinguish the brand from the idea – posits that coziness as radical.

I want to be clear that I’m not criticizing wholesome games themselves – either the games, or the people curating them – but looking at the position they occupy within games culture. Adjacent initiatives, like publisher Fellow Traveller’s LudoNarraCon, don’t invite nearly the same level of criticism, because there isn’t the perception that Fellow Traveller are taking conceptual ownership of narrative indie games. Whether they meant to or not, Wholesome Games have staked unique ground, and so their choices invite criticism about what is and is not included. If they’re positioning themselves as counterculture, what are they saying about culture to start with? 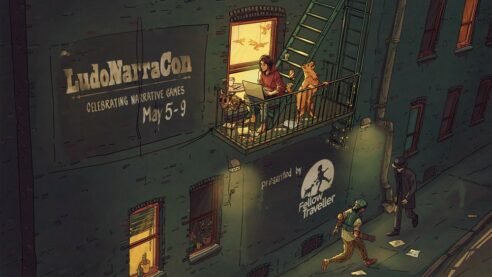 But like casual games, wholesome games aren’t an argument. In actively taking up space – rather than filling it in – Wholesome Games have to construct one. They do this a little awkwardly, framing wholesomeness as radical – while simultaneously allowing that dark, upsetting games, while not wholesome, are radical too, but also that righteous violence can be wholesome if necessary.

It’s the sort of rhetorical knot that doesn’t please anybody, because there’s a limit to how much Wholesome Games can litigate what people consider wholesome games. With the two entangled, ideas about wholesomeness flow back to the brand, not from them. While Wholesome Games are allowed to curate and promote whatever they like, the cultural assumption that wholesomeness is non-violent is going to follow them, even if they post an FAQ saying some violence is cozy sometimes.

Past the peak of wholesomeness discourse, when I see people make conversation about wholesome games, I see the same ones crop up as in every other discussion for games that are not Like That: Minecraft, Stardew Valley, Night In The Woods, Firewatch. They aren’t all definitionally wholesome, but they do occupy the same space. As these ideas cross paths with criticism of Wholesome Games’ curation, context collapse – and the ensuing cycle of discourse – seems inevitable.

NORCO Is A Connected Web Of Estrangement

In Card Shark, The Devil Finds Work For Busy Hands

The Nostalgia of “New DOOM”