When I first started this column, I originally conceived of it as a way to talk about fanfiction tropes in brief. I have personally been a member of fandom since my early teens, and there’s a lot of the world of fandom that doesn’t get covered in mass media outside of mocking Graham Norton bits where he shows a pregnant Charles Xavier for his audience to laugh at. But over the course of the years, I’ve realized that the column needs to somehow expand – to cover not only the interesting tropes and relationships, but also the creators who make this an interesting space to exist in on the Internet. To start this off, I wanted to talk to Berklie Novak-Stolz.

Berklie is a content creator who focuses on fandom. If you’re on my side of TikTok, then you’ve likely seen their content, which features them frequently standing in front of a whiteboard where they explain fanfiction terminology – a project that frequently involves explaining just how mpreg is always an option, or getting tagged every time a fitness TikTok-er gets the butt sweats, but also talking in depth about concepts like sociolects and fandom history.

I kept trying to figure out a way to adapt this interview into something more of a traditional piece, but Berklie’s answers to these questions were so good I left them largely intact and without my own personal commentary.

Unwinnable: What do you think of as your formative fandoms? The things that got you into fandom to start with and maybe the ones that kept you there?

Berklie Novak-Stolz: My “formative fandom” without a doubt was The Hunger Games. One day when I was in the eighth grade, I remember wondering to myself if anyone else made little stories using the characters in their heads like I did so I googled “stories about The Hunger Games” and that led me to fanfiction.net, that was in 2011 and I’ve never looked back. I got on Tumblr in 2012 and learned about all the other fandoms (mainly Supernatural) that people were talking about and quickly jumped on that bandwagon, too. So, fandoms like Supernatural and Avatar: The Last Airbender are the ones that really got me excited about fandom and are the ones that have kept me active the longest, but I still read fanfic for every fandom I’ve ever loved. It’s all very cyclical for me.

B.N.S.: Oh man. This is always such a difficult question for me because the tropes that I like vary from fandom to fandom. Like there are some fandoms that I’ll only read AUs or non-canon compliant fics for and others that I only wanna read canon compliant, in universe fics for, and some where I don’t mind either. Across the board though I’m a big fan of enemies-to-lovers and soulmates. I love the different ways you can explore the ETL dynamic and you have an excellent chance for that italicized oh moment that will always make me go a little feral. I like soulmates simply because I believe in them. I just really like the idea that there’s someone out there for everyone, destined to love them at their worst. That’s probably why I like both of those tropes, honestly. Having someone see you at your worst, having someone see all the “bad” things about you and still falling in love. That and I think most villains are unfairly attractive. My least favorite trope is probably miscommunication or infidelity. Miscommunication frustrates me to the point of wanting to eat my hair. With infidelity, I have been cheated on and it’s not a great feeling so I’d rather not relive it via my escapism.

Unwinnable: What got you started in making fandom related TikTok content?

B.N.S.: I truthfully don’t even know. Around April of 2021 I started posting sporadically about fandom and fanfiction for an audience of like, twenty. Then at the beginning of September someone asked me about faking my death on fanfiction.net so I made a video responding to it thinking that no one would see it and then like 300,000 people saw it and suddenly I went from having less than 30 followers to having several thousand. I started making more fandom related content because people seemed to enjoy it and towards the end of September I made a joke about explaining the Omegaverse to my mom and now I have over 171,000 followers and I’m talking to you. It’s awfully funny how things work out. 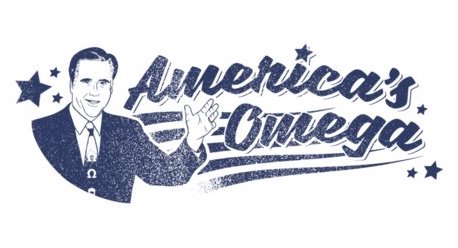 Unwinnable: It feels like I’m obliged to ask about the “I faked my death on fanfiction.net” or even the “Mitt Romney is an Omega” things that have made you famous online, but I believe you’ve covered those things in other interviews and heavily in your own videos. In general: what is it like to have gone sort of ‘fandom viral’ for so many different things?

B.N.S.: It’s bonkers. That’s the only way I can describe it. Fandom for me used to be this thing that I was shamed for, that I had to hide. When I went to college I actually “left” fandom because I was going to be around a whole new group of people who didn’t know me and thus couldn’t make fun of me for it, but I found my way back to it or fandom found its way back to me and I’m happy. I’m genuinely happy. All of those kids that ever made fun of me literally just don’t matter anymore and they never mattered because while they may think what I’m doing and talking about and enjoying is “cringe,” I’m happy and I’m making a lot of other people happy, too. Sometimes I get messages from people and they’ll tell me that I’m the reason they started reading fanfic again or the reason they got back into fandom or I’m the reason they don’t feel ashamed about fandom anymore. And I wouldn’t trade that for the world. So yeah, it’s bonkers and beautiful and wonderful.

Unwinnable: What do you think about the difference between different platforms over the years? Are there things that have been lost through transitioning from zines, to usenet groups, LiveJournal to fanfiction.net, to LiveJournal to Wattpad and onto AO3?

B.N.S.: I think it’s great how much fandom has changed, because now it’s so much more accessible. Sure, some of the “everyone knows everyone” feeling has been lost but you’ll always be able to find pockets of that in fandom. In the days of zines and Usenet groups, the only way to be able to get together and talk about fandom, to engage in with that community was via these zines or conventions or (later on) having internet access. That just wasn’t super accessible to everyone for a wide variety of reasons until widespread internet access became a thing within the past ten or fifteen years. And what that means now is that you can interact in and with fandom even if you don’t have the funds to go to a convention or if you don’t have the connections to join a mailing list. And I love that. And because it is going more “mainstream” a lot of the stigma that surrounded fandom and fanfiction for so long is starting to go away. 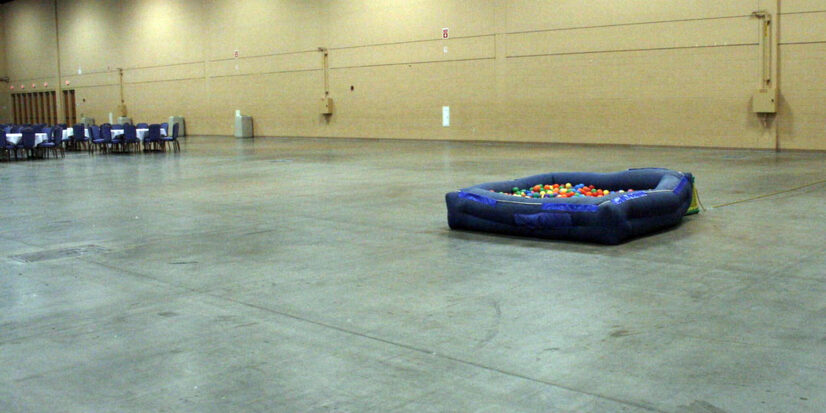 Unwinnable: You have a few videos about Tumblr and Dashcon. Is that because of intersecting interests, or do you think there’s something inherently enmeshed about fandom and the Tumblr era?

B.N.S.: I fully believe that fandom and the Tumblr era are intrinsically linked. Dashcon wouldn’t have happened without fandom Tumblr. Fandom Tumblr was and is the reason that so many people are active or were active in fandom. You cannot separate the two. Fandom Tumblr was the first place I felt like I belonged and was wanted and my opinion mattered, and I know that I’m not the only one.

Unwinnable: In a recent video you discussed the concept of a sociolect, and I was curious what you think is different in talking about fandom on TikTok vs. other platforms?

B.N.S.: So, with TikTok it’s all visual and you have a time limit. The visual thing is super important because while I may be doing nothing but speaking in a video, I cannot Add Emphasis to Certain Words like I would be able to on a Tumblr post or in a tweet. And TikTok has a lot of younger people on it who just haven’t lived a lot of the same shared Fandom Experience, like on Tumblr especially, so I find myself having to explain certain things (like the mishapocalypse). I have to be a lot more succinct on TikTok because of the time limit and it doesn’t allow a lot of room for nuance like Tumblr would. How we talk about fandom varies platform to platform because of the way that we talk about fandom on these platforms. Oh. Also, the terms “kin/kinnie/kinning.” That meant something a lot different in my day and boy howdy was that a learning curve for me.

Unwinnable: Is there an opportunity to make fanworks on TikTok?

B.N.S.: Oh absolutely. I see POV’s, but I also see fan edits and fanart and little snippets of fic. I’ll look at the comments on a particularly good fan edit and see lots of folks talking about how they want to write a story based off of that. There’s loads of inspiration on TikTok and that’s half the battle when it comes to creating.

Unwinnable: What is your opinion on fanworks being adapted for commercial release?

B.N.S.: I’m pretty neutral on it. I’m all for people getting paid and their stories reaching an audience outside of fandom, however, I am a little worried that this will lead to authors taking the Anne Rice approach (forbidding people to create fanworks using their stories and then threatening legal action when they do). I have read so many fics that could easily stand alone as traditionally published works and I know how great fandom is for giving writers the confidence to write and to publish. One of my favorite, and in my opinion, one of the most beautiful things about fanfiction, is that it is created for the sake of being created. I don’t think this aspect of fanfiction will disappear, but I am waiting with bated breath to see if there are any legal repercussions to this push for commercialization.

You can find out more from Berklie on TikTok, and I highly recommend that you do.

In Card Shark, The Devil Finds Work For Busy Hands