Our delirious high school love affair lasted only a season. It was during the winter of my senior year, as the city slept beneath its crisp blanket of ice and snow, that something warm woke up within us.

She, recently dumped by her narcissistic ex, a good friend by way of our shared love of anime and videogames. A neighbor, who lived just up the hill from me, whose apartment I could always spy from the elevated train platform by my house.

I, dazed and confused. A lovesick loser, able to leverage my senior year swagger, my anime club presidency, my cartoonishly large afro, into some form of desirability, impossible to believe as that felt.

We started off as friends. I was a shoulder to cry on, a warm body to take on walks. To talk with and relate to. To find constellations of foci, mutual references, prehistoric memes, shared interests and new facets of ourselves we could explore through each other.

A few weeks into our tentative courtship we found ourselves taking a late afternoon walk through the neighborhood park. The winter wind howled at us and jostled its way underneath our winter coats. I walked in front of her to take the brunt of it. My cheeks stung, melting the frosty particles of ice and snow as they peppered my face. In the dead winter silence we could hear our boots crunching through the frosted surface of what were, in warmer seasons, green and grassy fields. We hunched our bodies together and pushed forward into the darkening void, unsure of our direction, not wanting, really, to turn back.

We did finally wind up somewhere: her mom’s place, where we squirreled ourselves quickly away into her bedroom, and where, among piles of clothes and towers of Sailor Moon manga she had a small boxy CRT with a Super Nintendo plugged in.

“I’ve been trying to clear Star Fox,” she ventured, holding up the rectangular cartridge with a question in her eyes. I readily volunteered to help, to lend my nimble thumbs in earnest to her noble quest, to get our intrepid cartoon fox man all the way through miles of galactic gauntlet so as to take on Andross and save the universe. Maybe, if I could accomplish that, she might see me more for more than a stranger, more than the other man, more than the awkward well-meaning friend with goofy hair and ill-fitting fashion choices. If we could achieve heroic aims together in that small 16-bit world, why couldn’t we aim for the heroic, the miraculous in our own lives? 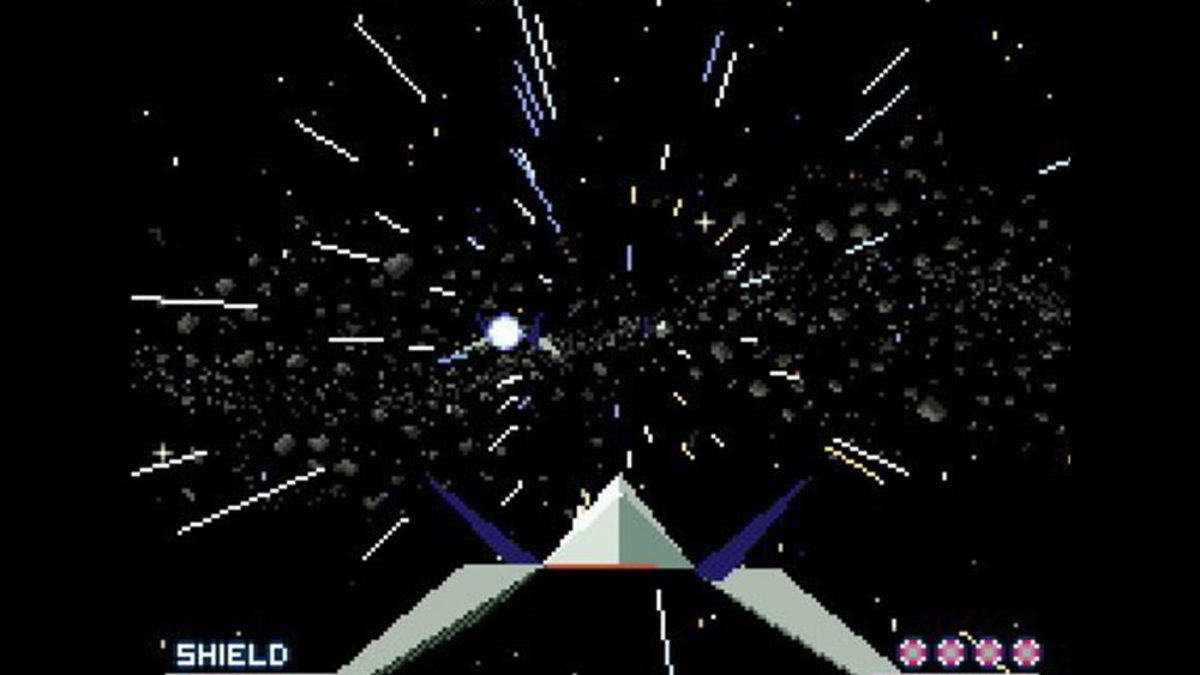 So, we slotted the game into its receiver and let Nintendo’s patented Super FX chip bring the game’s once cutting-edge 3D vectors roaring to life. We sat together and watched the epic starting cutscene as it unfolded: the stakes laid, a galaxy at risk, tiny triangles and cones making other, differently shaped, triangles and cones burst into flames. Then, the giant red letters SCRAMBLE took over the screen, placed above an image of our heroes in their pyramidal X-Wing-a-likes, shooting out their hangar and into the verdant green and blue of the game’s starting zone.

Star Fox only allows for a single player at the controls, so we took turns playing. One of us would get a few stages in before crashing and burning up in fluorescently bright, pixelated explosions. We’d swap the controller then, still warm from the previous person’s touch, its soft plastic surface welcome to the other’s cold hands. We propelled ourselves forward this way, getting much further along in the game than either of us has ever achieved individually.

As we played, we found ourselves huddling closer and closer together. It was cold out, or we felt cold; we shivered, anyway. She dug out a blanket from a nearby clothes pile and we covered ourselves with it. Our shoulders touched and I felt the imagined sparks leap between our bones and the skin beneath our clothes. I felt a hollow open up somewhere along the back of my throat.

Before too long we arrived at Star Fox’s final zone, the planet Venom. The game amped up the difficulty here, filling the screen with enemy ships and their pulsing projectiles. We briefly forgot our awkward shyness, snug beneath her warm blanket. We were focused instead on the moment’s singular goal: blasting to pieces Andross’ stupid polygonal face. It filled the screen, looming over us as we pressed our sweaty fingers into the controller buttons, sympathetically twisting it in a mirror of our tiny space craft. We were copilots, sharing one input, jaeger-synched in hot-swapped unison. We barrel rolled through a hail of laser fire, dropped our last nova bomb and shouted in triumph seeing the last sliver of health disappear off Andross’ meter and his ghastly mug shatter into a million pieces.

As the credits rolled, we returned to ourselves, and to the mutual awareness of our closeness. Outside, the wind had died down and we could only hear the crinkling silence of winter. Without a controller as intermediary, our hands touched and our fingers intertwined in the quiet of the moment. For the first time ever, I felt the texture of her palms, the heat crawling off them, the soft wrinkles of each digit. I could faintly smell the sharp tang of her favorite licorice candy on her breath. The credits continued to scroll up the CRT’s tiny screen. We sat in the quiet, and glowed.