This feature is a reprint from Unwinnable Monthly #146. If you like what you see, grab the magazine for less than ten dollars, or subscribe and get all future magazines for half price. 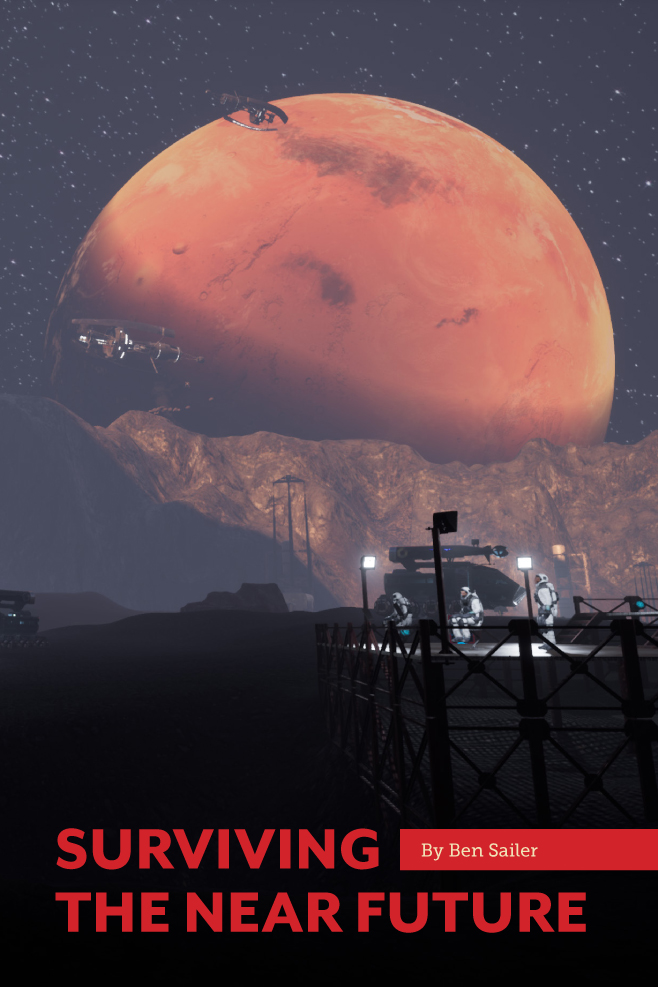 The most frightening fiction stories are ones that feel like they could come true. Near-future science fiction is also often at its best when it stretches plausibility far enough to be entertaining, while remaining believable enough to make audiences wonder, “Okay, but what if this really could happen?” Following historical trends to their logical conclusions can lead to some strange places, and sometimes, it’s the best way to find the sweet spot for narratives that resonate.

Granted, given how often today’s headlines sound like excerpts from a dystopian novel, choosing to consume more bleak material may sound counterproductive for entertainment. Yet there’s value in exploring the darker recesses of what could come to pass. When it comes to games, there can be something especially empowering about feeling as though you can shape and survive whatever is around the next corner.

This brings us to Phobos Subhuman. The forthcoming debut title from Athens-based indie developer Underdog Virtual, it’s a third-person action-adventure title that places players in a post-apocalyptic Athens, Greece, complete with the commensurate shades of grey and washed-out earth tones one would associate with cataclysmic urban decay. 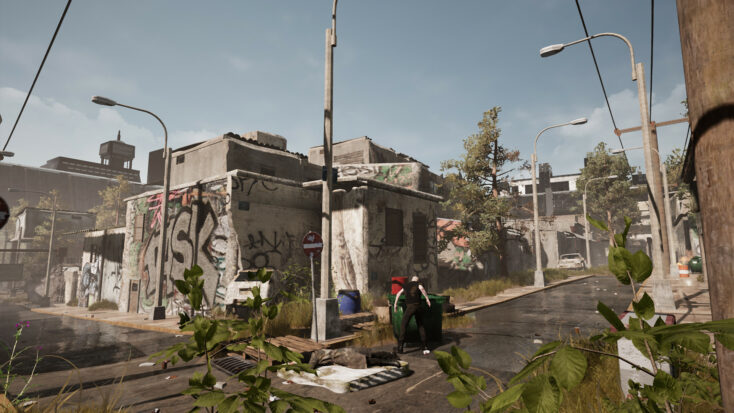 At first, it might look and sound like standard videogame fare, using the grisly aftermath of global conflict as an excuse to let players run around and shoot things. Nothing new to see here, one might think.

Scratch a bit deeper beneath the surface though, and there’s a story here that is striving to be more prescient than such a dismissive description might imply. And if it makes you think a bit differently about some things you see around you every day, well, that isn’t by mistake. It wants to tell a resonant tale, rooted in critique of social and political structures, just as much as it wants to offer duck-and-cover gunplay and melee combat.

Picture something somewhere between a stealth shooter and a stack of books on ancient civilizations, and you just might start to understand what Underdog Virtual is striving to achieve.

“Phobos Subhuman is an adventure game with strong elements of combat as well as mystery and horror.” Underdog Virtual founder and co-owner Vassilis Koutsoukos says. “The conditions the game describes are based on our modern social structures. That way it delivers some strong sociopolitical points and questions.”

After spending 17 years working in the CG animation industry, Koutsoukos decided to branch out and pursue game development. It’s an area of the broader computer graphics and software development industry he found interesting, and one where modern development tools like Unreal Engine are making it more possible than ever for CG professionals to cross over into game design. 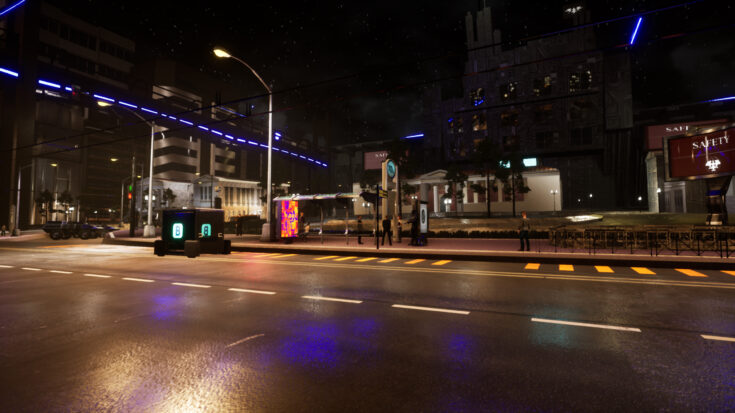 Phobos Subhuman is the first installment in a planned two-part series that connects modern-day sociopolitical themes with a blend of historical fact and fiction. The background behind the story begins after financial warfare between eastern and western alliances (storytelling stand-ins for China and the United States) escalates into armed conflict, triggering a third world war and a desperate struggle to secure global resources. Devasted by nuclear and chemical weapons at the end of the war, civilization rebuilds with walled city-states that separate privileged insiders from impoverished outsiders.

It’s against this backdrop that Emmanuel, a university professor and astronomer, disappears along with the rest of his party en route to Mars on the first manned mission to the planet. 20 years later his daughter Danae, who was born and raised within the barricaded confines of Athens, embarks on a journey to discover what actually happened to him.

In the process, Danae stumbles into a potentially world-ending conspiracy. While Koutsoukos is careful not to give away too much about the plot, he shares that it’s inspired in part by the real-world disappearance of the Soviet Union’s Phobos 1 and Phobos 2 unmanned mars probes, which suffered malfunctions and were lost after launch in 1988. Other sources of inspiration include Greek history and ancient Sumerian astronomy, which he says was incredibly advanced for its time. 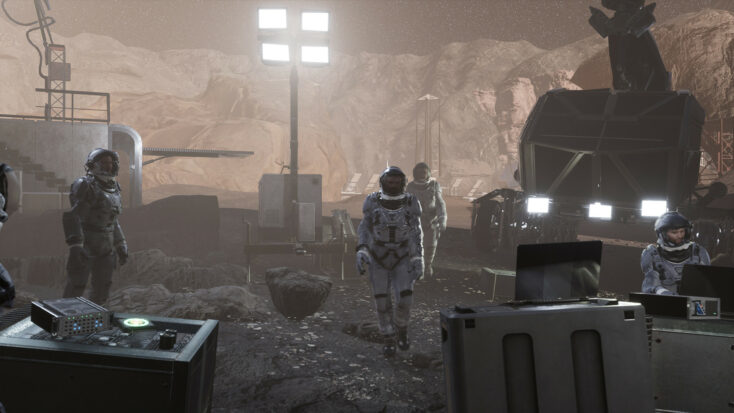 This is a world where citizens are constantly connected to an all-powerful AI network (known as G.O.D.) that exists as an extension of modern social media networks. Climate change continues unabated and exacerbated by nuclear and chemical weapons. The pervasive presence of drones has both civil and militaristic implications for people living in this version of Athens.

“All these were inspired by contemporary conditions and their projection to a future,” Koutsoukos says.

So far, this sounds like a standard setup for a tale about bringing down an ancient cabal that’s secretly orchestrating global affairs. But what’s promising about Phobos Subhuman are all the personal narrative threads it intends to weave within this framework, painting the broader picture of struggling to survive in a war-torn future, and then zooming in all the way down to tell a story that connects a father and daughter amidst a chaotic and divided world.

It is, in many ways, a story that pushes current headlines to their most dramatic possible end points while remaining relatable on a personal level. At its heart (and underneath its visceral violence), Phobos Subhuman is about empathy, placing players in the shoes of a protagonist who lacks overpowering strength or skills, dropped into a harsh and demanding world, trying to reestablish contact with a long lost loved one.

This is an intentional design decision that makes it easier for the player to connect with Danae’s plight. By breaking from typical shooter tropes of controlling grizzled tough guys, it also means that players can’t rely on using brute force to make progress. The idea is to create the feeling of being someone who is just trying to get by under extraordinary circumstances, something most everyone can understand perhaps now more than ever.

“We are playing with a character that is an everyday person, starts with no special abilities and is trying to survive in very difficult conditions,” Koutsoukos says. “Her goal is to find her father and her origins, her true identity. These two elements (no special powers or abilities to begin with and the quest for self-awareness) are everyday struggles for many people.”

If that sounds heavy, it’s worth noting that Koutsoukos hopes, more than anything, that people will have fun exploring the game’s mysteries. The way he explains it, Phobos Subhuman is, after all, a videogame. To that end, it promises to deliver a gripping third-person action-adventure gameplay, with aesthetic elements inspired by the likes of The Last of Us and a plot that borrows ideas from Half-Life. Prestigious influences, to be sure, yet fitting for the game’s blend of science fiction and post-apocalyptic survivalism.

Turning this vision into an actual playable title hasn’t been easy. Without outside investors or financing, finding the cashflow to keep the lights on has been a challenge at times throughout the development process. So has finding the right team members to work on the project, as well as figuring out who might be the ideal audience for a high-minded shooter that wants players to thoughtfully consider what they’re playing. 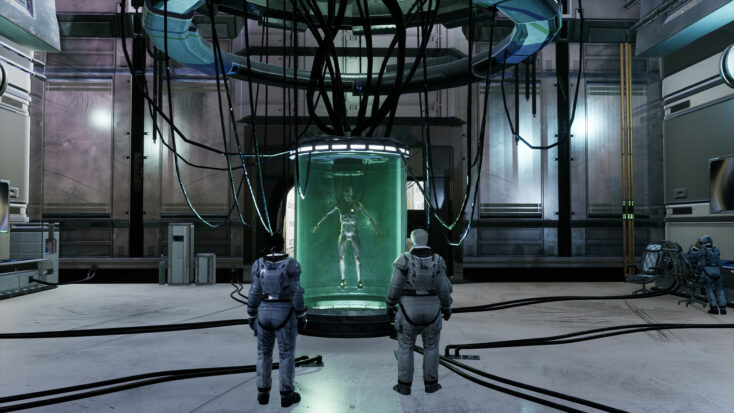 If there’s a unifying thread that connects these challenges, it’s that they’re all common not only for upstart creative projects, but for building new businesses in general. As a relatively young studio working on its debut title, Koutsoukos and the Underdog Virtual team have tasked themselves with figuring out both sides of the equation at once, from the business and creative standpoints of turning an idea into a tangible product.

That kind of scrappiness and against-the-odds narrative may make the story around Phobos Subhuman as interesting as the story within the game itself. Here’s a young studio in a country with a tight-knit developer community (when Koutsoukos says he’s doing marketing for The Shore, a Lovecraftian horror title that’s also due out next year, it’s easy to draw comparisons to a small-town music scene where bands share members) producing a technically and thematically ambitious title against all odds.

Players will get to decide whether Underdog Virtual has hit the mark when Phobos Subhuman comes out next year. In the meantime, the game’s recently released demo (available now on Steam and itch.io) shares a small slice of what the final product will deliver. It opens with a mysterious stranger helping Danae flee from a state facility, setting up an escape from the walls of Athens and into the oppressive outer world (which is awash in earth tones and a persistent green haze).

Soon thereafter, Danae obtains a firearm from a downtrodden stranger and is forced to quickly figure out how to take cover and put it to use. While the experience isn’t entirely polished yet, there’s enough here to get to grips with the game’s mechanics. If players have feedback or ideas that may help shape the game’s development, the team at Underdog Virtual is all ears. In fact, player input has factored somewhat significantly in the game’s progress so far, and there’s no better time than now to contribute.

“We are still learning from and growing our game with them and according to some of their comments and input,” Koutsoukos says.

For more about Phobos Subhuman, visit the official site.