Remasters and rereleases are usually reserved for megahits and cult classics that publishers know will turn a profit. Rather than reinvent the wheel, why not repolish and repackage a known quantity and rack up predictable profits? There’s no secret to how this formula works, and if publishers know we’ll buy a third copy of Skyrim or a modernized Demon’s Souls, there’s no reason not to give it to us. Our nostalgia is strong, our willpower is weak and they know we’ll open our hearts and wallets to replay our favorites on whatever console is currently connected to the living room TV.

There’s nothing wrong with this. Thanks to Mass Effect: Legendary Edition, I can catch up with one of the greatest RPG franchises in history. Resident Evil 2 was my favorite game of the 32-bit era and its 2019 remake is one of my favorites of the past console generation too. The fact that I have Castlevania: Symphony of the Night, Chrono Trigger and Gunstar Heroes on my phone would have been unthinkable 20 years ago, but today is an incredible technological advancement that I mostly take for granted.

These examples are widely considered to be classics. So are most other titles that get polished and ported to new platforms years or even decades after their initial release. My library is proof that known quantities are sometimes more appealing than throwing down cash on something new. I’m a creature of habit and I’ll buy DOOM on as many devices as possible – even if I don’t play it again – because there’s comfort in the familiar.

That partially explains why I decided to drop $6.99 on Steam for the obscure vehicular first-person shooter Tunnel B1, which originally appeared on PlayStation, Saturn and MSDOS in 1996. I say partially because it meets almost none of the criteria for a commercial rerelease that one would expect. It was critically panned when it came out and, despite being included on the pack-in demo disc that came with my original PlayStation in early 1997, I could never find a copy in stores at the time.

It is, by all accounts, a game nearly everyone has forgotten. Yet it’s exactly the type of game I want to see brought back more often. 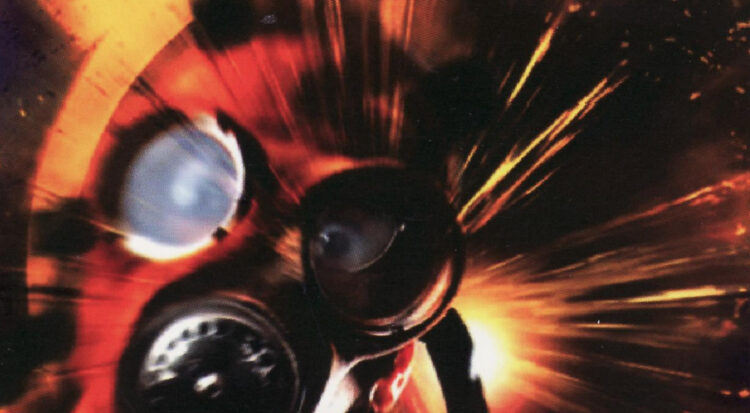 The premise behind Tunnel B1 is simple. According to the instruction manual (which I downloaded as a PDF from an archival website because it didn’t come with my purchase), an unnamed dictator with a powerful weapon threatens to destroy the planet. The (also unnamed) protagonist, who belongs to one of two (yet again unnamed) sides in a nondescript global conflict, decides to fight back. It’s classic mid-90s nihilism at its most thoughtless and there’s no way it took more than 30 minutes to write the plot.

Not exactly award-winning prose, then, but it’s also a perfect excuse to drive fast and blow shit up. Strapped into the cockpit of a weaponized hovercraft with this singular goal in mind, the player is tasked with touring tunnelways in order to eradicate enemy forces. Why are they there? Who the hell knows! This game’s title in Japan was literally 3D Mission Shooting Finalist. I’m not certain if this is the actual most generic videogame name in history, or if something was lost in translation, but I’m betting on the former.

By all accounts, this is a game that no one cared about, up to and including the people who made it. Its user score on GameFAQs is a mere three out of five stars, while the three people who have reviewed the game on HowLongToBeat.com gave it an average of 43% (with only one person reporting having finished it). Its placement on a pack-in demo disc despite an apparent lack of actual marketing budget suggests it might have been seen as a tech demo; it looked phenomenal for its time but didn’t seem to get enough investment to polish its ideas into something worth selling at full price.

The market made that much clear, because while I remember being fascinated with that demo, not only did I never find a copy, but the lack of a digital paper trail suggests not many other people even looked for it. I always wanted to know what happened after the brief timed demo concluded though and the cost of one and a half coffees seemed worthwhile to indulge that curiosity. And what I found was fascinating.

Tunnel B1 feels like a perfect cross-section of where 3D games were at in late 1996. This was when Mario 64 and Tomb Raider led an industry shift away from sprites and 2D design, and anything with a first-person perspective and polygons looked positively futuristic. It’s easy to forget this now, but at the time, games press often claimed that side-scrollers were an endangered species. Games like this were the way forward.

Those takes didn’t age well, and overall, neither did Tunnel B1. Yet it’s still interesting as a historical document of an era where everything had to be 3D for the sake of 3D, and there are some things it did get right. Its controls feel remarkably tight, balancing speed with vehicular gunplay in a way that feels like Wolfenstein on wheels; while the game never builds anything of substance around this core conceit, the basic execution is solid and the idea could work well with modern development resources.

Right now, we’re in the middle of an indie first-person shooter renaissance. These games typically take tropes associated with the genre and occasionally add some sort of twist, like the forthcoming Skin Deep’s sneeze mechanic, the pastel palette of Lovely Planet Arcade. Taken as a new experience (and for most people, it may as well be a new game), Tunnel B1 almost feels like it could fit in with anything else categorized under the “retro FPS” tag on Steam. Pitch it as “Twisted Metal meets Quake” and it just might work.

The appeal for remakes, remasters and remasters of remakes for timeless titles is clear for both players and publishers. Yet it’s worth wondering whether there’s also a case to be made for bringing back forgotten games with interesting ideas that lacked the budget to get right the first time around. The ideas are already there. Now all they need is a second chance.