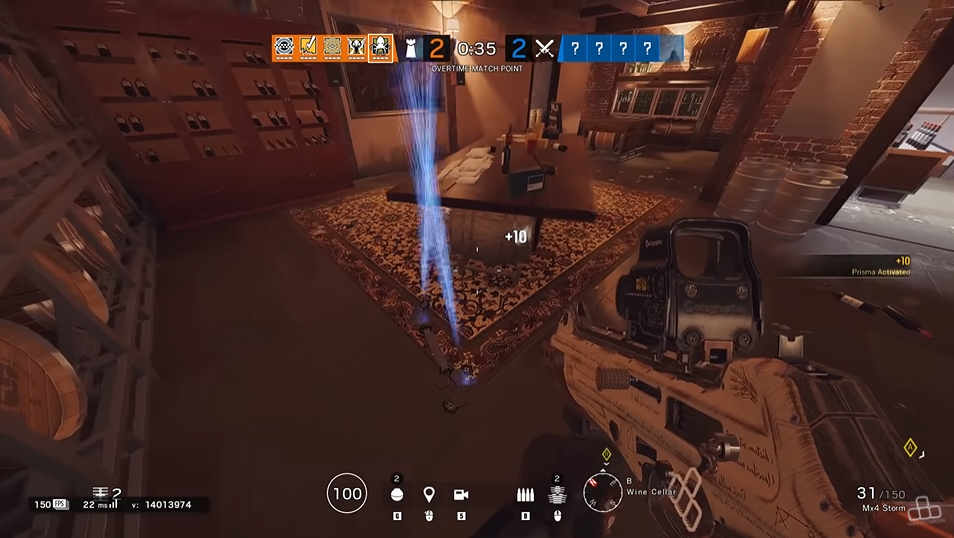 There would not be any serious gamer who has not heard of the game Tom Clancy’s Rainbow Six Siege, and those who are familiar with this game would not find it astonishing that it is still one of the most popular games in 2021, six years after its release. Newcomers would find this statement difficult to grasp, as a game retaining its popularity for so long and too long in a genre that is stacked with many popular franchises is virtually unheard of. But that is exactly what Tom Clancy’s Rainbow Six Siege has been able to do.

But while the popularity of Rainbow Six Siege is not in question, a common assumption made by many non-players of the game is that it is an easy game for one to get the hang of, when in fact, it is anything but. Rainbow Six Siege is without a doubt one of the most challenging first-person shooter battle royale games, with a tricky learning curve that not many beginners can cope up with. But it also does not mean the once you have mastered the basics, the game would be easier for you. Even veteran players of the game continue to struggle with the game, and while you can use undetected Rainbow Six Siege hacks to improve your gameplay, there is a special satisfaction of mastering the game on your own skills.

Here are six Rainbow Six Siege tips that will have you operating like a pro in no time.

Rainbow Six Siege is not one of those games where a gung-ho approach is not going to work in a person’s favor. No matter how experienced the player is in first-person shooter games, it would not help them much if they are not careful in their strategy, especially when attacking an enclosed space. The key to success in Rainbow Six Siege is reconnaissance. Use your drone responsibly and in sync with your teammates’ drones to cover as much area as possible.

2. Create a perimeter when defending

One of the common mistakes made by beginners as well as some veteran players of Rainbow Six Siege is that when defending, they all lock themselves in the same room to counterattack the attacking player with impunity when attacked. And while this technique looks great on the trailer and also on paper, it is not a smart thing to do. The best way to defend is to create a defensive perimeter that the attacking squad would find difficult to penetrate.

3. Choose the right operator for you.

It is essential that you choose the right operator to enjoy your gameplay with. The operator would play a key role in determining the success of the playthrough, and that is why you must give considerable thought when selecting the operator for your gameplay. Every operator has their own unique abilities and characteristics which could impact the round in a second, and for a successful game, you must give them their due consideration.

4. Be aware of just about everything.

Sound can considerably support the gamer in the game as one can use quality headsets to hear the approaching enemy and develop a counter attacking strategy in advance.

While one is not required to rush during their Rainbow Six Siege gameplay as the map is condensed enough, one should still keep a deliberate pace as every round in the Rainbow Six Siege is a time-limited game. The gamers only have a certain amount of time to complete their objective. Therefore, both in the attacking and the defending round, it is crucial that you keep the clock in mind while developing your strategy for the round and generally keep an eye on the clock, especially when defending.

6. Think outside the box

Rainbow Six Siege is all about the ability to adapt to a difficult scenario, but you can and should create a strategy to combat the scenario that is in front of you. But no matter how good your planning may be, it would not likely help you much if you are not able to adapt according to the situation when required. As the saying goes, ‘No plan survives the first contact of the enemy,’ which could not ring truer than in the case of Rainbow Six Siege?

Just by following the tips mentioned above, you are not only guaranteed to score well in your gameplay but would also see your win to loss ratio skyrocket.

Swaying from Seed to Stalk with The Body and BIG|BRAVE

The Sleeper Has Awakened: Watching the David Lynch Dune for the First Time in this, the Second Year of the Plague