Something is killing the children of Archer’s Peak. Early on, this is shown to us extraordinarily and ominously well when our lead, Erica Slaughter (“Slaughter’s a real name”), stands in front of the public notice board outside the local high school. It is covered, top to bottom, with flyers for missing children. We learn later on that most missing children either stay missing or are found as bloodied corpses somewhere in the woods.

Something is Killing the Children is basically if Stranger Things and Buffy the Vampire Slayer had a very serious baby. Unlike the two popular shows, there is not much humor in Children, the little that’s present is usually black or macabre. Our lead Erica is not a lovable Dungeons & Dragons playing Goonies-style pre-teen, nor a constantly quipping, school-kid by day superhero-by-night heroine. Erica, at least for most of this first volume, is mysterious and direct. She is here to fix the missing children problem. Don’t ask her any questions and get the hell out of her way. Naturally, this standoff-ish, hostile demeanor, combined with the machete in her backpack, garner plenty of unwanted attention from the locals and the police.

Initially planned as a five-issue limited series, Children apparently received such strong early support and sales that the series was changed into an ongoing series. Starting this first volume, I was worried that the story would be sparser or dragged out because of this change. But Children writer James Tynion IV (Batman, The Woods) is no stranger to mystery nor long running series, and lays down a strong foundation with plenty of hooks for the rest of the story.

Like its genre contemporaries, Children is the story about children, monsters, trauma, belief and the supernatural. The book opens with a child telling a classic “I saw something monstrous in the woods” story, his friends not believing him. When it turns out his story may be the truth and there may really be a monster in the woods, even the storyteller doesn’t want to believe it. That, combined with suspicious adults, feeling unsafe wherever you go and the very real trauma of children dying gruesome and horrible deaths means Children focuses a lot more on thematic drama than making fun jokes or homages. 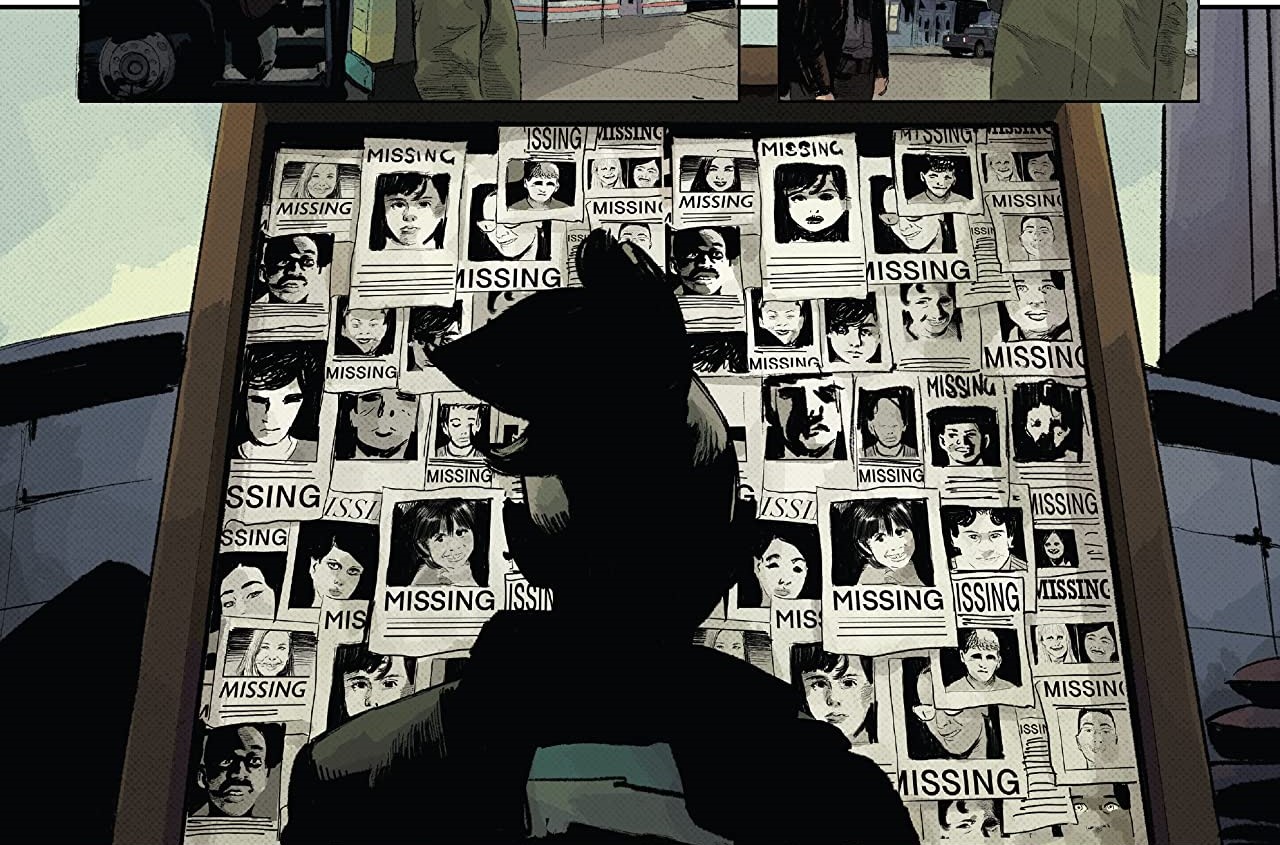 The excellent, grounded writing by Tynion IV is combined with stellar art by Werther Dell’Edera (Nancy Drew, Briggs Land) and coloring by Miquel Muerto (Bleed Them Dry, Low Road West). This is not a big-splash-page type of comic. Instead, Dell’Edera focuses on small and moody storyboarding and paneling. Standouts include the double-page spreads containing more than a dozen tiny panels that read horizontally across both pages, showcasing intimate conversations, moments and mannerisms with extraordinary detail. The conversation between a mother and her adult son discussing the mother’s missing daughter really stood out, the whole team working together to display minute shifts in expression, tone, and emotion remarkably well.

While I did think the character designs and colors were a bit drab at first, the more I read, the more I noticed how easy the characters in Children were to read. Usually with more realistic art styles, I find character expression easier to lose. But Dell’Edera’s expressive faces, postures, and movements, combined with excellent paneling and dialogue, make Children a real page turner from start to finish. The splashes of neon green, red and purple later on create some eye-catching illustration and help distinguish the normal from the very much supernatural.

Children is a strong start from creators Tynion and Dell’Edera and an easy recommendation from me. If the series continues with this high quality, I won’t be surprised if Children becomes the next big thing on comic book shelves and Netflix queues.

Harry Rabinowitz is a writer and editor focused on technology and entertainment. You can find him on Twitter @harryrabinowitz.

James Tynion IV, Something is Killing the Children

Model_Interference the Aisha from Neopets