The classic NES baseball simulator Bases Loaded was hands down my favorite childhood videogame. While it doesn’t have the legacy of RBI Baseball or Baseball Stars 2, its time-tested mechanics still hold up after three decades, and I’d argue it belongs on every list of classic sports titles. So, when I discovered that the entire Bases Loaded series is now available on a handheld Pocket Player, I was blown away. Here’s a cult classic franchise from my youth, one that few people seem to remember, now on a keychain. It seems like something that shouldn’t exist, and yet, it does.

If an eight-year-old version of myself could see this thing today, it would be the one thing from the future that’d blow my mind the most. PS5? Fuck the PS5 because this blocky-ass baseball bullshit fitting in the palms of my hands and looking just like it does on TV would take literally all my brain power to process.

However, there would be one detail that would fundamentally break everything about how I used to play the game. Something that’s impossible to do on a handheld device without detachable controllers. Something that is deeply weird (probably).

I wouldn’t be able to play two-player mode by myself.

Now, I know what you’re thinking: “why the hell would you play two-player by yourself?” And if you haven’t stopped reading because that sounds like the saddest idea you’ve ever read, I have an explanation.

As a child, I wasn’t exactly good at videogames and the CPUs on sports games were usually too difficult for my limited skills. I’d get around this by either A) playing against my dad, who would let me win or B) selecting two-player mode and switching between both controllers myself. In Bases Loaded, this would mean pitching with one controller, then quickly picking up the other controller to bat. In retrospect, this ironically sounds even more difficult than playing against the computer, but I made it work. 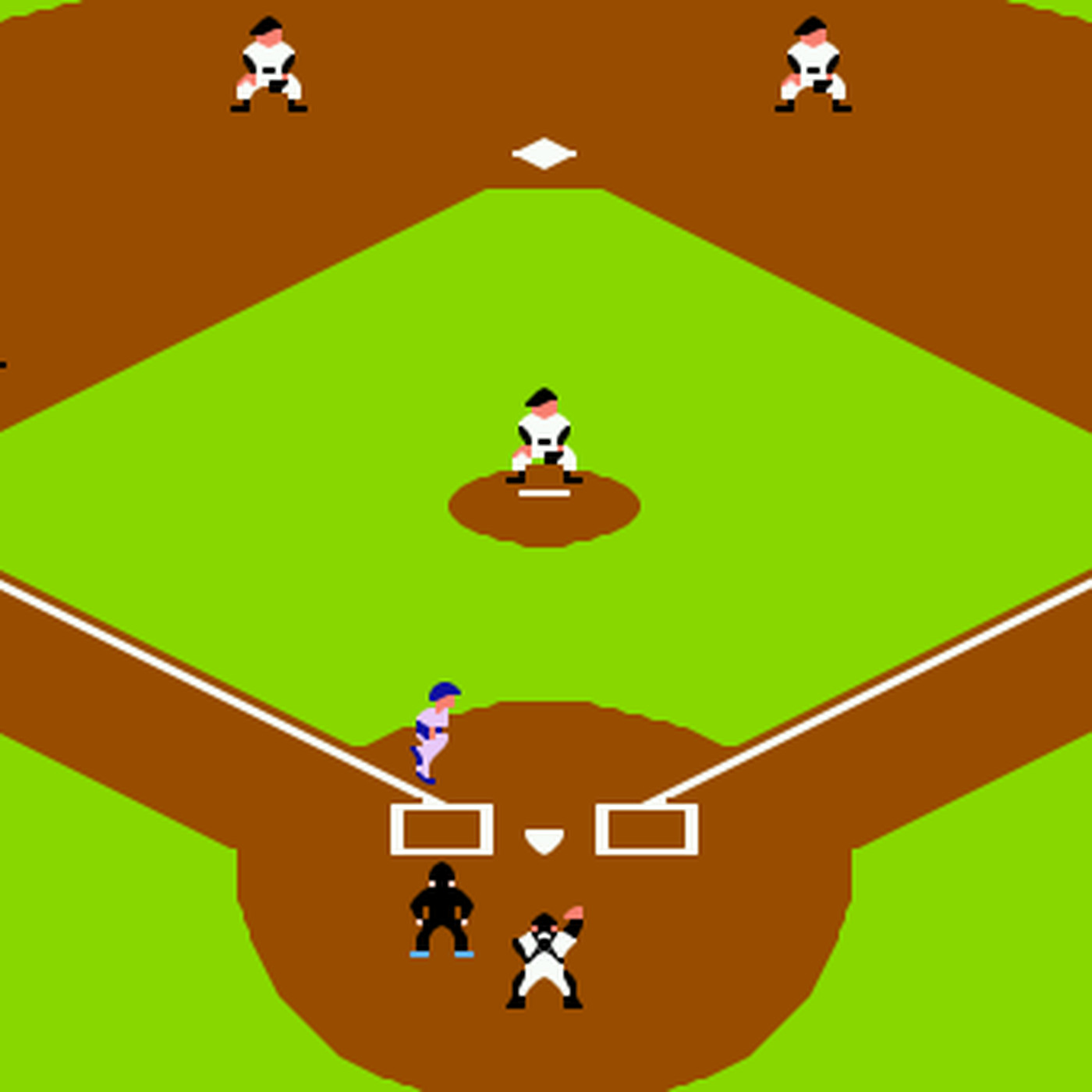 I’m not exactly sure where I picked up this method because I’m confident no one else in the entire world regularly played this way. But it’s how I played pretty much every sports game in the 8-bit era, and I was happy playing those games on my own like that. Like I said, this was my favorite game from that time, in a close tie with Tecmo Super Bowl (in which I’d just control the offense on both sides of the ball). Notably, my parents watched me do this and it didn’t register as strange to them. Probably because it seemed normal relative to everything else I did as a kid, and at least I was keeping myself occupied.

Beyond making these games playable without getting steamrolled by the computer, playing this way also let me control the story on the field. Since late 1980s and early 1990s sports games typically had very rudimentary season modes, I’d instead create my own tournament brackets on notebook paper, playing out each matchup myself. I could make the scrappy underdog pull out an upset, smash multiple in-the-park homeruns, or run up impossible scores. Old-school baseball nerds pissed about batflips and preserving the integrity of the game would hate everything about what I was doing.

There would be full color commentary in my imagination too, which frankly was probably about as intelligent as an average baseball broadcast (which means mostly off topic and devoid of actual insight). I wanted to be able to create the entire experience of watching the game on TV, but I also wanted to tell the entire story of what was happening in the game. In my head, the fictional baseball stars of the unlicensed Bases Loaded had lore that ran deep, clawing their way up from the minor leagues for a shot at bringing home the pennant (which couldn’t be called the World Series because publisher Jaleco evidently did not have the express written permission of Major League Baseball).

Eventually I grew out of playing two-player sports games on my lonesome, and as new consoles came out, the NES was packed away. Something that has never changed though is that I’m still bad at sports games and I still don’t have the dedication to get good at them. It’s tough to create a good simulation that also works as a good videogame, and I usually bounce off anything other than Madden because I don’t understand the intricacies of sports (other than football) well enough to play them the right way. I’m sure MLB: The Show is fantastic, but it’ll never beat Bases Loaded to me. 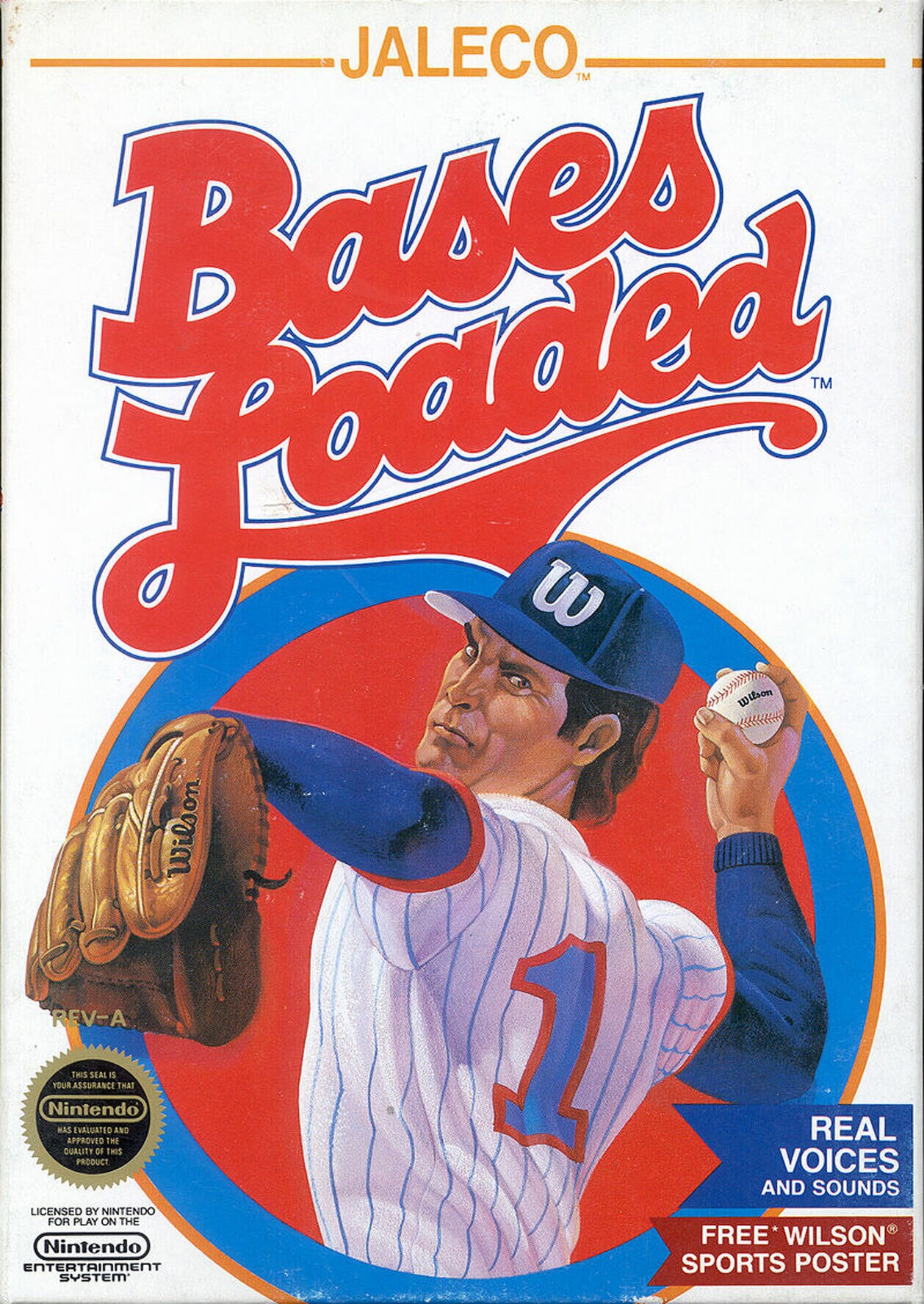 Sports games now have robust story modes, persistent franchise features, believable TV-style presentation and unlimited online competition against players of all skill levels. In other words, they have everything that I dreamed about having when I was a kid, but had to use my imagination to fill in. In theory, I should love this current era of sports games and I should love it a lot more than an antiquated baseball game on a lanyard.

Instead, I struggle to get into these games as much as I was ever into Bases Loaded (or Tecmo Super Bowl, Joe Montana Football, Ice Hockey, Arch Rivals and NBA Jam). There’s something missing that’s never felt as intuitive as playing both controllers myself, a thing that is, in fact, extremely counterintuitive and objectively nonsensical.

But at the same time, I think I’ve finally made some sense out of it. Sports are all about stories and the narratives that play out on and off the field, and maybe that was more interesting to me than their competitive aspects. Even though those games were too tough for me to play competitively, if I could dictate how things played out, then my imagination could run wild. Bases Loaded was like a blank slate for controlled chaos where anything could happen, and no matter how much effort EA, Sony or 2K Sports might put into their story modes, they’ll never outdo the creativity of a little kid on a lazy afternoon, getting lost in a world of unlimited possibilities where no game was ever boring.