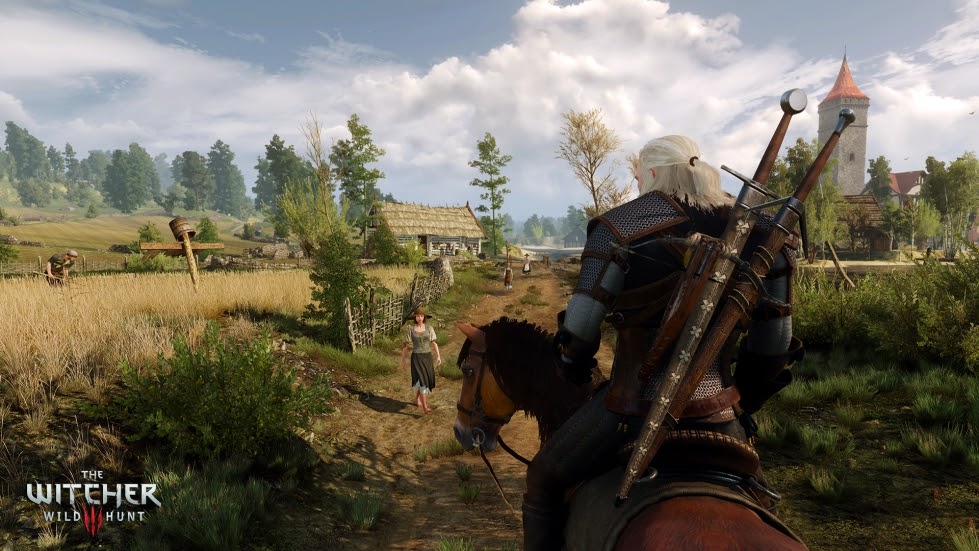 Most gamers would agree that what makes a video game special is not one particular element, but the whole virtually-built environment. The architecture of the game, the landscapes and scenery featured in it are always key factors in how a game is experienced.

The virtual environment is probably the one component most responsible for the player losing themselves in another world. An exotic and often fantastic world, for sure, but one which feels just as real and authentic as the world we live in.

Beautifully constructed landscapes temporarily transport us to a different reality. If made well, they have the potential to transmit extremely subtle things, such as sensations and even emotions. Of course, for the total immersion into the world of the game, the artists utilize techniques that are not always obvious to us. In the best cases, we are completely oblivious to them.

For me, the best thing about gaming, is just that, becoming a part of a new reality when I’m playing a game. One that does not necessarily need to make sense judged by the standards of this world, but a reality that is internally consistent and believable and at the same time fantastic. What defines a good game for me is the extent to which the fantastic and virtual becomes believable and real.

This is, of course, a very fine line to walk.

Here are some games that do that job well.

The plot is a mixture of alternate history and real-world events. It follows the ancient struggle between the freedom-loving Assassins and the controlling Templars. It is set in an open world and presented from the third-person perspective with a primary focus on using  combat and stealth abilities to eliminate targets and explore the environment. The game explores the life of an 18th-century assassin, a half-English, half-native American man known as Connor, in Colonial America during the American Revolution. As he famously said: “In the name of liberty, I will fight the enemy regardless of their allegiance. While men of courage write the history of this day, the future of our land depends on those who are truly free.”

The game allows us to explore many different landscapes and urban settings. From Connor’s Mohawk village, and the settlements such as Lexington and Concord to cities such as Boston, New York and Philadelphia, as well as the Caribbean during several naval missions. You can engage in many different activities, from hunting small and large animals to gambling.

The game continues the open-world tradition of its predecessors and the main story revolves around the player’s character, the Dragonborn, on their quest to defeat Alduin the World-Eater, a dragon who is prophesied to destroy the world. The game takes place in Skyrim, a province of the Empire on the continent of Tamriel, amid a civil war between two factions: the Stormcloaks and the Imperial Legion.

There are many striking and unforgettable environments, quests and characters: taking down a dragon and realizing that my character and the dragon are kin, finding a way around the Frost Troll while climbing the steps to the Throat of the World, encountering the giants who herd mammoths like sheep.

The game also offers very exciting settings and quests that are a bit closer to our reality – for example, in Beggars Brawl Arena mod which is a gambling mod many players went bonkers for, you can play full house casino games from blackjack to poker and slots.

Some fans are truly going crazy about the Arena and expressing their appreciation on Reddit: the “underground Arena, which is dark and damp, looks absolutely amazing, the atmosphere and lighting is so well done I felt like I was in a fight club. There are Dwarven slot machines, gambling, betting on fights and players themselves can fight in an arena and win money…”

Gambling in Skyrim is not unlike actual gambling. While it wouldn’t compare to the kinds of variety best bonus casino sites are able to offer, VIP membership in a Skyrim gambling den is something special. Portals like casinos.co.za may offer a range of other bonuses as long as you are a new player and a range of other bonuses, but in Skyrim amongst other cool perks you can gamble on people fighting to the death…

Of course in Skyrim, your game is reserved for Skyrim’s currency only, while the advantage of real gambling is that you can actually earn money.

On the other hand, the cool side of Skyrim is that you can enjoy your fantasies such as high-stakes gambling and betting without any risks. To quote mxrmods.com: “Try your luck with the dwarven slot machines, play some black jack, hazard, or simply relax and knock down a few bottles of skooma while listening to naked women play wonderful melodies.”

The first African video-game, developed in Kenya, and set in Nairobi in the year 2030. The game is a brainchild of Andrew Kaggia, a hardcore gamer and developer.

While playing games and fighting aliens in the streets of LA and NYC, Andrew had a thought: Why is it that the fictional aliens always land in the US? How would it look like if their ships landed in Africa? The result of this thought is in front of us: Nairobi X – a first-person shooter game that allows you to fight extra-terrestrial beings that have taken over Nairobi’s central business district.

An action RPGplayed in an open world in a third-person perspective that takes place in a fictional fantasy world based on Slavic mythology. You are a monster slayer for hire known as the Witcher who is searching for his missing daughter.

Your quest is set in the Continent, a fantasy world surrounded by parallel dimensions and extra-dimensional worlds. There you can interact with humans, elves, dwarves and all kinds of monsters. While being caught up in a war between lands of Nilfagaard and Redania, you can explore different locations including the free city of Novigrad, the Redanian city of Oxenfurt, the no man’s land of Velen, the city of Vizima, the Skellige islands and the witcher stronghold of Kaer Morhen.

You will battle many dangers with weapons and magic, interact with many characters and complete quests in orders to acquire experience points and gold. And these can be really stirring, from Kaer Morhen to simple ones as beating up all ‘em players in Gwent. What’s more, The Witcher has 36 possible endings, which is a justification for naming it one of the best games ever made. As Ciri says to Gerald: “This Is My Story Not Yours. You Must Let Me Finish Telling It.“