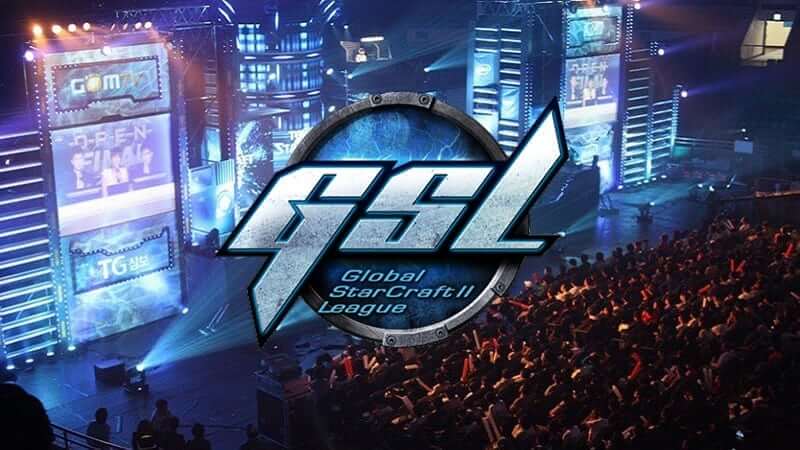 Kickoff for season 3 of the Global StarCraft II League began earlier this year on August 29th. Sixteen players are competing against one another on the otherworldly battlegrounds of StarCraft. The season is currently halfway in and will be the last of the 2020 calendar year.

GSL is the number one tournament series amongst StarCraft to date. Traditionally the league has held more than five tournaments a year, with this year being guided by the fog of COVID-19 and its impact on society and the world of professional gaming. Still, there have been three seasons to weather the storm and that is a statement of conviction that the players, coaches, and fans of esports can and will come together to keep the industry afloat.

GSL is taking place in Korea and with half of the competitors eliminated, the throne is anyone’s prize at this point. The final group stage has commenced and the remaining 12 players have been divided into three groups of four, where only two will proceed, leaving the others in defeat. Groups A and B have ended with Zest, DongRaeGu, TY, and Armani moving forward. Cure, Solar, Zoun, and Dream have all been knocked out.

The league features almost exclusively Korean players, and the only exception was SpeCial who was defeated in the first group stage. The players currently face-to-face are some of the best competitors to appear on the GSL stage, and the rest of the season will showcase their skills and knowledge at the top level. The third stage ends October 10 and the playoffs will lead into the final showdown on Halloween.

Below you can see the list of competitors and their odds to win by sportsbookreview:

StarCraft 2 GSL 2020 picks can be tough to call, but it doesn’t come as a shock to see Rouge as the number one pick for this season. The Zerg player has been completely dominating the league this year and has more than a few wins under his belt. He’s also the defending champion of the GSL Season 2, making his way through the group stages and taking full control of the playoffs. The man only lost a single game of 12, netting him $25,000 USD to take home along with the trophy.

Though he is the reigning champ, he might have marked himself red for players itching to take his place. Without any games played yet, season 3 Rouge is shrouded in mystery and it will be interesting to see how he adjusts his gameplay for the current and final stage.

REVENGE HAS A NAME: STATS

The runner-up of season 2, Stats is no doubt looking at this tournament as a chance to redeem himself against his loss to Rogue. While he’s not in the top 3 favored to win, it would be fit to see these two go at it again in the finals, seeing as Stats was the only player to take a game from Rouge in the last playoff brackets.

Though Maru is the number two pick for season 3, his track record for 2020 has proven him unable to win out. He is also shown a tendency to under-perform against Zerg players, so a finale against Rogue might be too high a hill for him to climb. Odds place him higher than expected given his history, but Maru is still one of the most talented StarCraft players in the game today.

Zerg technically has the best odds with Rouge being at the top of list, however the other TWO players are in the middle and bottom of the bracket.

Terran has the highest number of players in the top spots, and they dominated the first part of the year. That being said, they have also struggled to succeed in GSL season 2.

Protoss has some of the fiercest competitors: Stats, PartinG, and Trap. Trap has ended in the top five of his last six tournaments. He’s yet to secure a win, but is entering the final stage off of a second place finish at DreamHack Masters Summer. He will definitely be one to watch, and his odds place him as the underdog of the final season of the year.

Shadows on the Cave Wall: Finding Clues in Scooby-Doo: Betrayal at Mystery Mansion