Me? I was at home. It was a Tuesday. Incidentally, I’d seen a car accident outside my office building on West End Ave. earlier that evening. I remember because I snapped a picture of the tow truck carting off the crunched-up taxicab as I headed for the subway back to Queens. I didn’t know at the time that this event represented a bit of foreshadowing, or that I’d have reason to look it up more than four years later.

On the night of May 31, 2016, I came home from work. I took off my shoes in the front hallway. I kissed my wife hello. I ate dinner. I put my then-10-month-old firstborn son to bed. And then, while I sat snug and safe in my living room, approximately seven million people across the country tuned into CBS to watch a fatal shootout in my very own neighborhood — a blaze of deadly gunfire that not only circled my house within a quarter-mile radius but, at one fateful point, took its victims right past my house, down my quiet residential block just off Astoria Park.

I heard nothing. I saw nothing. Admittedly,  had I been standing on my front porch, I still wouldn’t have glimpsed the gray, bullet-ridden sedan as it drove by. I was never in any danger of being struck by stray gunfire. I could have walked into the middle of the street outside my house, in fact, and jumped in place while shouting and waving my arms, and even then I wouldn’t have seen or been seen by the passengers inside the vehicle — only one of whom was busy dying at the time.

That’s because inside the car were Amy Acker and Michael Emerson — Root and Harold, to the initiated — and the gunfight — a scene from Season 5, Episode 10 of Person of Interest — wasn’t real and it wasn’t live. I was wholly unaware of its existence until only a few days ago, when I finished binge-watching the Jonathan Nolan series I, against conventional wisdom, argued was better than Westworld in last month’s Unwinnable.

As you might imagine, I was transfixed by the scene, picking out details — many of them obvious continuity “mistakes” if you know the area and are looking close enough for repeated backgrounds through the driver’s-side window. Although they’d used one particular stretch of street a short walk from my house a few times before — and I all but assumed picturesque Astoria Park would play a role, too, which it ultimately did — I never thought I’d see what I saw just after the sniper on Shore Blvd. turned to leave his rooftop. I had to freeze-frame it just to be sure, but there it was: my little road-less-taken side-street, lined with some of the same parked cars I could go outside and look at right now as I type this. In fact, I managed to convince my begrudging wife to help me loosely recreate the shot with our two children riding in one of their toy vehicles. At least a couple of the cars are in both images. 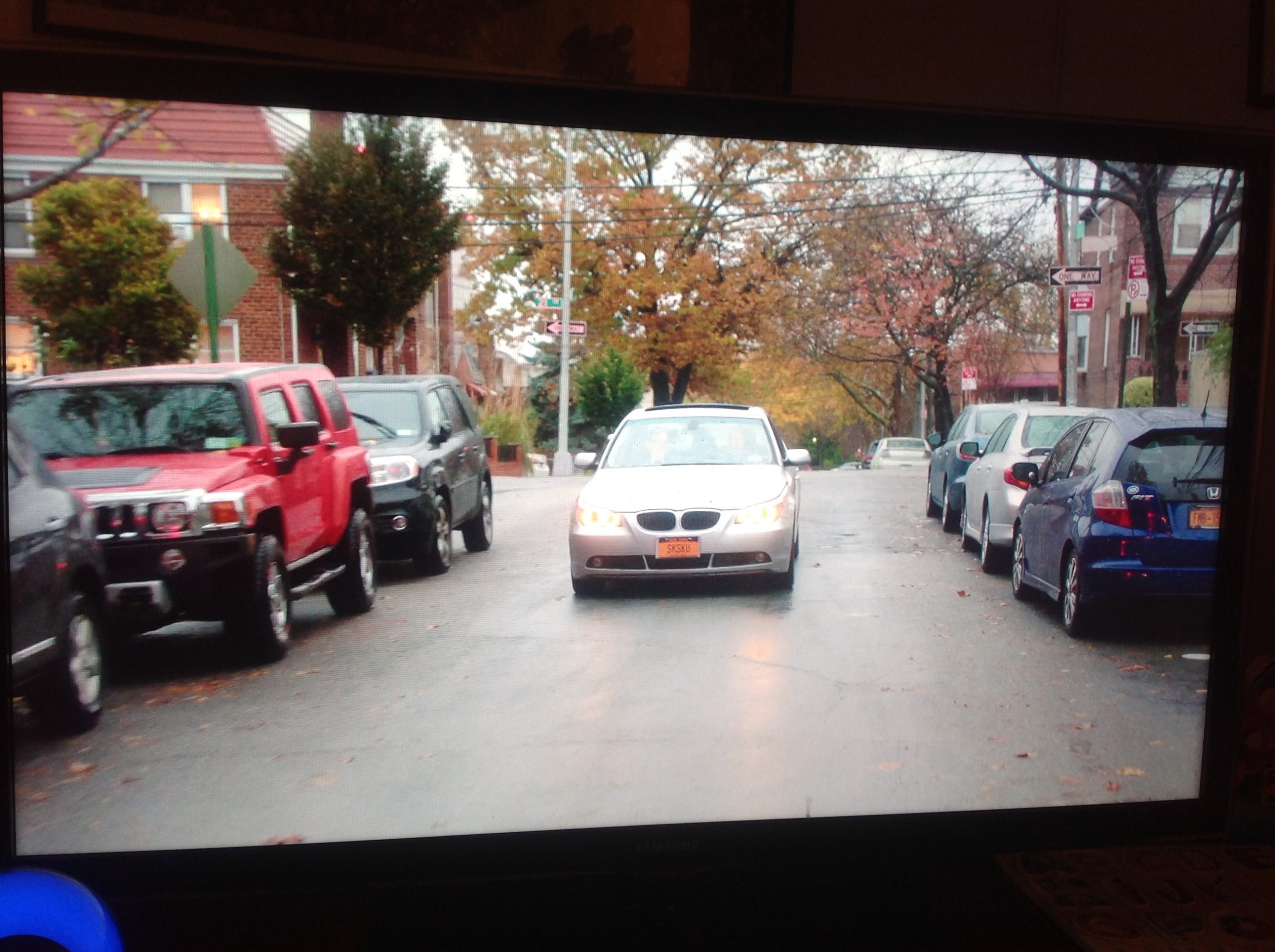 Yes, I live in New York City, where, at least until COVID came, film crews are practically ubiquitous. I used to live a block over from the Constanza house, and I regularly pass by places photographed a thousand times a day. Really, none of this should impress me. But until this moment I never had a show I loved hit, well, this close to home.

Naturally, I had to find out exactly when it was filmed. How did I miss it? I had seen plenty of filming around town before, passing period vehicles parked on the street or stumbling upon fake crime scenes set up in the park. But we had only moved into our current place that past November. The shot from the show? It was clearly taken in the fall. This was going to be a close call. I scoured the Internet and, wouldn’t you know it, I actually found a six-second cellphone video taken by a fan during the taping — which occurred on Nov. 2, 2015 … about three weeks before we arrived.

Disappointing? Maybe. But I like to think it means I experienced a rare brand of television paradox: I was both there and not there during a gunfight that both did and did not tear through my quiet slice of Astoria.

Quiet, that is, until the next show — who knows, maybe even Westworld — chooses to turn down my apparently quite photogenic, though typically totally ignored, little side-street.

The Number of the Beast, Side A